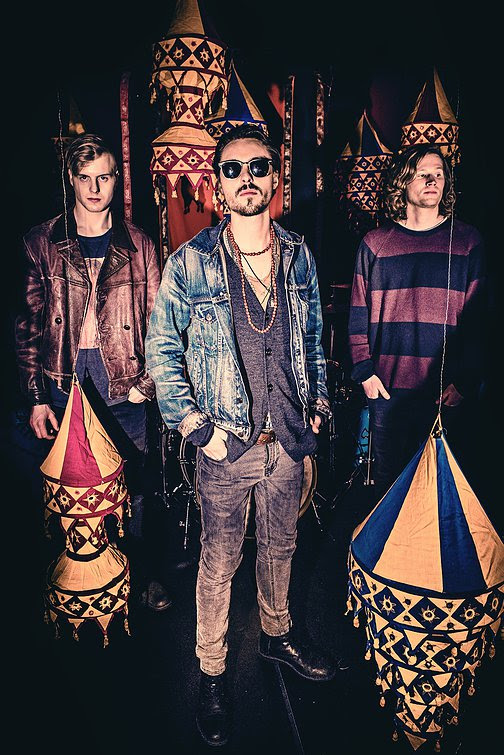 We‘ve left them on the Tavastia stage on the 28th of December 2012, very young and maybe a little inexperienced. What were they doing during these years?

LFdM: Hello guys, it’s a pleasure to talk to you again after two years. How are you?
FoG: Hello hello hello!! We are really good! We just played our first tour in USA and that was lot of fun!
Now few more gigs in Finland, next month we're going back to Russia and then we go to the studio.

LFdM: I kept on following you after that night in Tavastia Klubi, because I found your music very interesting and I’m really impressed by your stylistic evolution in these two years. Can we start from the first of January 2013?
What happened since then? Has your experience as a support band for HIM helped you in some ways?
FoG: Thank you! Hmm lot of things has happened!!
We've been recording a lot and we've been playing a lot of gigs all around and we have a new drummer (Lauri).
Supporting HIM helped us a lot, first of all and the most important is that it was a dream come true for me.

LFdM: Listening to your new material and seeing your new pictures, it seems not only your style has evolved, but you also changed your look. Are your image as a band and your musical style still in evolution or did you find your balance?
FoG: Well, i don't think we think about our style that much. I find more important to write good songs. I think bands always change and that is just hows it goes. Boring answer but thats hows it goes, at least in our band.

LFdM: Do you think is important to be eclectic in what you do?
FoG: Things can go really boring easily, so i think yes, it is.

LFdM: We all know it’s difficult, nowadays, expecially after a first release, to be focused on your goals and to have new material as good as to capture the attention of the media. How much time you dedicate to your music to create something really good?
FoG: I don't know if its hard or easy. Its all about the songs and in a way timing and luck. All that matters for me and for us is the music. Music is the only reason to do this so of course we try to create something special and good all the time.

LFdM: Last winter you played some gigs in England. You’re starting to gain more popularity, new fans… Is there any possibility to see you touring Europe soon?
FoG: Yes there is.

Special thanks to Jennifer from us!

For more news and updates check the Face of God Facebook page and Offcial Site! 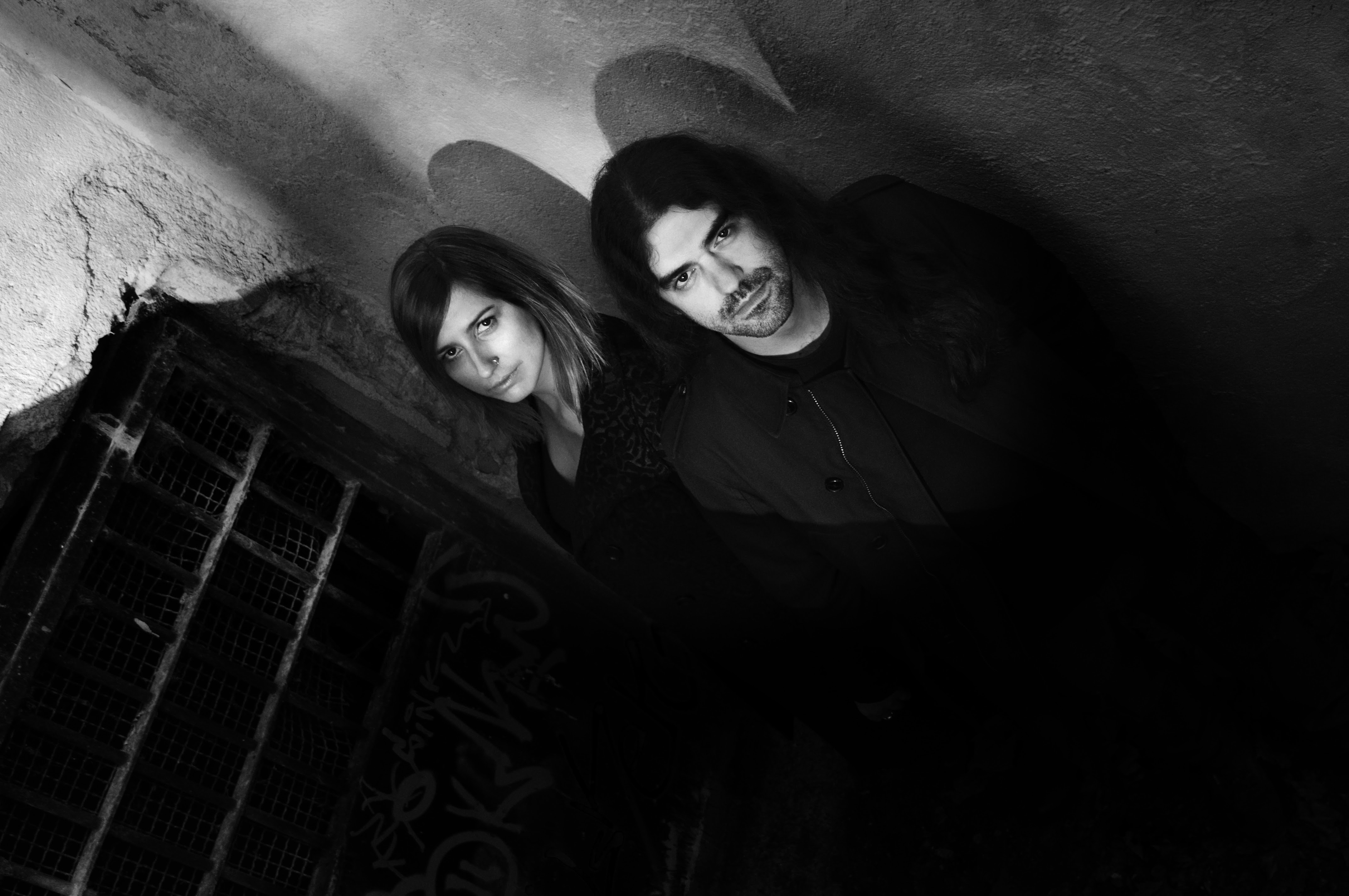 "Universal Theory" is a spanish dark/gothic duo formed by Jesus Pinilla and Maria Jose Martos. Discover with us their deep and romantic sound!

LFdM: Hi guys, thanks a lot for this interview.
How you know, we want to share new sound and bands in our country (Italy)  through a short interview in which you showing the true soul of the band, to our reader.
I read that the concept behind Universal Theory is based on "the pleasure of searching": starting with this?
Jesus: Hi! Thank you too.
Well, this idea is based on science and knowledge. Scientists are continually looking for something and this search is precisely what moves us to discover, find and explore new paths and ways.
As some scientists say, and I love to say “Happiness is in the anteroom of Happiness”

LFdM: There are important influences in your album as Tiamat or Anathema, -- what do you think about their way to compose and create a special atmosphere? 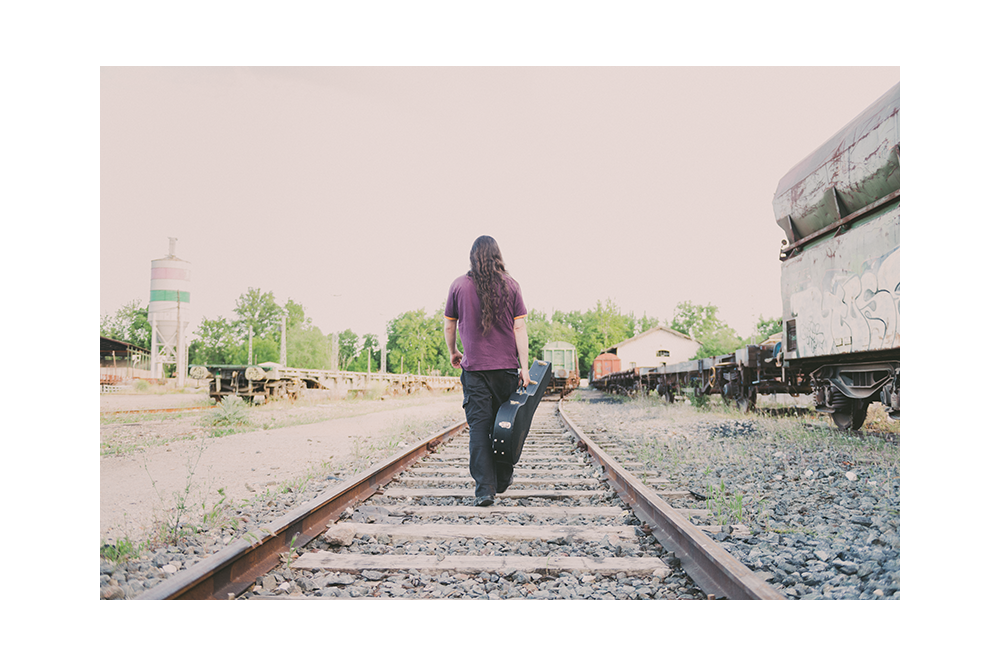 J: Yes, we have some influences from Tiamat and Anathema. The ways these bands compose are wonderful. Each of them has their own sound and all of them are capable of leading you to the dark and the deep like Tiamat or leading you to the transcendent, from sadness to happiness, and sometimes they will take you to another place or to the other side like Anathema.

LFdM: "Mystery Timeline" sounds have inside much progressive reflections -- how did you get to this kind of music?
J: Under the concept of “The pleasure of Searching”. Also, I found this kind of music because I believe that before you write a song you need to have a reason for writing it, and in Mystery Timeline each song tells a story, a thought, desires or experiences through the sounds.

LFdM: The artwork of your album is wonderful ..what is the meanings?
J: The cover is the Prague Astronomical Clock and the meaning is once again the Mystery of Time. 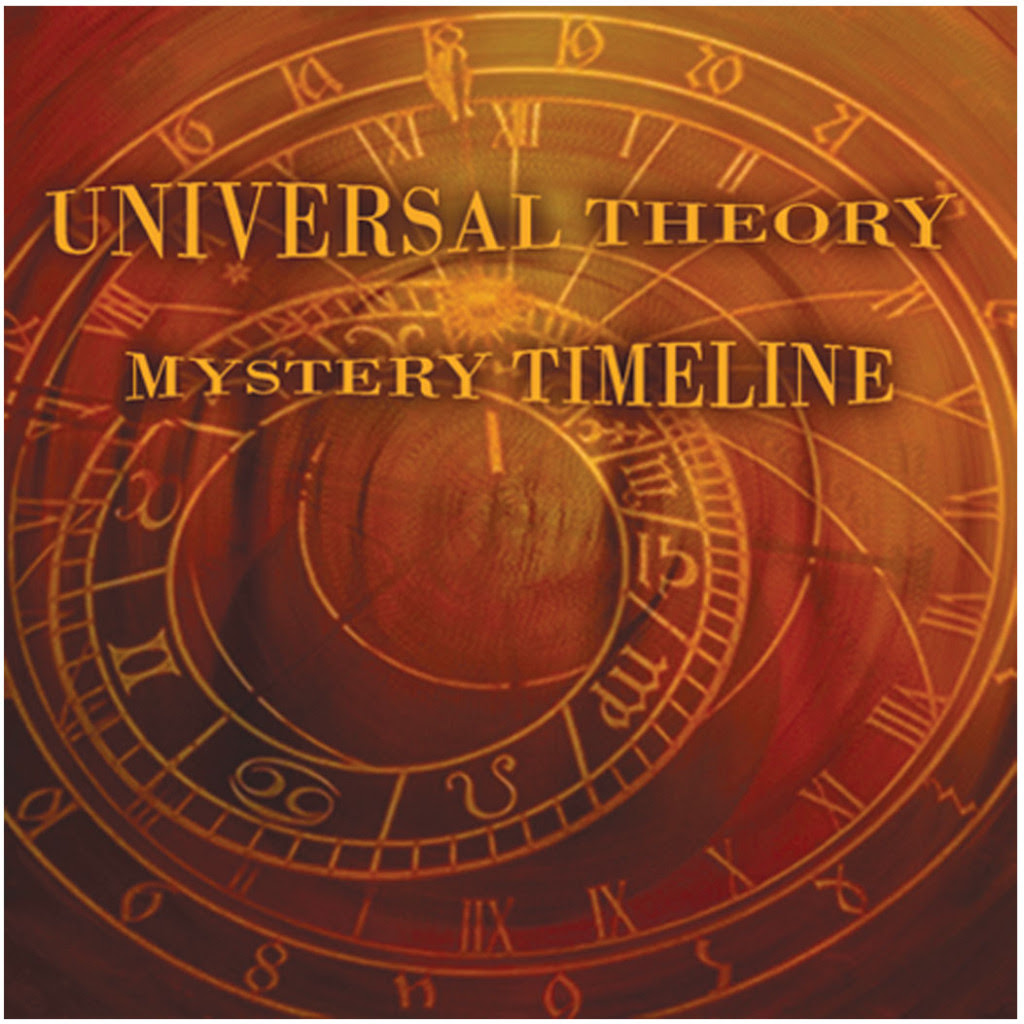 LFdM: What can we expect from Universal Theory in the future?
J: We are working on new songs for the new album (Second Album) and we hope you keep listening to Universal Theory and hopefully later you can see Universal Theory on stage all over the world.
Thanks so much!
It’s been a great pleasure talking to you.

1. Turn Me On
2. Timeline
3. What Dreams Hide
4. Conversations With Myself
5. Enchantment
6. Grand Mystery
7. Let Your Desires
8. Maybe

LFdM: You recently posted on your YouTube channel your recent single "Undone" from "Mental Absoluon". Let's start from your first impressions about this single and about the sound of the new album in general.
Z: "Undone" is a very direct and in your face kind of song and we chose that to be the first you would hear from the album just for that reason. It´s easier to spark an interest with a song that is more to the point than maybe a more slow started one, and we like it a lot ourselves. It felt only natural to make the oﬃcial announcement and the inial promoon of the album with Undone. As for the rest of the album, it´s very diverse with a lot of diﬀerent tempos and moods. It´s not like we have an album full of songs like Undone, in fact, we will release another song very soon. And that song is the very opposite to Undone, it´s slow paced and emoonal. We want to show the diﬀerent sides of Zephyra. So stay tuned for that song folks!

LFdM: Since the first listen it seems there is a great job behind it, especially with the sound. How long did you work on this album?
Z: Oh wow! It kind of depends on when you start to count actually. The very first work on the album began in the first half of the last year with the song wring process. During summer and autumn we wrote more songs, recorded pre producons and rehearsed really hard. In december we travelled to Italy and did the actual recording of the album during three weeks at Mathlab Recording Studio. Since then it´s been all about all the post recording stuﬀ like mixing, mastering, album cover and so on. It´s a lot of work we can ensure you! 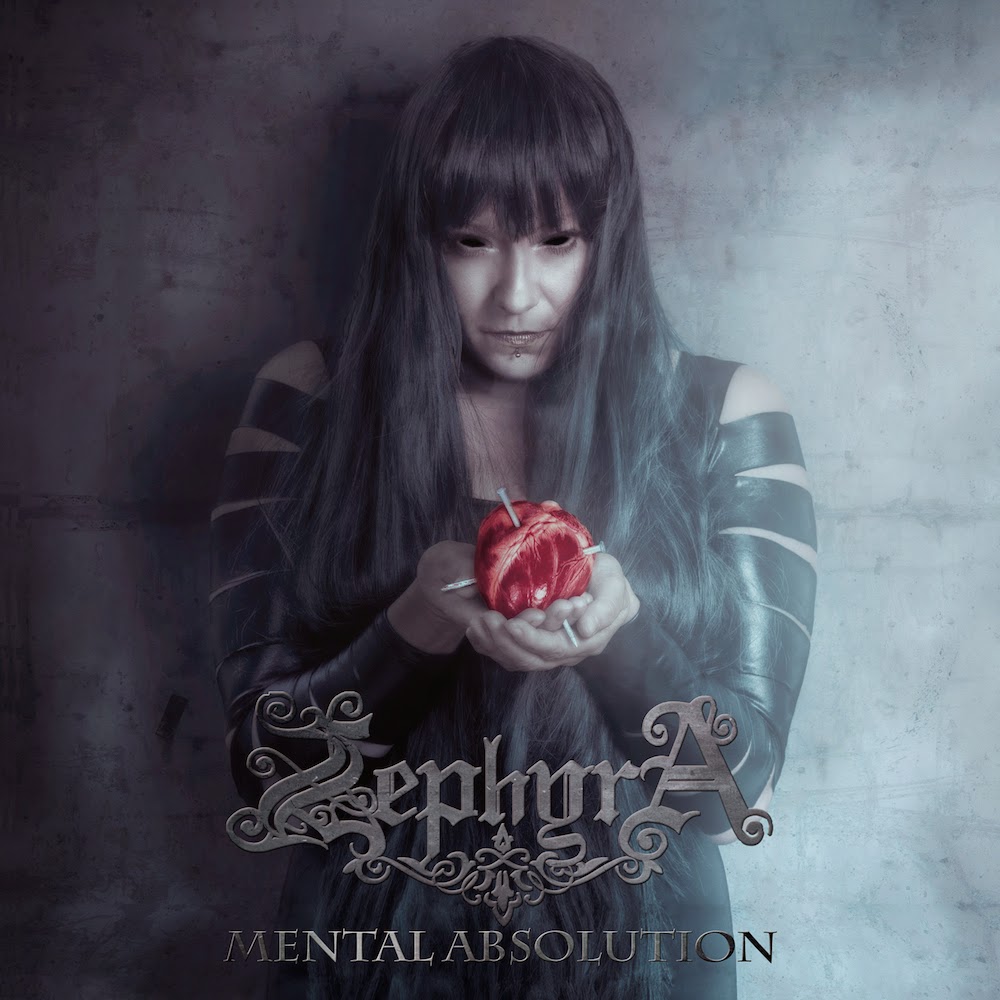 LFdM: In this track I feel a lot of thrash influences, how do you see this kind of contaminaons ?
Z: Tony, the guitar player, is the main songwriter, and his guitar style is strongly influenced by the thrash metal scene. So the fact that we have a big poron of thrash metal parts as a foundaon of our songs is only natural. But with that said, we do not see ourselves as a thrash metal band. We have a great deal of influences from various styles, as for example from power, progressive and melodic death metal. On top of that we have Åsas disnct vocals. She has a diﬀerent singing style from what you normally would hear among female vocalists in metal, especially with the clean vocals. So we don't really put a label on ourselves, it´s up to others.

LFdM: Many north-european bands somemes write and sing songs in their own language and I find this really nice. Will there be something like this in the upcoming album? Could you reveal us a bit more about it?
Z: There is nothing like that on our upcoming album. We have played around with that idea though. Our last EP was actually called ’Kämpaglöd’ and that translates into something like ”Fighng spirit”. Somewhere down the line there will probably be a song with swedish vocals, me will tell.

LFdM: What's the origin of the name of the band?
Z: It´s a funny and a simple story actually. When we started the band we would have to come up with a name, and Åsa came up with the name Zephyra. Åsa´s and Tony´s dog is named Zaphira and Åsa just took that name and re-arranged it a lile bit and the name Zephyra came about. We’ve always liked it and it has stuck with us. Besides, it´s too late to change it now anyway, ha ha!

LFdM: You have a singer who goes fluidly and naturally from clean to growl vocals. Thinking of bands like Arch Enemy, Angela Gossow and Alissa White-Gluz also have amazing voices and also they come from Sweden. Do you think this aspect is a way to keep high the aenon on your music?
Z: We don´t know. You can never copy and paste what someone else is doing. Of course we have some influences from bands like Arch Enemy, especially from Åsa´s side and at a certain extent you can ”ride” on what´s popular at the moment. But if you buy a Zephyra album and think that you gonna hear Arch Enemy 2 or The Agonist 2, you are way oﬀ. It´s true that we have a poron of that in our music, but we also have a great deal of other stuﬀ that at least we think it´s not so very common. We´re not a death metal band like Arch Enemy and we are not a gothic band like Within Temptaon, but those are sll the two main styles many people oen think of when they hear about a female vocalist in metal, at least from our experience.
No disrespect to bands that play those kind of styles, we listen to a lot of those kind of bands ourselves, but somemes you get labeled as soon as they hear about a female vocalist in a metal band, instead of just listen in on the band and decide themselves.

LFdM: Ok, now you should use all your compelling ability - In one word: why someone should listen to Zephyra?
Z: Dynamic!
LFdM: \m/
Interview by Michela