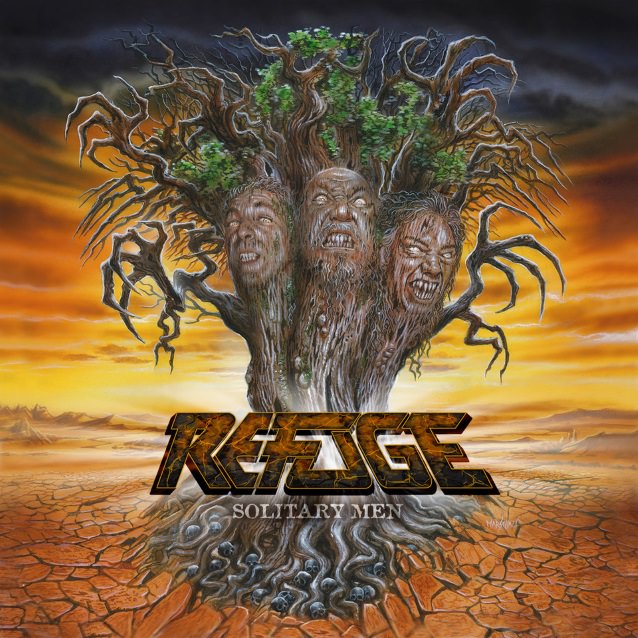 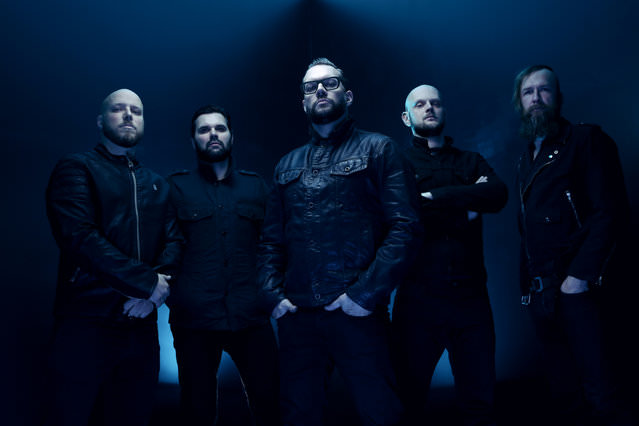 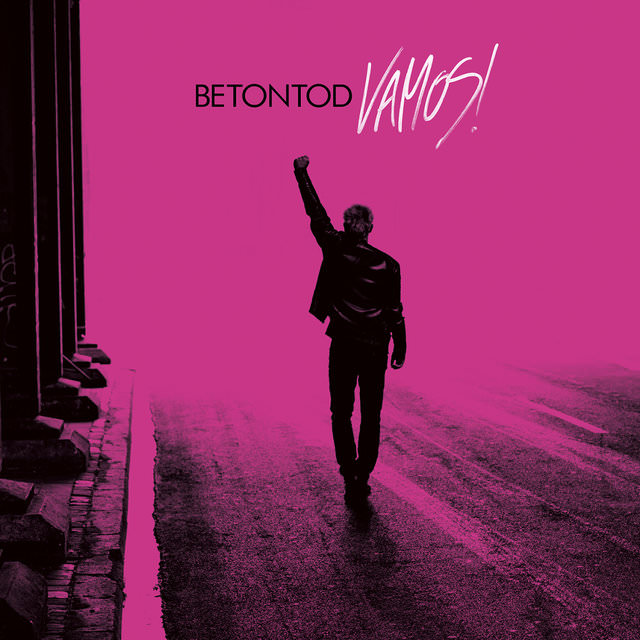 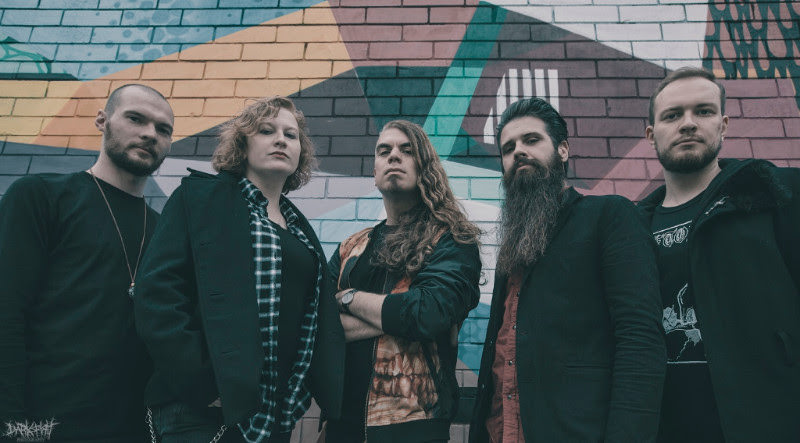 VOYAGER comments: "We are very excited to be joining forces with Season of Mist! Not only will we be working together to produce and release new music in 2019, but also to reissue our entire back catalogue for the first time. Season of Mist have a long history of strongly supporting unique acts, and working with them to nurture their creativity and help them reach a wider audience. Danny, Ash, Simone, Scott and Alex believe they couldn't be a better fit for VOYAGER and are stoked for what the future brings for the band and label."

"Australian pop sensibility with modern progressive heaviness - this is the cult force that is VOYAGER.

With 6 full-length albums under their belt and shows throughout North America, Europe and Asia with the likes of DEFTONES, OPETH, DEVIN TOWNSEND, CHILDREN OF BODOM, SOILWORK, NIGHTWISH, EPICA and ORPHANED LAND, the five-piece from Perth is now firmly entrenched in its international repute as "the band who doesn't sound like anyone else".

VOYAGER’S sensationally anthemic songs offer huge soundscapes, pop and prog sensibilities with catchy and thought-inducing instrumentals. With concerts described as "amazing chemistry blending pop with heavy, technical and progressive riffs", VOYAGER are consistently a live force to be reckoned with. 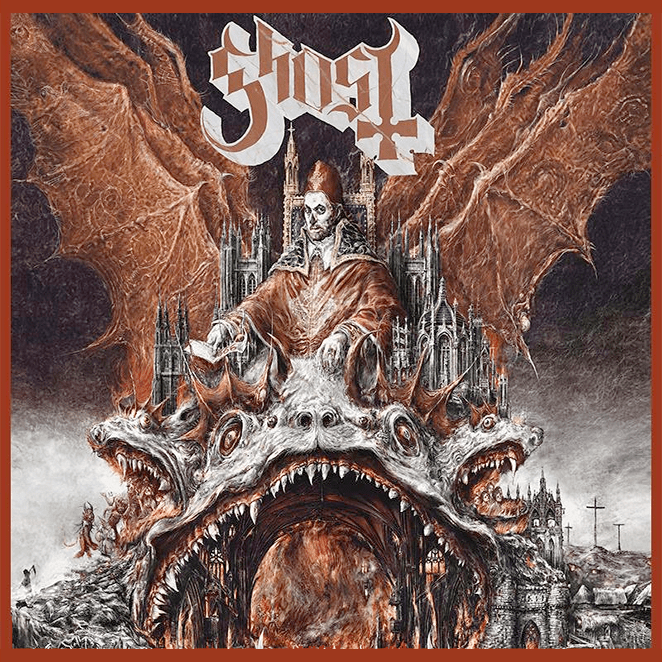 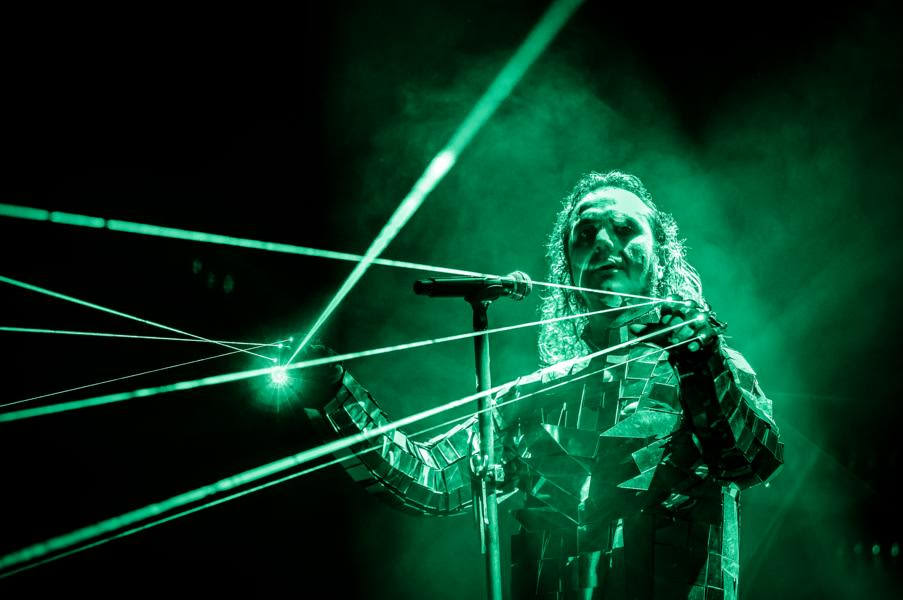 It was a very special evening when MOONSPELL played an exceptional show at the Campo Pequeno arena in their hometown Lissabon on February 4th, 2017. That inimitable bond between the gothic metal act and 4.000 of their fans in the sold-out venue is pure electricity, captured for all eternity on the massive Live DVD/Blue Ray/3CD package Lisboa Under The Spell which will be released on August 17th via Napalm Records. Today the band release a brand new live clip of their song “Alma Mater”.

The band on the new live clip:
„MOONSPELL’s „Alma Mater“ holds for us the true meaning of this Latin expression. It talks about something bigger which unite us, and it’s not God, Politics or football but an eternal sense of belonging and returning. That’s why „Alma Mater“ is the biggest MOONSPELL song. Enjoy it in its home country, our „Alma Mater“ Portugal!!!“

It was definitely about time, since MOONSPELL aficionados have been thirsting for a new live release ever since Lusitanian Metal (2008)! Thus, Lisboa Under The Spell is not simply a visual testimony to the success of Portugal`s biggest metal band – it is a celebration of the unbound creativity and pure magic that is MOONSPELL. 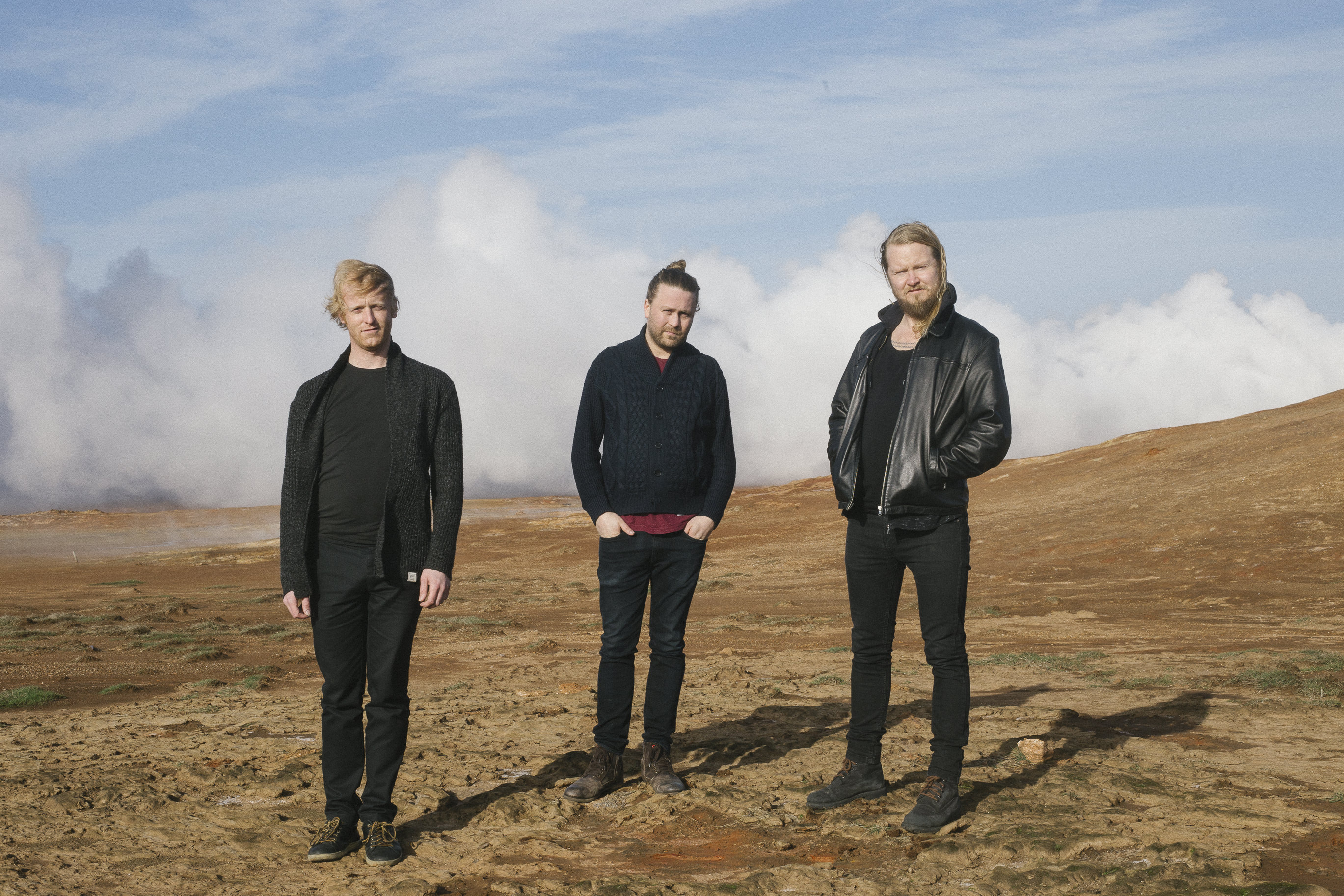 Today marks the release date for ÁRSTÍÐIR's brand new album 'Nivalis', and the enigmatic Icelanders are celebrating this with the release of a spectacular new video for the track 'While this Way'.

LFdM: Hi guys, thank you so much for this great opportunity.
Let’s start out by introducing your band to those readers who have never heard of you before. What is the story of ÁRSTÍÐIR?
We're celibrating our tenth anniversary this summer. Our band was formed in 2008 and we performed our first show the same month as the banks crashed over here. Two years later we we're embarking on our first international tour, and we nearly did not make it because of the Eyjafjallajökull eruption. But part from financial calamities and natural disasters, our career has been a fatastic journey that has taken us all over Europe, North America and to the depths of Siberia, and now we're about to release our 5th studio album Nivalis on June 22nd.

LFdM: I read this quote about you: “mixing many influences taken from different styles into something quite unique, which might tentatively be dubbed Icelandic independent”. Is this how you would try to describe your sound?
We just write the music and then we leave it to others to put a label on it. Through the years we've been called all sorts of things: folk, indie, pop, world, minimalist, progressive, rock, chamber pop and sometimes just “Icelandic Independent” like you said. I actually think that comes closest to describing us.
The fact that our music mixes a lot of influences, and the fact that it is hard to put a label on it, is also the same thing that makes our fans drawn to our music.

LFdM: I think your music is very related to the creation of situations of extreme contrast: you suddenly change from a quiet part into a blasting black-like sequence and back into a softer part. What should we expect in terms of sound or feelings from the new album ? 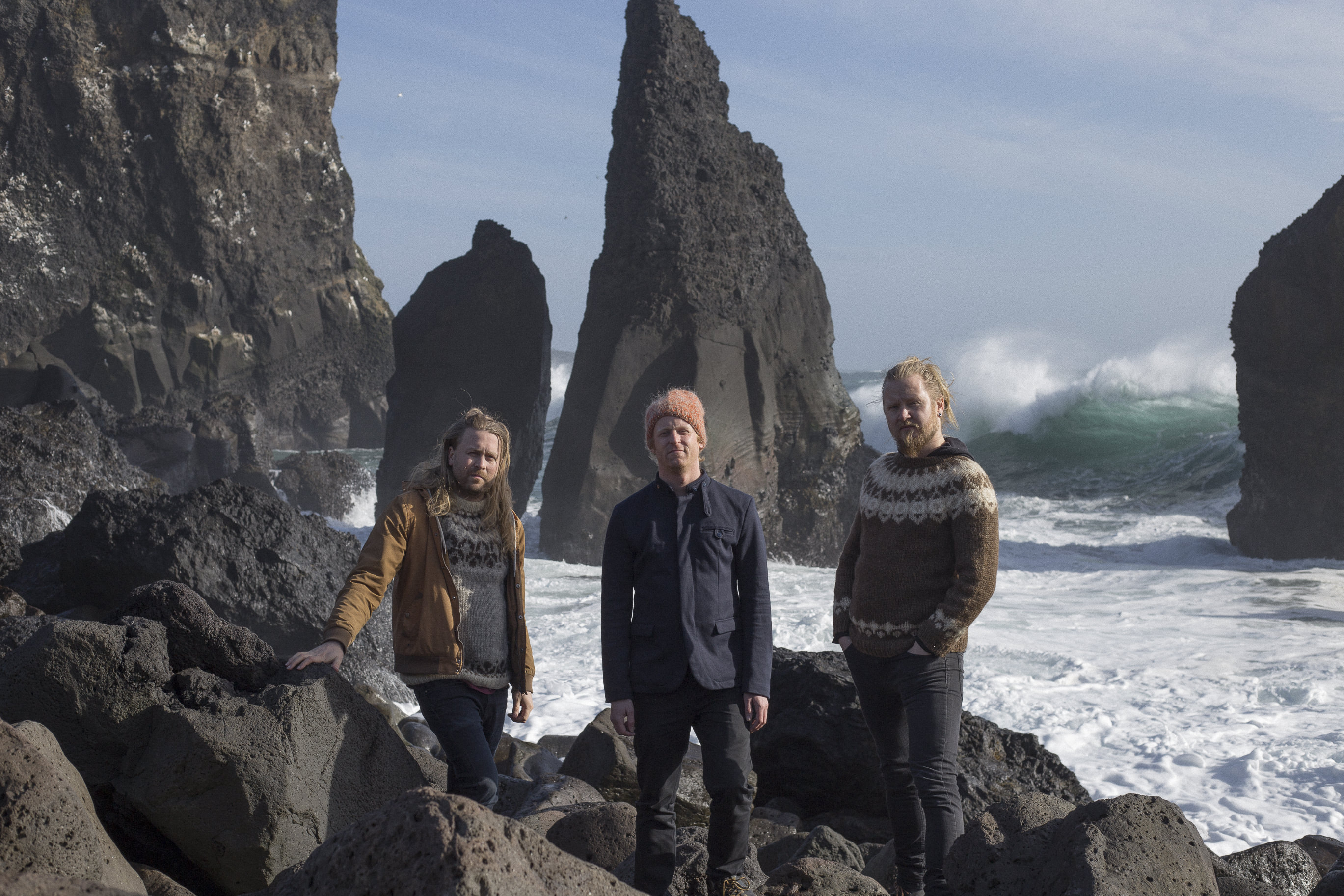 It's true, we play a lot with dynamics. When we make albums it's a roller-coster ride of emotions for us, and the music is a reflection of that. Some songs can be very tender and and minimalistic, and others can be dramatic with epic finales. This constant turn of emotions comes natural to us when we're writing, and it keeps it interesting for us when we play. So expect a roller-coster ride when you listen to Nivalis.

LFdM: The artwork of the new album is really simple. What’s the meaning behind that? And how does it connect to the album?
Nivalis is a latin word that means “Like Snow”, and is often used in latin names of anmimals and plants that live in arctic environments, and thrive in cold and hard conditions.
Living in Iceland people tend to be very affected by the nature and weather conditions, and how these change with the seasons. Our name, Árstíðir, means “seasons” in Ielandic and in our mind birds represent the changing of the seasons. Some migrate and come back, others stay and change the colour of their feathers. Many of our albums have had pictures of birds or feathers in some way.

LFdM: Do you read reviews about your works? Does it have any further influence on your creative process?
Yes, of course we read them, but we try not to get influenced too much by them. We just try and stay true to our musical expression and play music that we believe in. When we play concerts and see the reactions of the people listening then THAT is what truly matters.

LFdM: What are your next tour plans?
This September will mark the beginning of an intense touring period. The final dates are being settled, and so we'll announce very soon. We hope to see you on the road!

LFdM: That would be great guys! Thank you so much for your time and let's hope to meet you live! 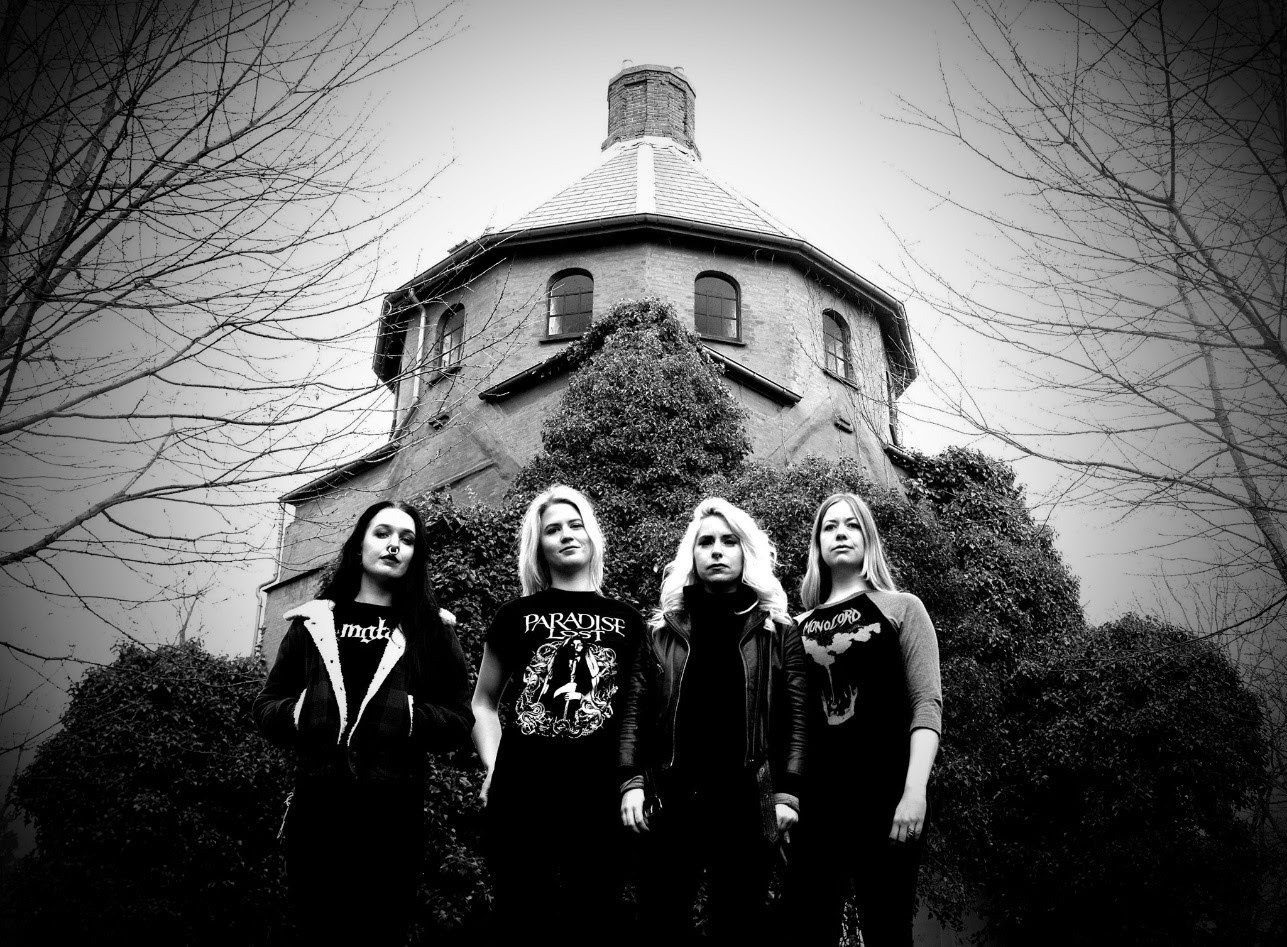 Slowly but insistently, resounding bass riffs and a brutal death vocal will pierce through your body, as KONVENT make you feel their love of heavy and simple oldschool doom. Last year KONVENT released a demo, which quickly became the beginning of a warm welcome into the Danish underground scene, and since then they have played all over Denmark with great reviews.

The band on the signing:
"We are extremely proud to be teaming up with Napalm Records on our coming releases, that we a currently working on. This collaboration will give us the help and support we need to take our music further and we can't wait to show you all of it next year, when we release our debutalbum through Napalm Records."

At the moment the band is focusing on making new material to release. Be on the lookout for a brand new studio album in 2019! 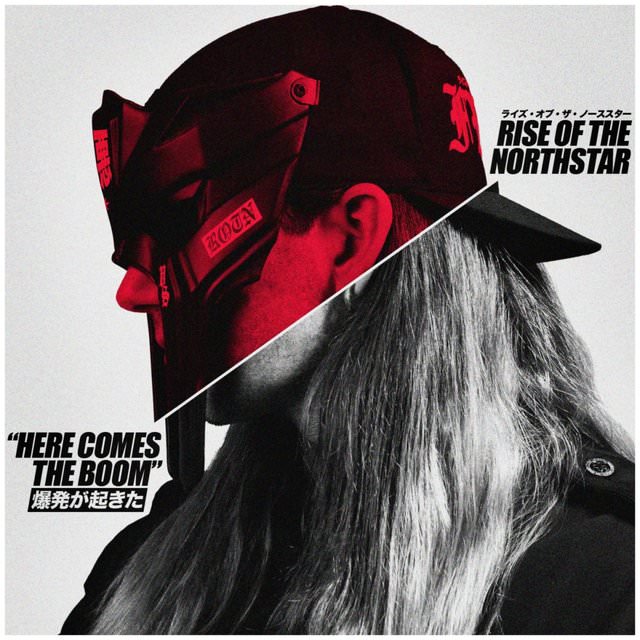 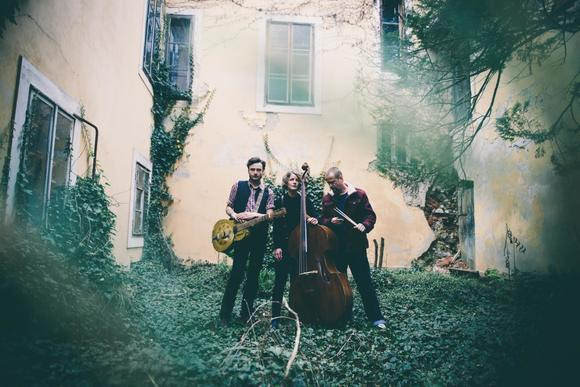 To give a first appetizer, the band just premiered a first single for the track 'Caroline' with THE OBELISK, which can be now also streamed and downloaded here:

A touching music video for 'Caroline' has been premiered earlier, dive into the unique and atmospheric sounds of THE GHOST AND THE MACHINE and watch the video right HERE!

"On RE RAIN TIRES we created floating structures within the songs to dive into,“ the band comments. „It's full of weird but yet precise sonic landscapes and still in constant touch with the rough spirit of long-forgotten prison songs. We're really looking forward to share this piece of intimate but untamed music with you - Love it, hate it, buy it, spread it - in either case enjoy it!" 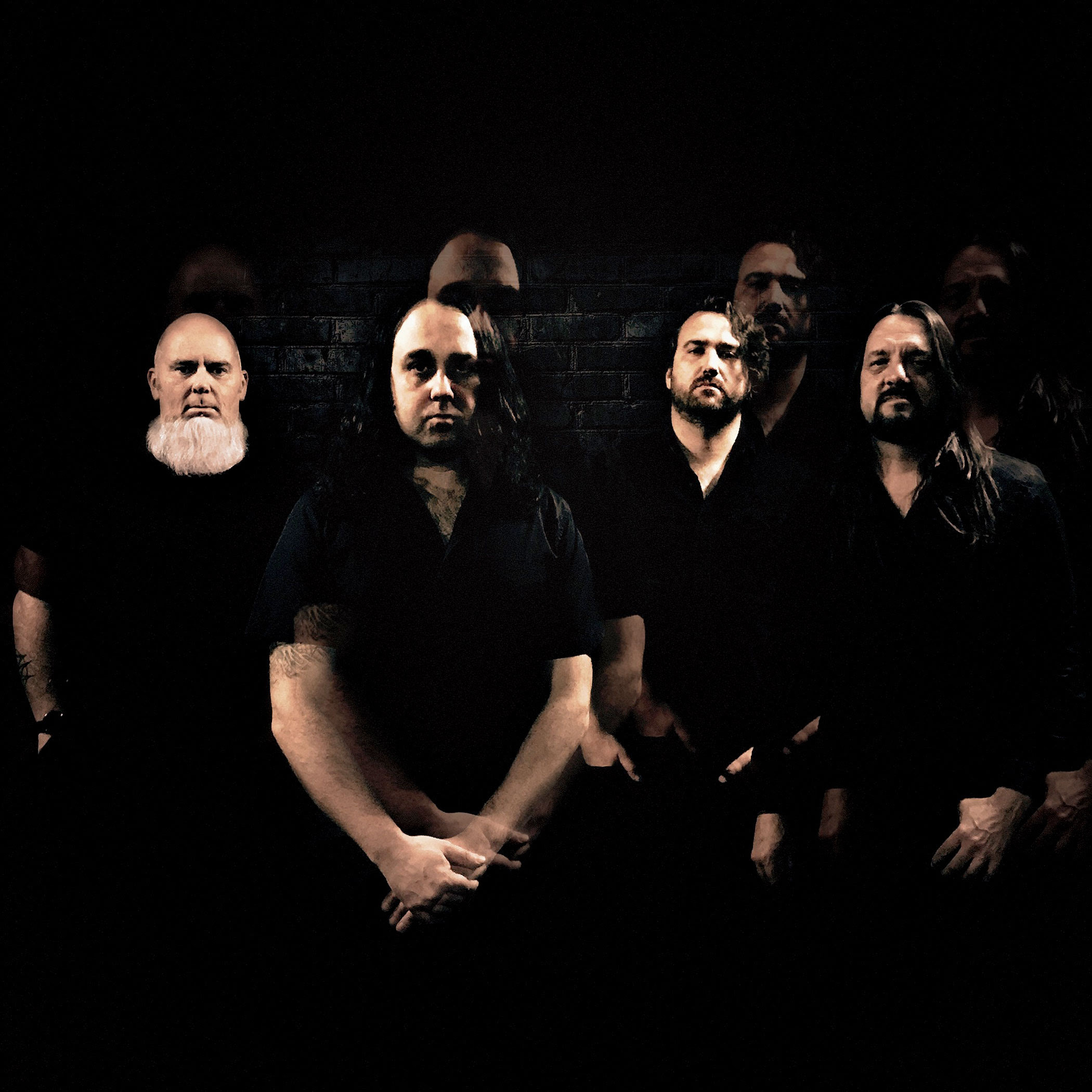 The Eternal have released the first single from their upcoming album ‘Waiting for the Endless Dawn’. ‘In the Lilac Dust’, which features the enigmatic voice of Mikko Kotamäki from Finnish doom legends Swallow The Sun, is available on all major online services such as Spotify, iTunes & Apple Music through Finnish Label Inverse Records.

The current incarnation of the band featuring Mark Kelson (Alternative 4, Insomnius Dei, Cryptal Darkness), Martin Powell (My Dying Bride, Cradle of Filth, Anathema), Marty O’Shea (Dreadnaught) & Dave Langlands alongside the addition of renowned Australian guitarist Richie Poate (Dreadnaught). The band have spent over 3 years writing and recording what can be best described as the bands darkest & heaviest album to date.

Waiting For The Endless Dawn proves to be a heavy hearted, dark statement in the bands diverse and long career, which will see the band endeavouring to tour extensively and performing the album in it’s entirety in 2018 and beyond. 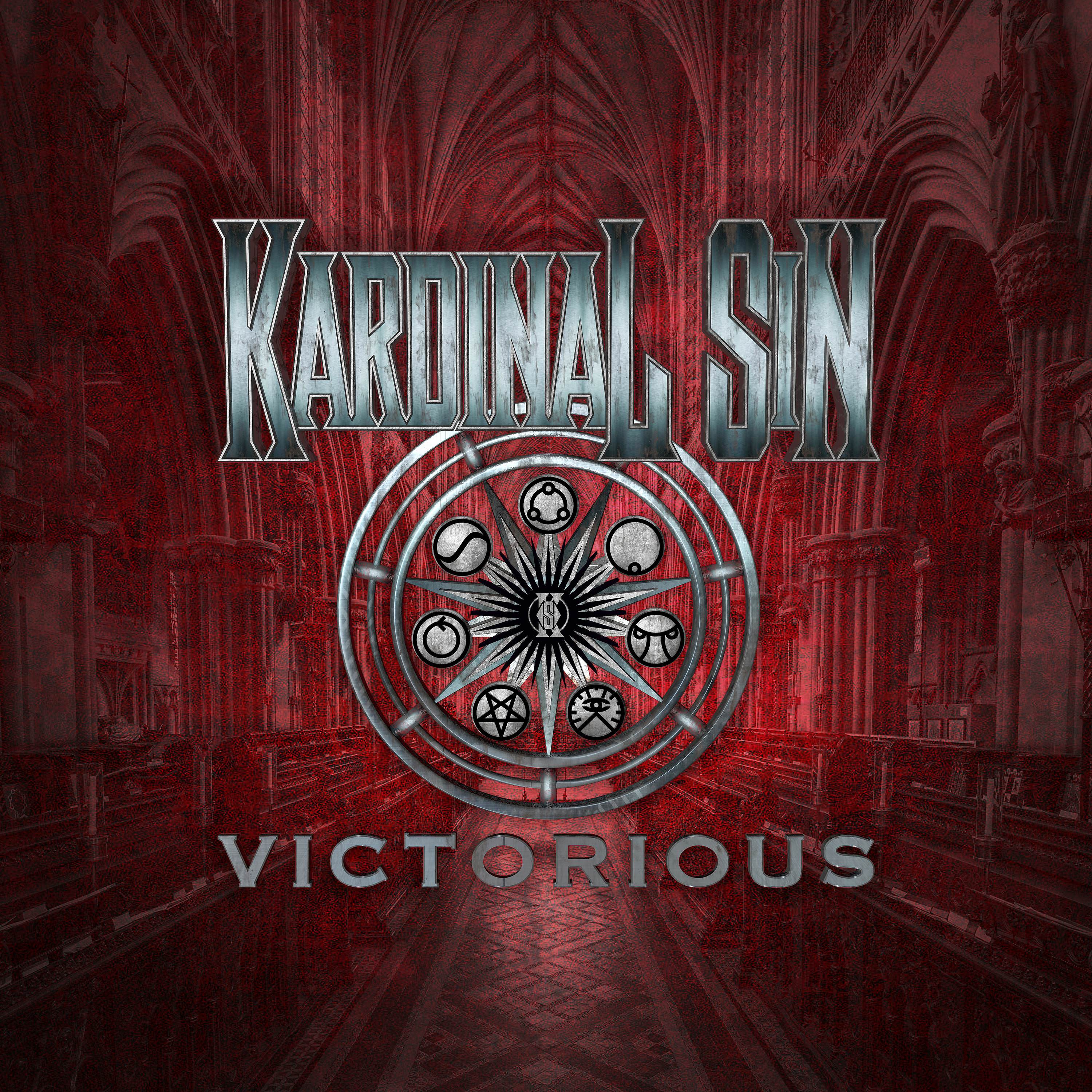 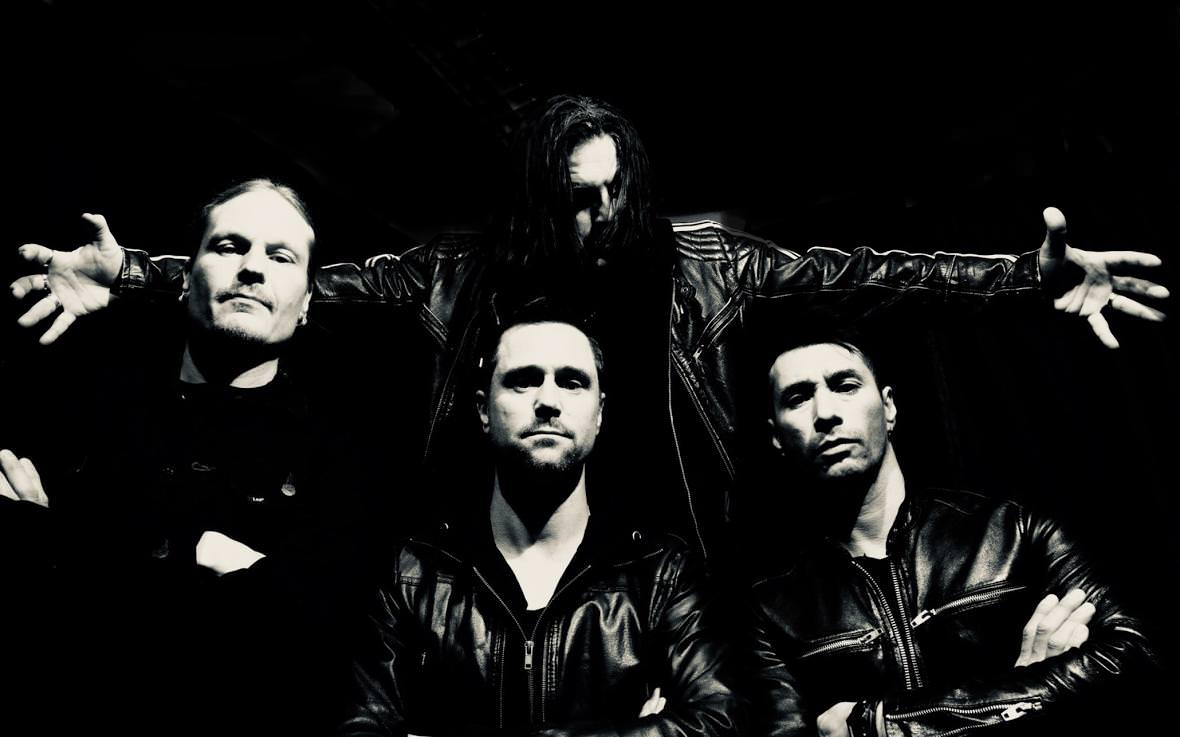 Imperial Domain was formed in Uppsala, Sweden, back in 1994.

In June 1997 they recorded their debut album entitled ”In The Ashes Of The Fallen” in Sunlight Studios. The second album entitled ”The Ordeal” was recorded in October-November 2000 in Prime Studios.

The hunger for making music was there again and they all were eager to create something new, this Imperial machine had more to offer. But unfortunately, tragedy struck the same year as the singer Tobias von Heideman passed away. This didn't stop the band however, they were determined to complete material for a new album, which they did in 2016. These boys have something really special in their hands. It's melodic yet incredibly heavy and noncompromising as their new singer Andreas Öman proves to be a worthy replacement for Tobias.

”The Deluge” the brand new offering from IMPERIAL DOMAIN contains 8 well executed tracks of immaculate production values recorded in HSH-studio. With mixing and mastering of the highest quality at E.A.P. by Ronnie Björnström and artwork by Pete Alander at BANDMILL, you can be assured of a piece of work with uncompromising quality.

An album this strong can't be ignored! 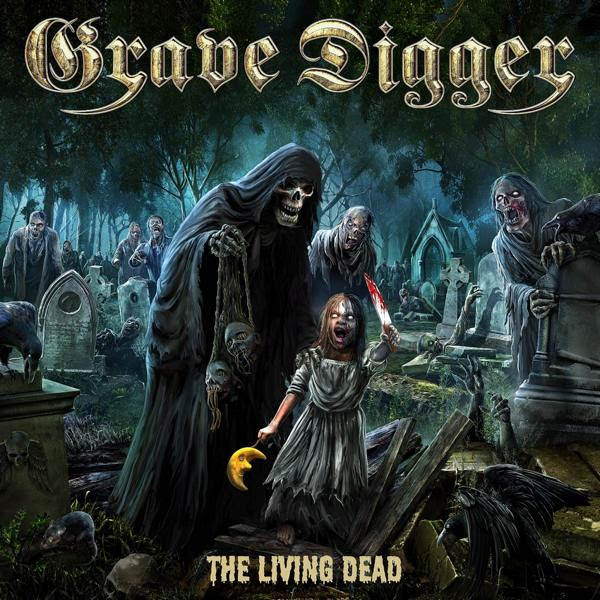 German heavy metal legends GRAVE DIGGER recently announced the title and release date of their new studio album. Now the band reveals the cover artwork and track list of their upcoming record entitled The Living Dead which will be released on September 14th via Napalm Records. 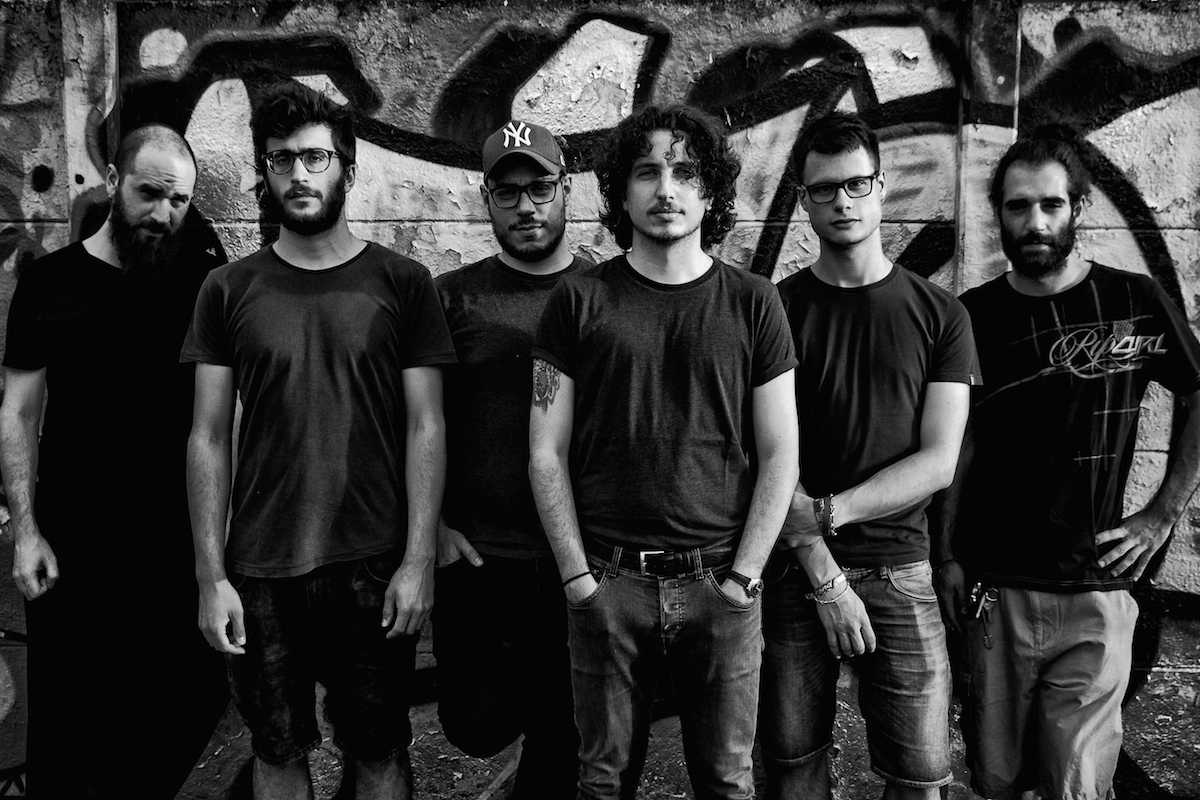 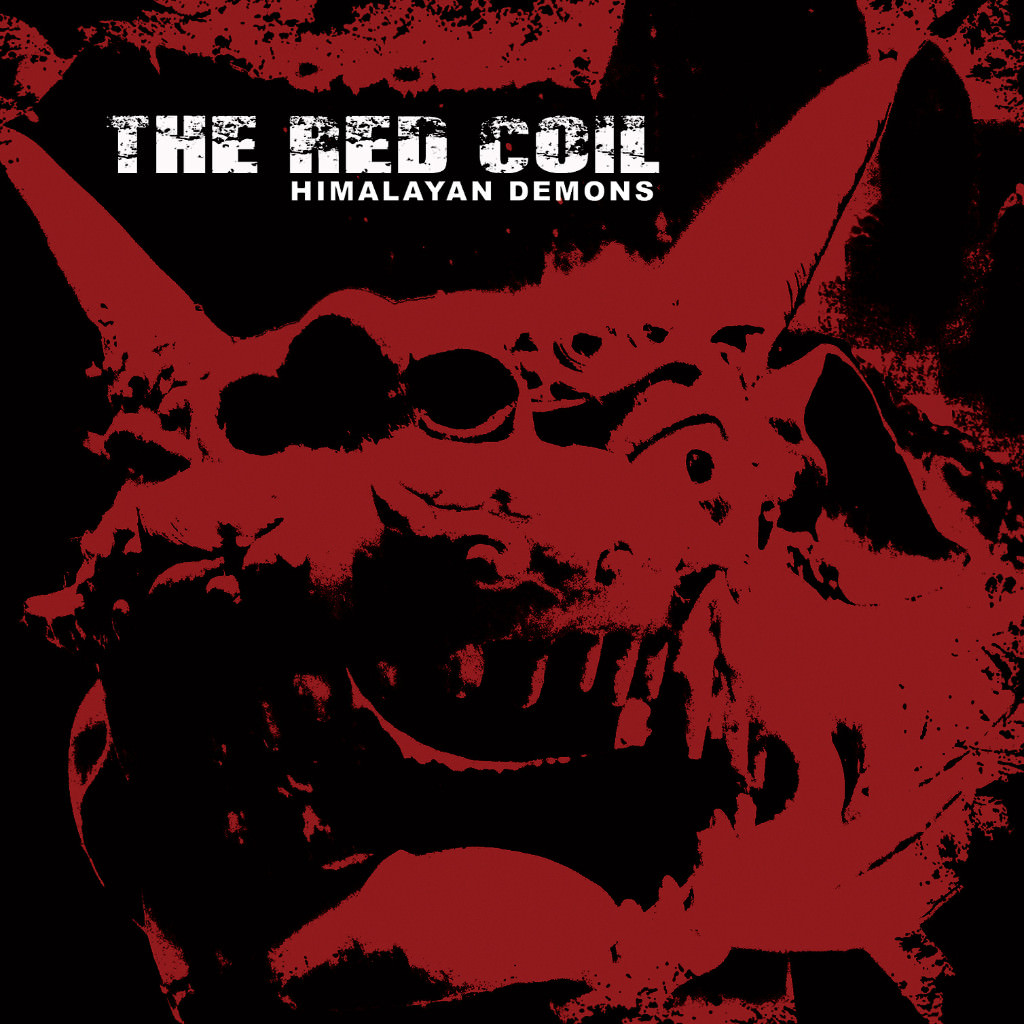 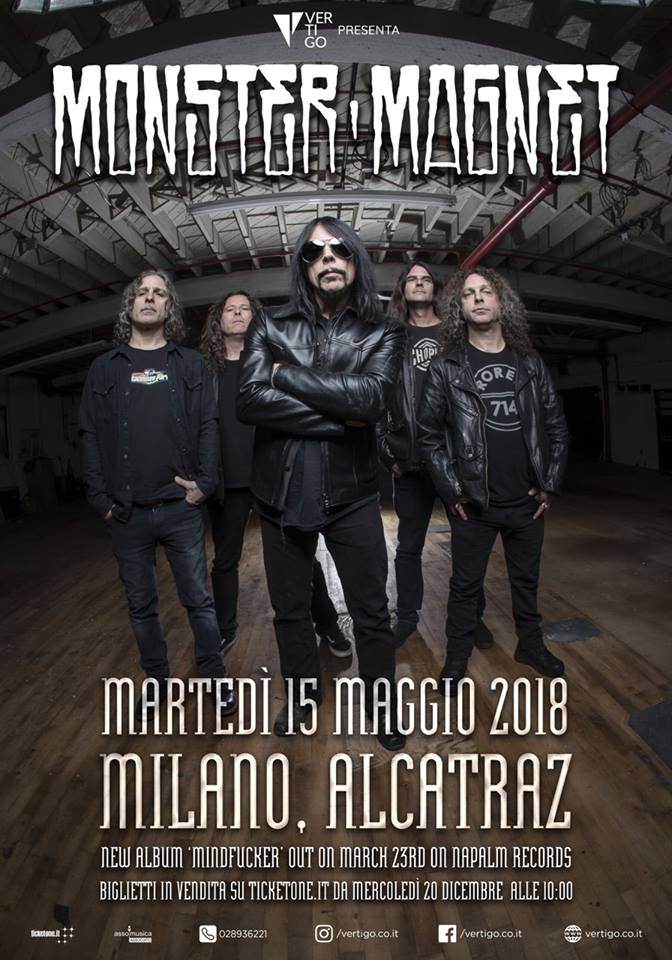 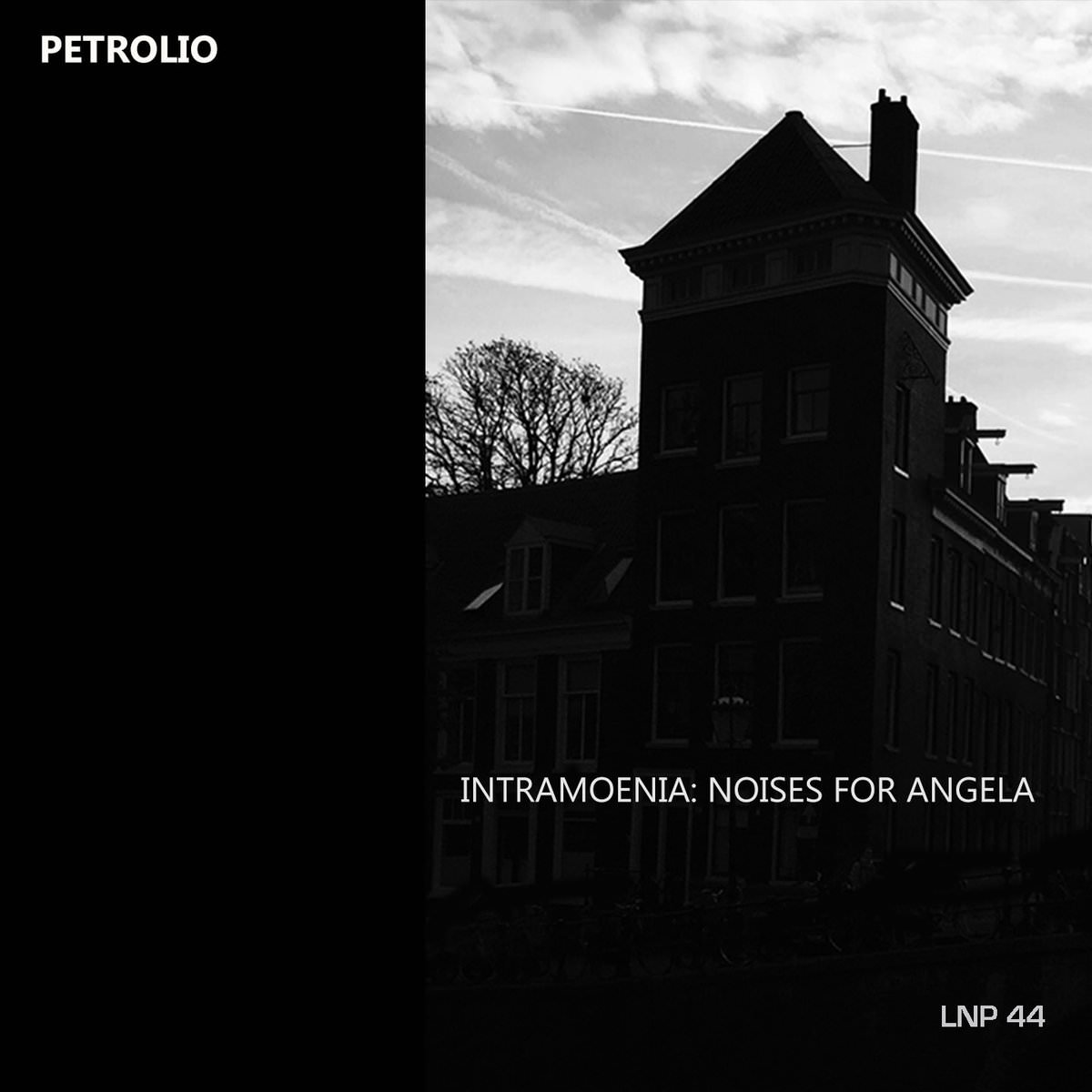 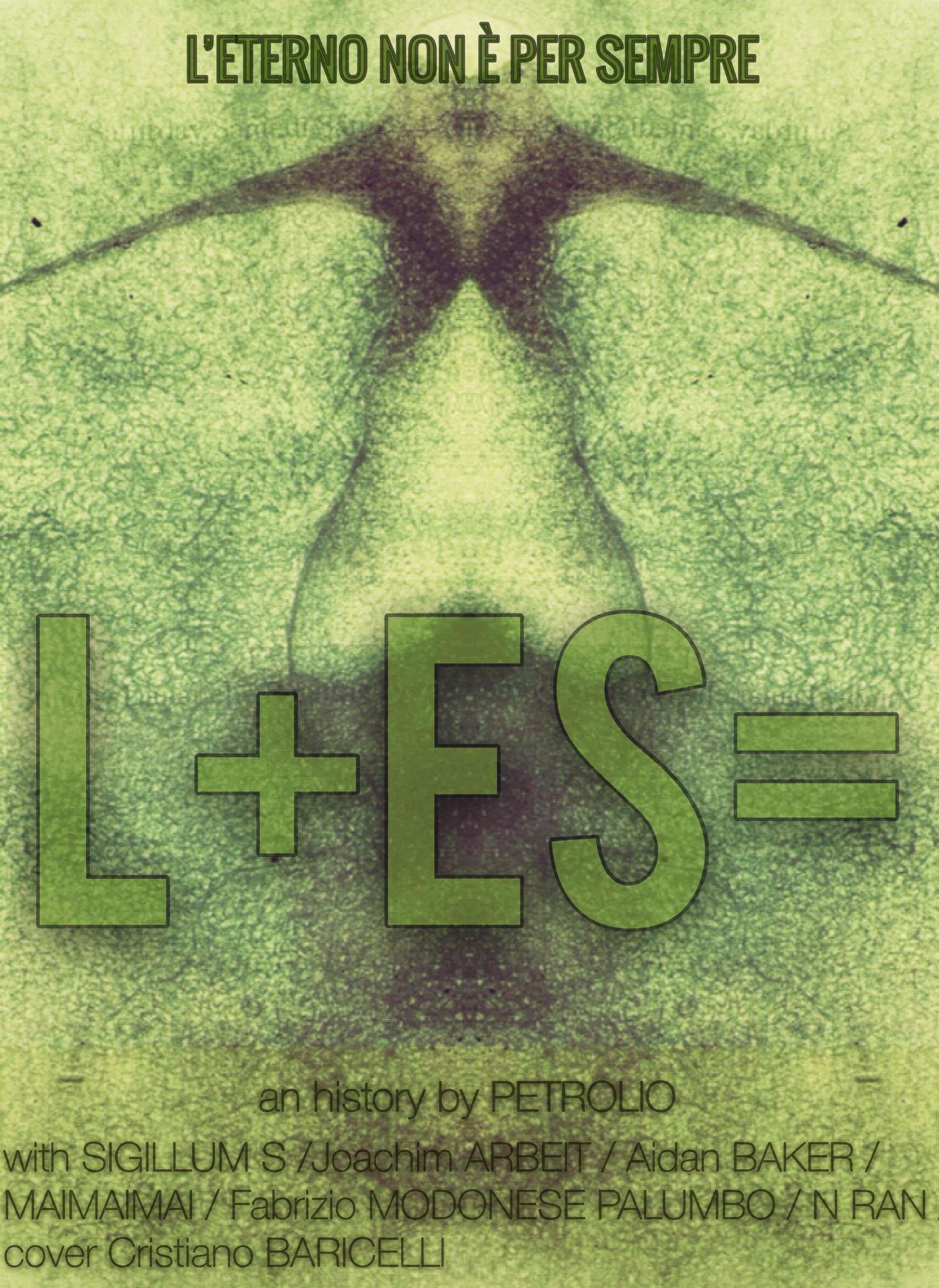 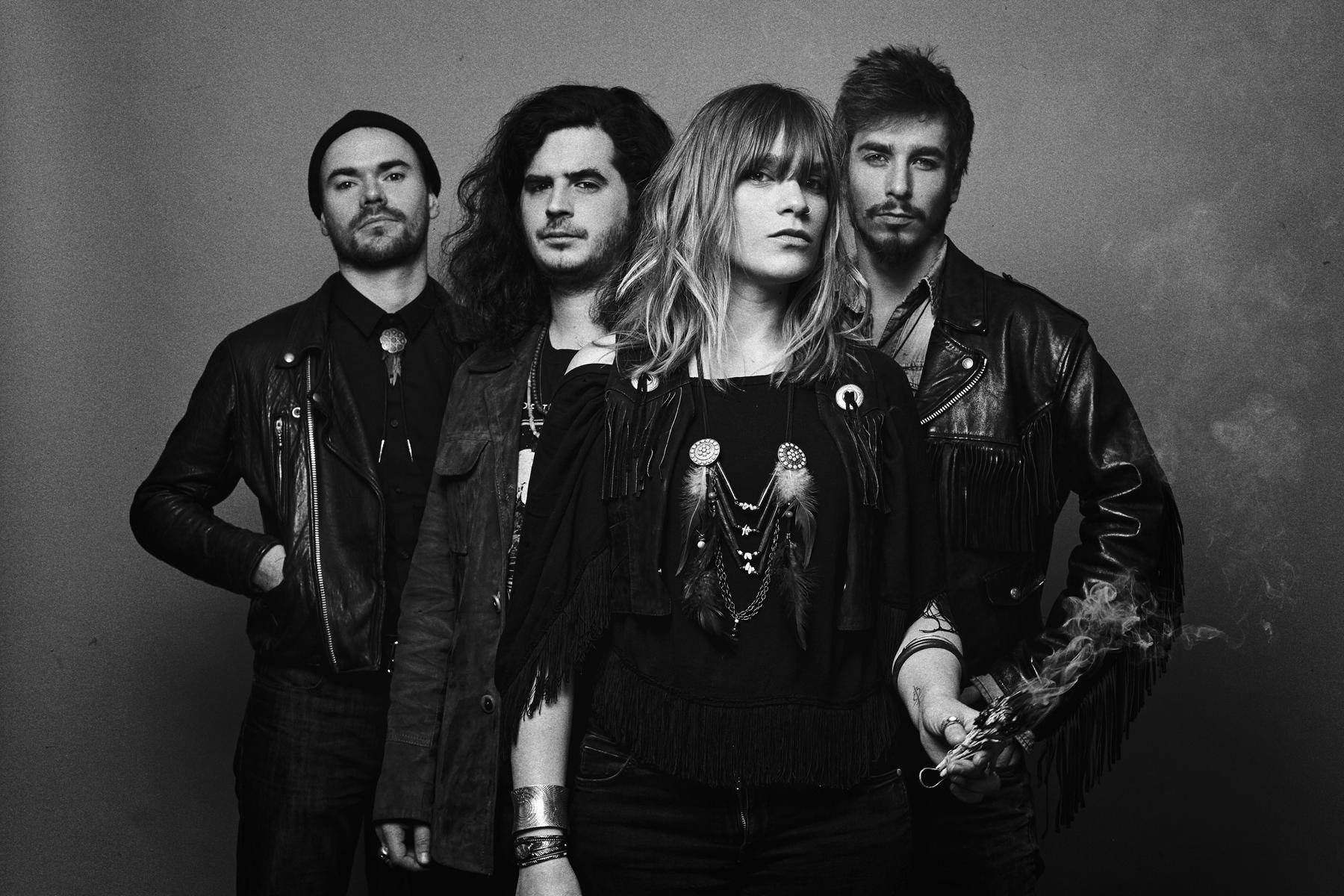 First Single And Music Video From Look Into The Black Mirror!

BLACK MIRRORS will finally release their long awaited full-length debut album Look Into The Black Mirror via Napalm Records on August 31st. It is a prime example of all the wonderful stuff that can happen when you sell your soul to Indie, snotty Garage Rock, Blues and some Stoner Rock!

As a first single the Belgian crew fronted by Marcella Di Troia unveil the crisp Josh-Homme-style stomper “Günther Kimmich” that moves the sound of the band one step further on from their Funky Queen EP from 2017. It’s a strong first single for a record which will unveil a stunning variety of all flavors of genuine Rock music!

Marcella Di Troia on “Günther Kimmich”:
“With “Günther Kimmich” we remain faithful to our musical influences; solid and powerful riffs with strong and catchy vocal lines. It’s pretty much the fastest song on the album and it will definitely be among the cooler songs to play live!

Making this video clip was such a great and magical experience! I even emotionally interacted with a huge bison haha, which you can also see in the video! The beautiful nature and all the other cool footage were captured by our talented friend Sebastien Van Malleghem!”
Continua a leggere...»
Pubblicato da les fleurs du mal webzine a 13:57:00 Nessun commento: