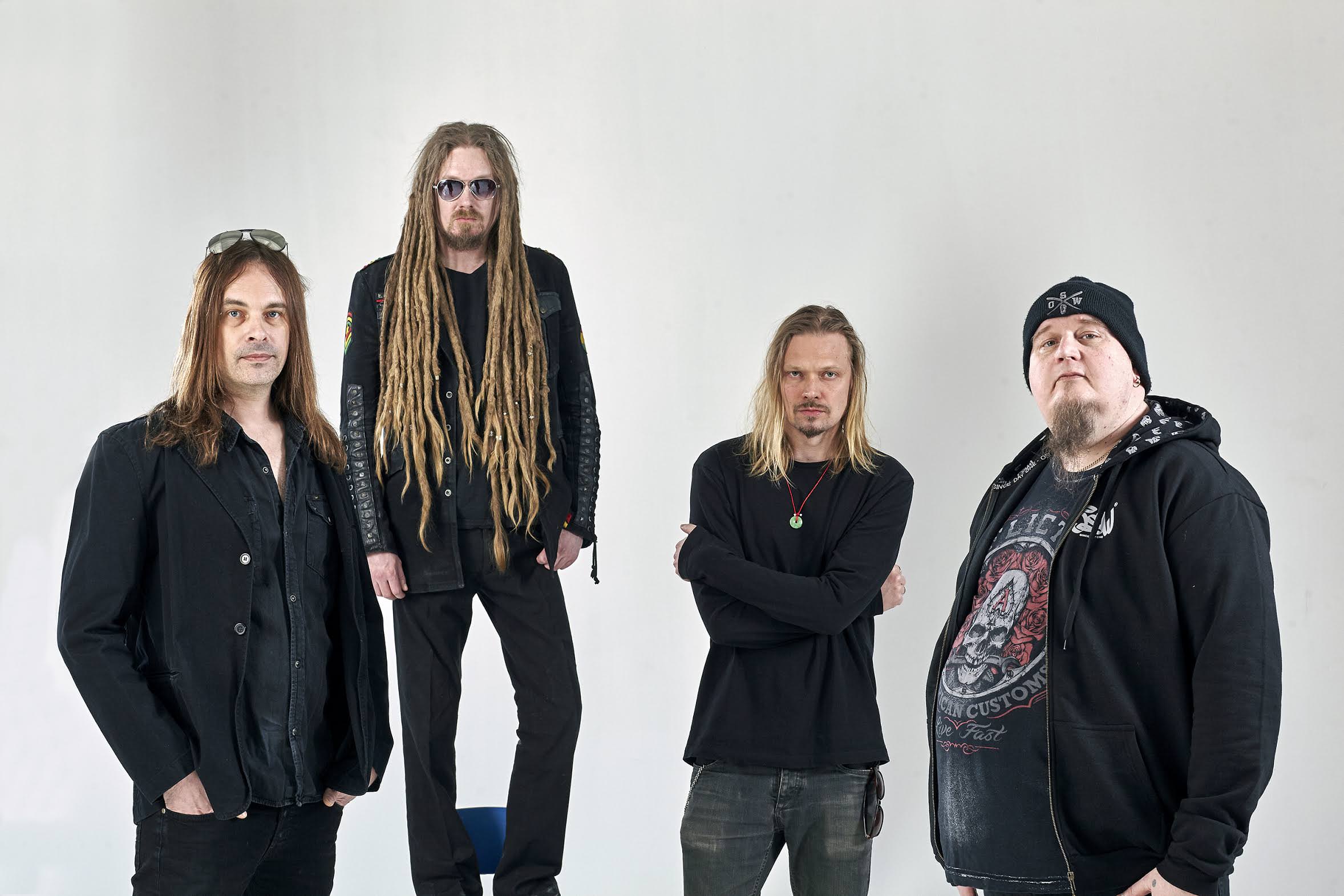 LFdM: Would you mind telling us a few words concerning the history of Flat Earth for the music fans that don't know of you yet? When did you form your band?
Niclas: I started to go through song ideas that I had been working on over the years after I quit Amorphis in April 2017. I had thought about Linde for guitar from the start, but we had not talked about it, until our common friend suggested that I should have sent him a message. So I did. After about a month Linde came by and he was right into it. We though that it might take us a long time to find a singer, then our same friend suggested Anthony. We didn't know him before, but after one session it was clear that he was our man. Since everything pretty much came together here in Helsinki, we thought that also our drummer should have been from Helsinki. Both me and Linde played with Gas before in different bands, so he was the first one that came to mind. He was a bit busy at the time but he agreed to help us finish our demo. I told him if he wanted to stay he was welcome, and after a few months he said he would stay.

LFdM: What does the name of the band mean to you? I think Flat Earth harmonizes beautifully with your sound
Niclas: Most people see Flat Earth as a geometrical statement, I see it as a sonic statement among other things. Flat Earth can mean a lot of things and our music can also represent a lot of things. We don't want to be trapped in the obvious, and from the start we have been more focused on writing good songs than writing songs to fit some certain genre. It's like a fruit salad: everything is good but the taste is different. 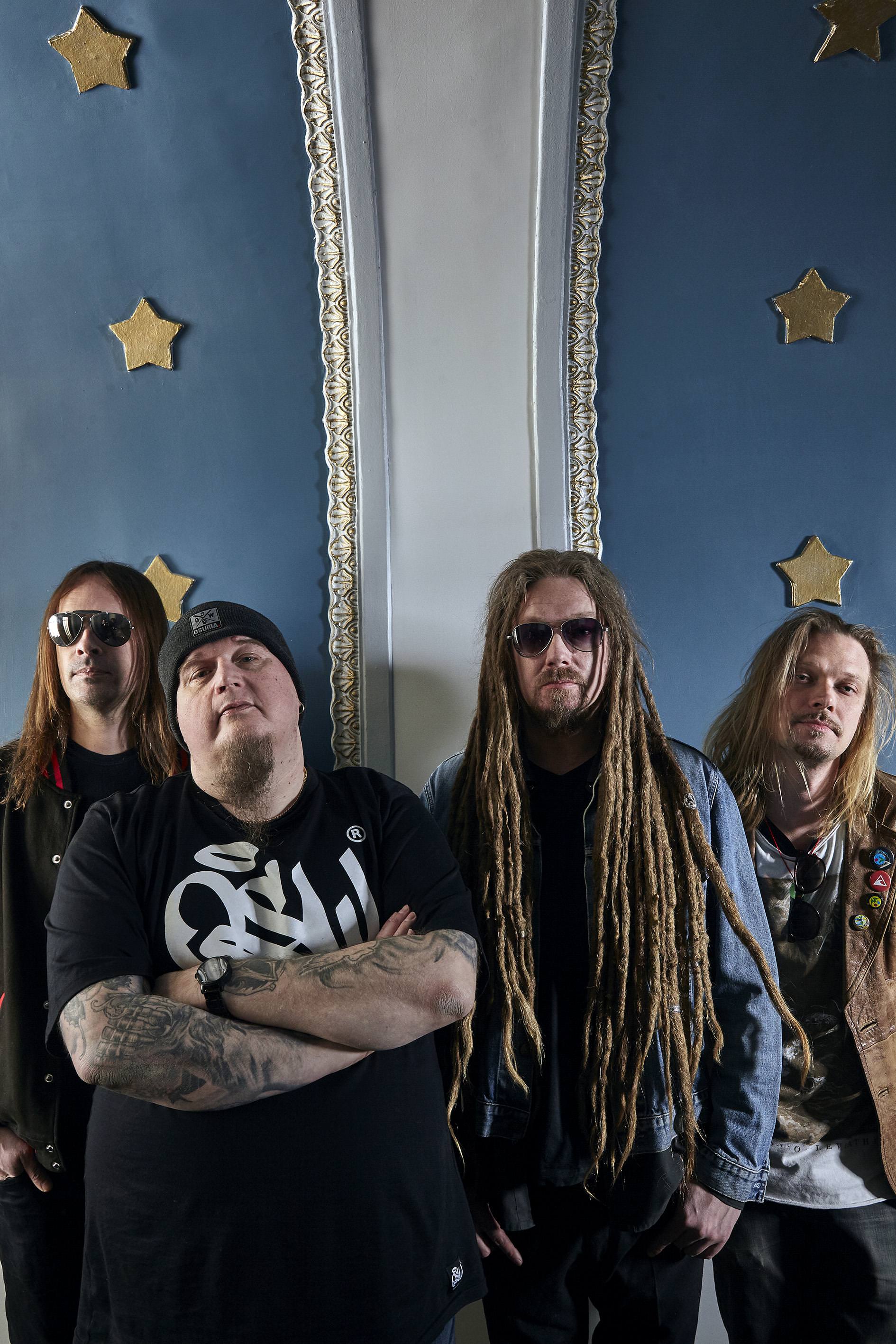 LFdM: Listening to your first video, "Blame", the production once again is very good and helps the surrounding atmosphere you have as a band float in a more vivid and drowning way. How much time did you spend in the studio? Is the album ready? And where your inspirations and the topics to the songs are coming from? Every song is a different story or is there some common thread linking all the songs together?
Niclas: It's been about a year since I started the band. Last autumn we wrote and demoed everything. At the end of January we started to rehearse and went into Finnvox Studios at the end of February for 7 days. After that we continued in our producer's (Hiili Hiilesmaa) own studio for 7 days of recording and on and off mixing days. We have mastering coming up this week so, after that, all the audio is done. Anthony wrote all the lyrics and they are all separate stories from life as he sees it. Some topics come from our conversations and others he took from maybe just a name that was already there. Some times we talked about something in the evening and the next day he had lyrics about it.

LFdM: Each of you come from great bands - What is your opinion about the modern Finnish metal scene?
Niclas: It still going strong, even though it's not as big as it was 10-15 years ago. Things go in circles, so some day it's coming back. It is nice to see that some kids still pick up an instrument instead of a computer.

LFdM: By the way, how has your sound changed in this new step compared to the past? Many newspapers and journalists want to invent their own names to the music genres. What do you think about it?
Niclas: One of the things we talked about with Hiili when we started was that we have been in it for so long and developed our own sounds as musicians that we shouldn't change that. So this is a mix of all that. I see us more like a rock band but as I been playing metal for most of my life, there's some of those elements there too. I'm actually curious to see what kind of genres we get boxed in.

LFdM:What expectations do you have about this album?
Niclas: I hope it gives us the opporunity to continue to do what we love doing. We haven't signed to any label yet, so we still have to wait and see.

LFdM: Plans for some summer festivals around Europe?
Niclas: Not this year. The album will come out after the summer, but we hope we can do a lot of shows in Europe and elsewhere after that, and hopefully some festival too next year.