RAGE - Season Of The Black

"Season Of The Black" 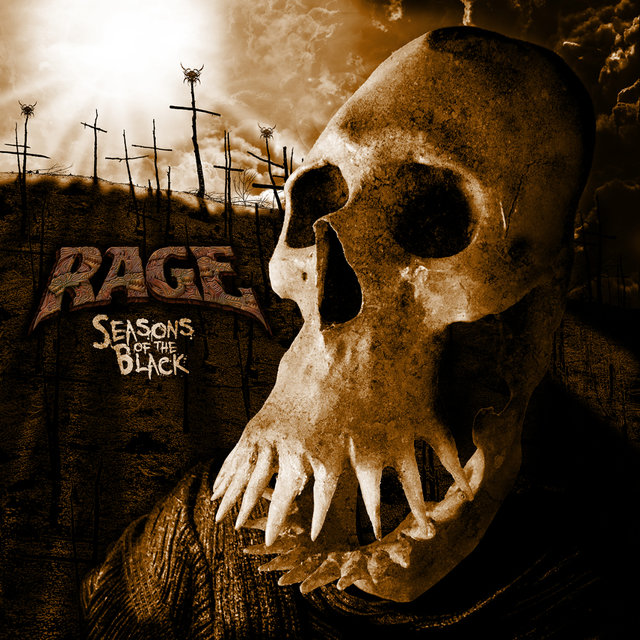 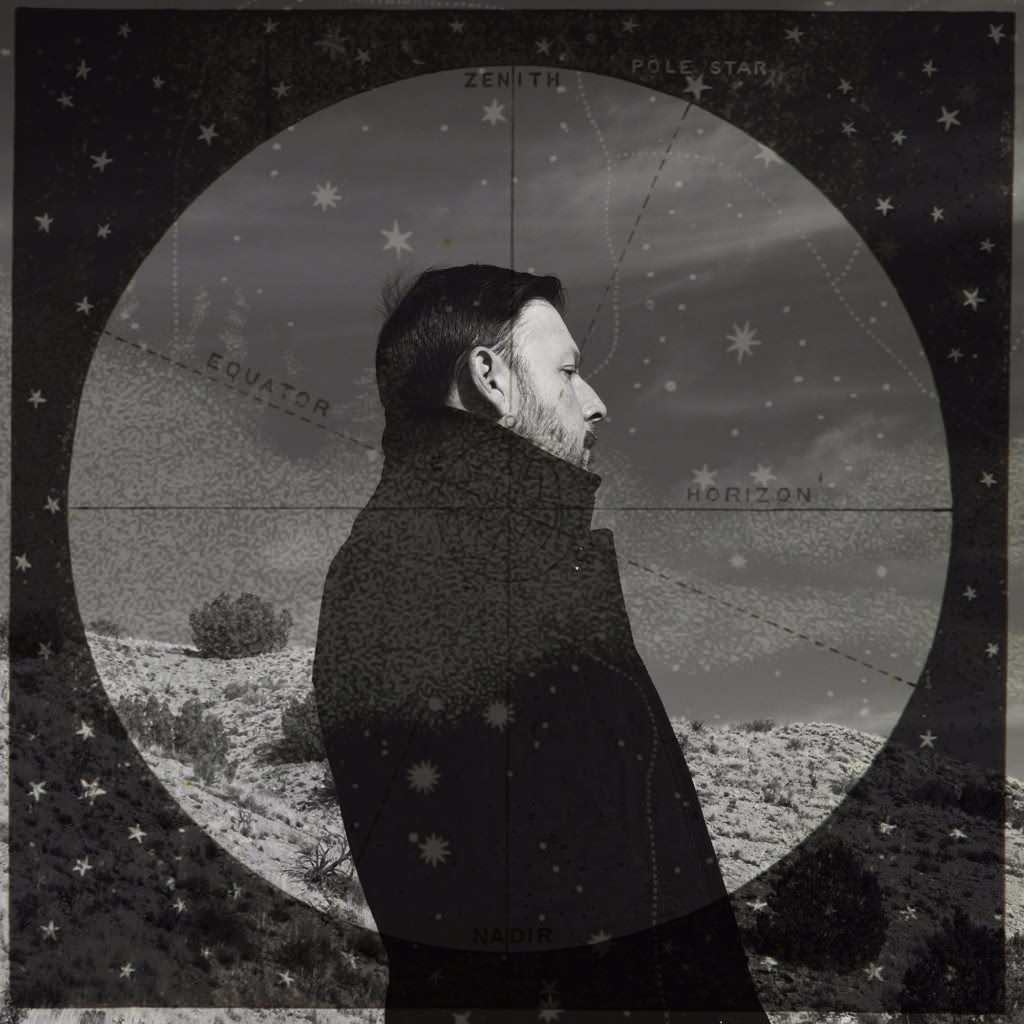 Season of Mist are proud to announce the signing of MARK DEUTROM. The prolific musician from Texas and former MELVINS member will not only release his next album via Season of Mist, but he will also reissue solo-material as well as albums published under the BELLRINGER banner.

Mark comments: "I am delighted to be working with Season of Mist, and to be a part of their diverse and accomplished cabal. I'm also looking forward to a new chapter for my back catalog, as well as exploring new and uncharted sonic landscapes."

MARK DEUTROM is a guitarist, composer, songwriter, and producer.
MARK DEUTROM studied composition at California Institute of the Arts in Valencia, USA. There he attended seminars with such composers as John Cage, Lou Harrison, Morton Feldman, Aaron Copland, and Morton Subotnick.
In 1986, MARK DEUTROM co founded Alchemy Records in San Francisco, CA. During his time at the label he produced a record for his own band, CLOWN ALLEY, as well as records for SACRILEGE, MELVINS, RKL, and NEUROSIS.
MARK DEUTROM was invited to play bass in the MELVINS in 1993. He joined the same year and remained in the band  until 1998. Mark contributed material to the albums 'Prick', 'Stoner Witch', 'Stag', 'Honky', and additional releases. During his time with MELVINS, they toured with TOOL, NIRVANA, NINE INCH NAILS, KISS, and RUSH among others.
In 2006, MARK DEUTROM was invited to collaborate with SUNNO))) on various live dates in the USA and Europe.
Mark has released various solo projects and continues to produce for other bands.

The band BELLRINGER has served as the main live vehicle for his music and also collaborations with other musicians.
BELLRINGER released their latest album 'Jettison' in 2016. MARK DEUTROM will release his 6th solo album via Season of Mist in the coming winter. 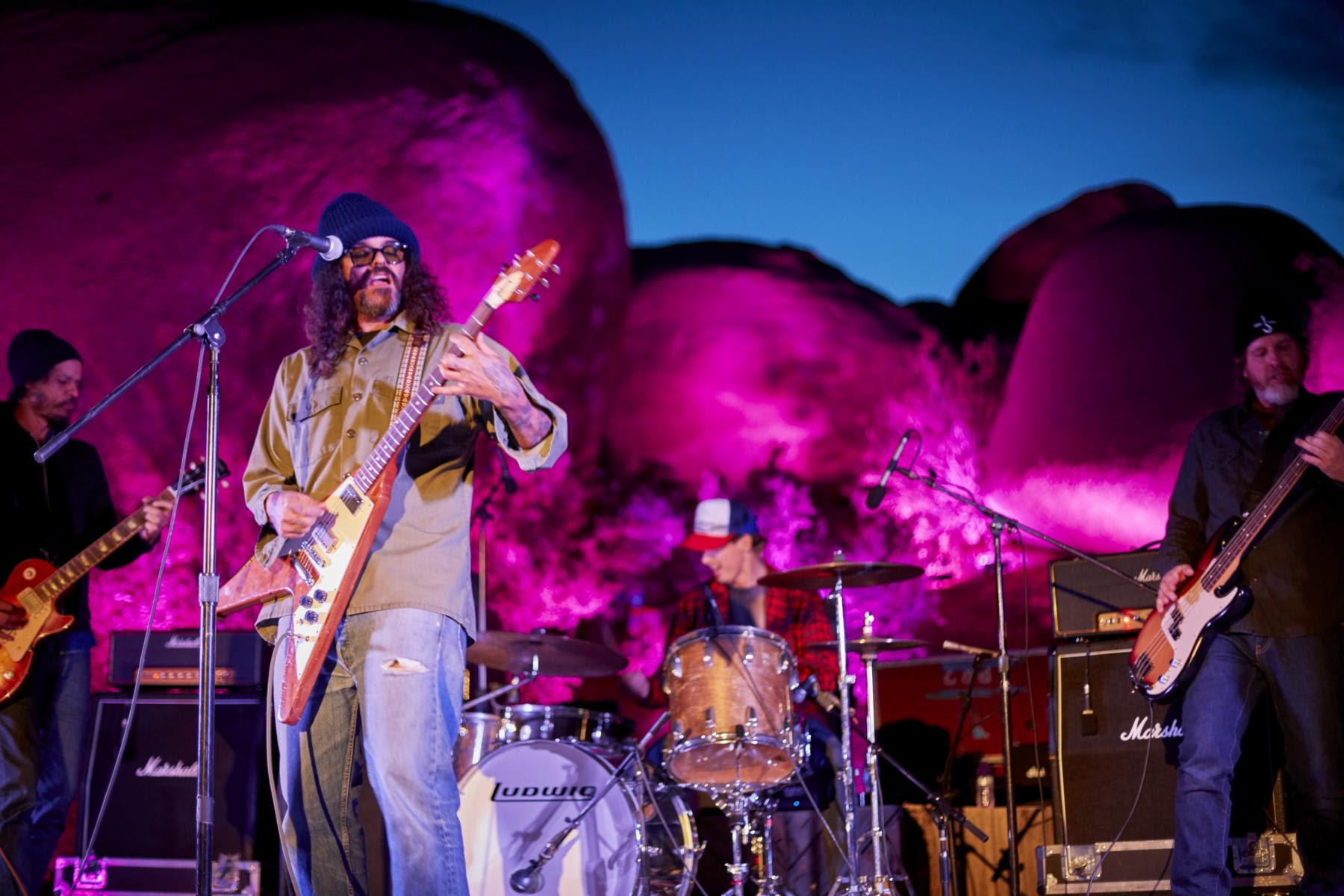 Welcome back you sweet sound of freedom and breath in the greeheen, as Kyuss- and Fu Manchu legend BRANT BJORK has come to revive your spirit! Just recently announced his first live record ever, "Europe '16" will be released on September 22nd via Napalm Records!
Recorded on BRANT BJORK's 2016- tour in Berlin, this is controlled madness between trippy and doomy, groovy and sludgy tunes. "Europe '16" delivers exquisite Desert Rock grade A.

Now BRANT BJORK premieres a first track from "Europe '16" for the song 'Controllers Destroyed', dive into the live sound and spirit of the desert rock king right HERE!

Fractured Spine to release four new EP's, the first one out now! 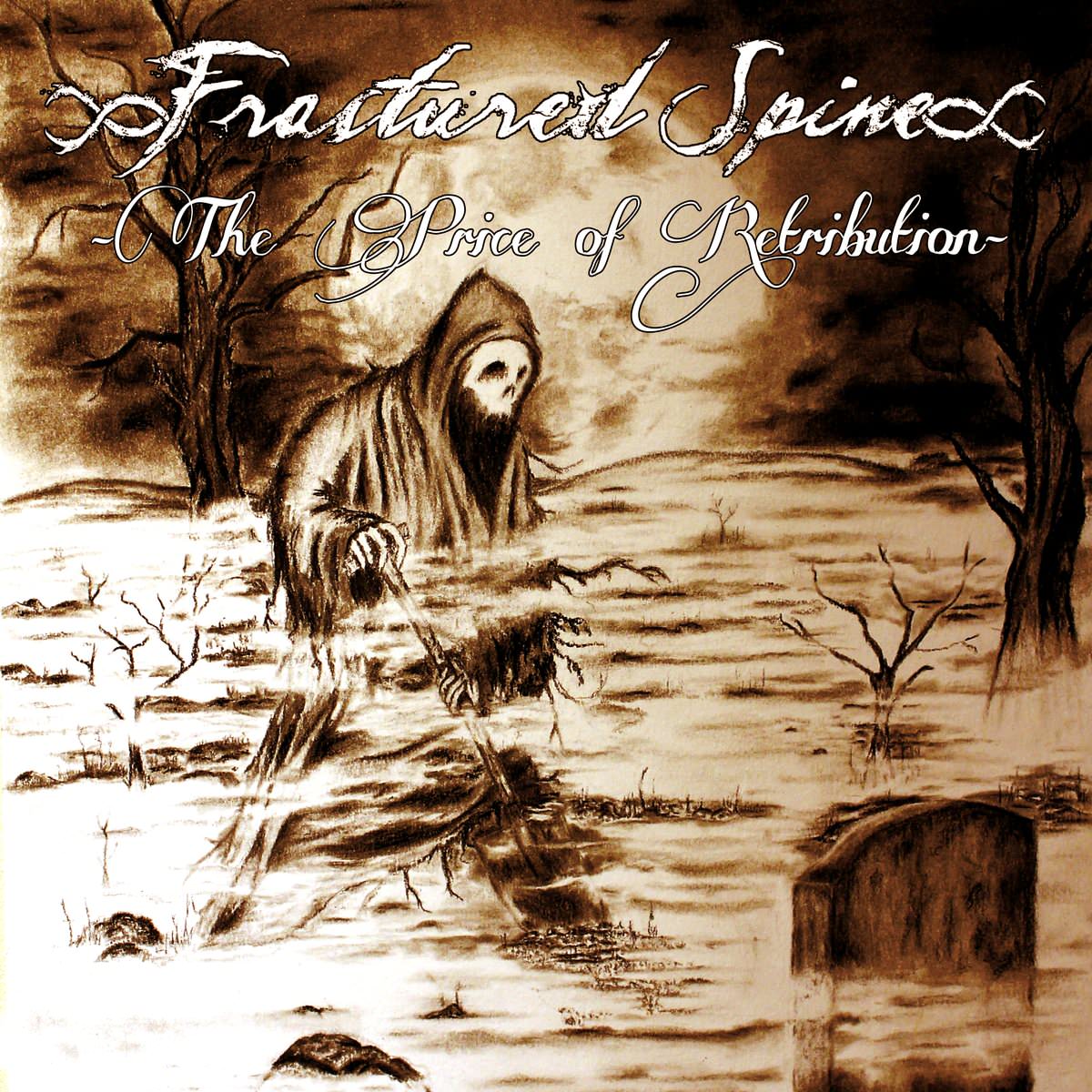 Celebrating 10 years since the first demo, "Anniversary Editions" of the first two studio albums "Songs of Slumber" and "Memoirs of a Shattered Mind" are also out this August, followed by a compilation album in 2018.

Composing, recording and working on the releases took more than 3 years. Mixing and mastering was done by Jeffro Lackscheide (US).

The Price Of Retribution EP on Spotify 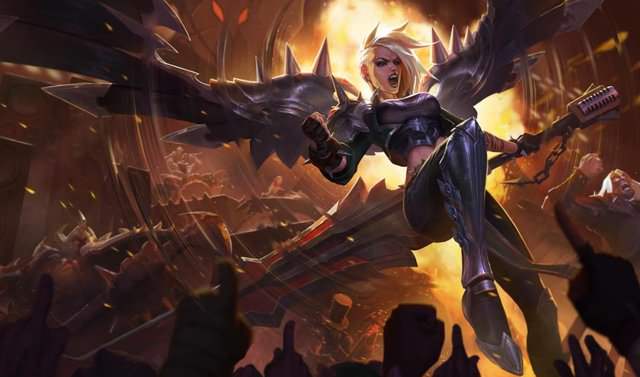 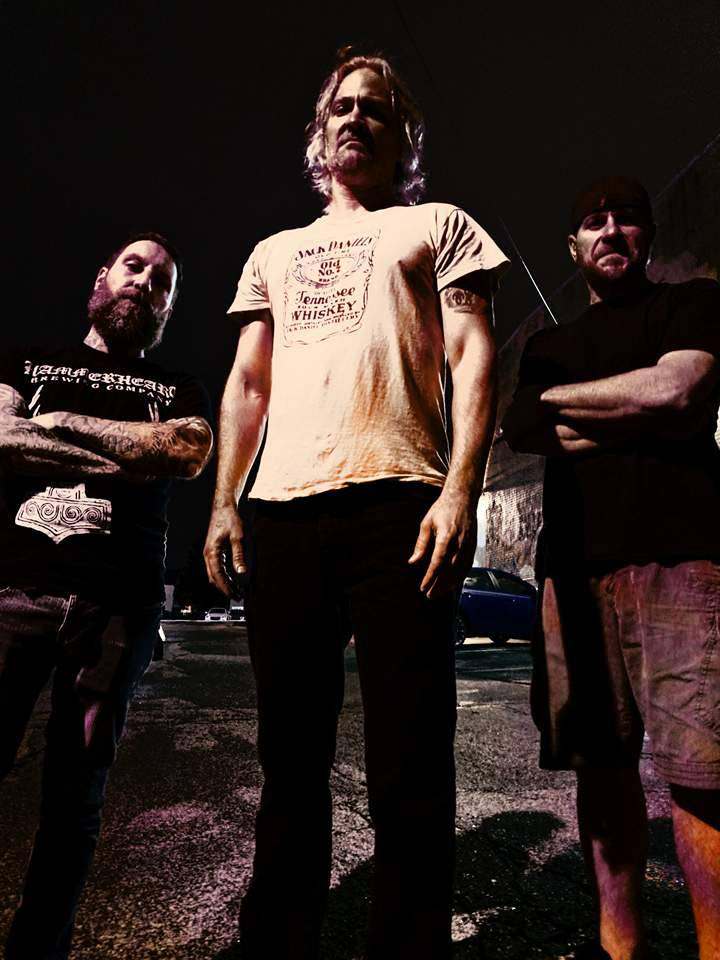 "Empress Of The Cold Stars" 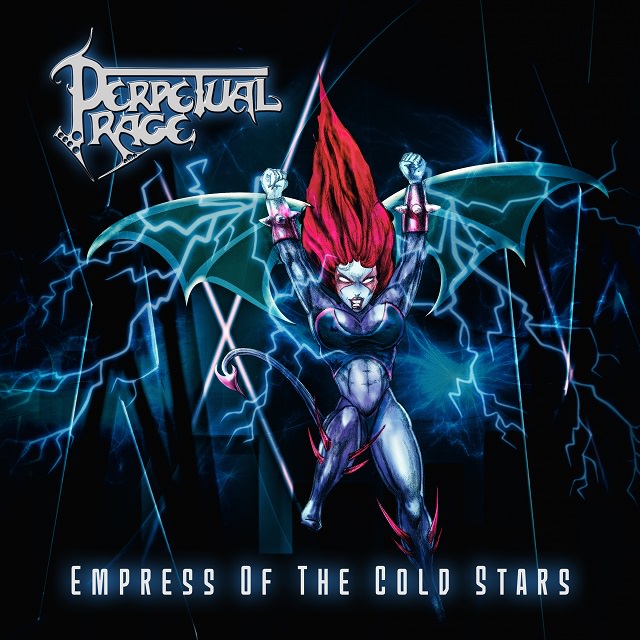 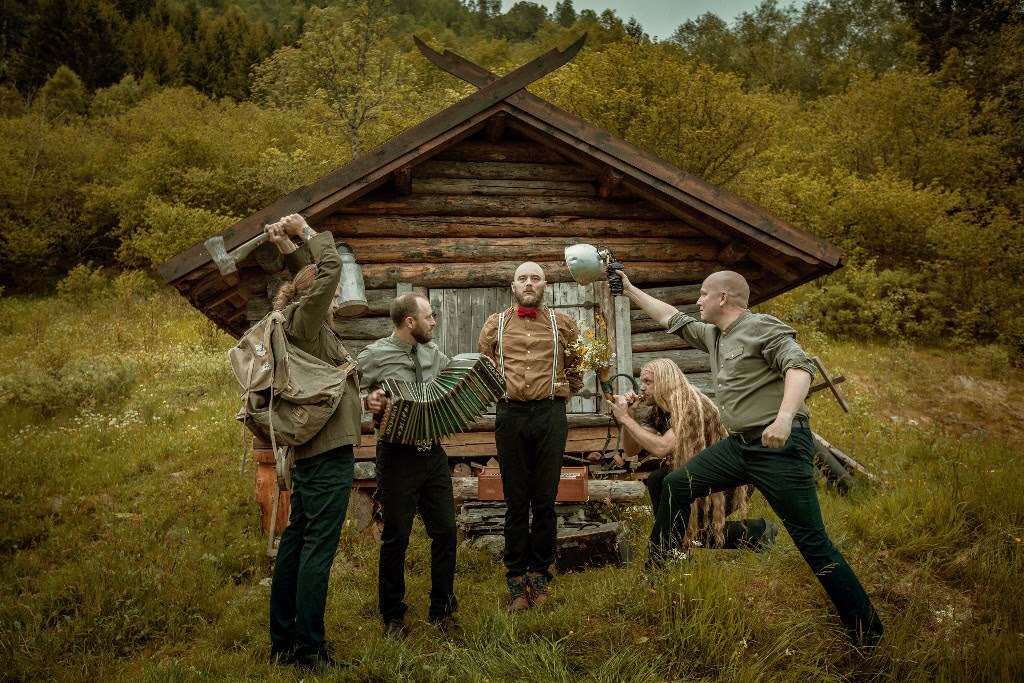 VULTURE INDUSTRIES are unveiling the second track taken from their forthcoming album, 'Stranger Times', which has been scheduled for release on September 22nd.

VULTURE INDUSTRIES comment: "The song 'Strangers' defined the sound for our new album. It became a focal point during the production process and was the first song that we mixed. This track had a slow birth, starting out in a completely different shape and expression. In the end, the opening riff remained the only part left from the original draft. 'Strangers' is one of two rather epic pieces on the album. It blends progressive rock and post-metal influences with a strong chorus and guitar leads that could make Roky Erickson howl."

Frontman Bjørnar E. Nilsen also had this to say about the new album: "Continuing along the path that we started to explore on 'The Tower', I proudly believe 'Stranger Times' to be standing out as a defining work for us. It bridges the gap between styles that we have touched upon in the past, while at the same time expands our scope and includes a more solid dose of rock in the mix. To me, it represents our most 'solid' album to date and is clearly the best produced one. I am curious to see how our fans will react, but being the kind and intelligent persons that they are, we actually expect a lot of love... and maybe a bit of trash just to remind us that we are mere mortals." 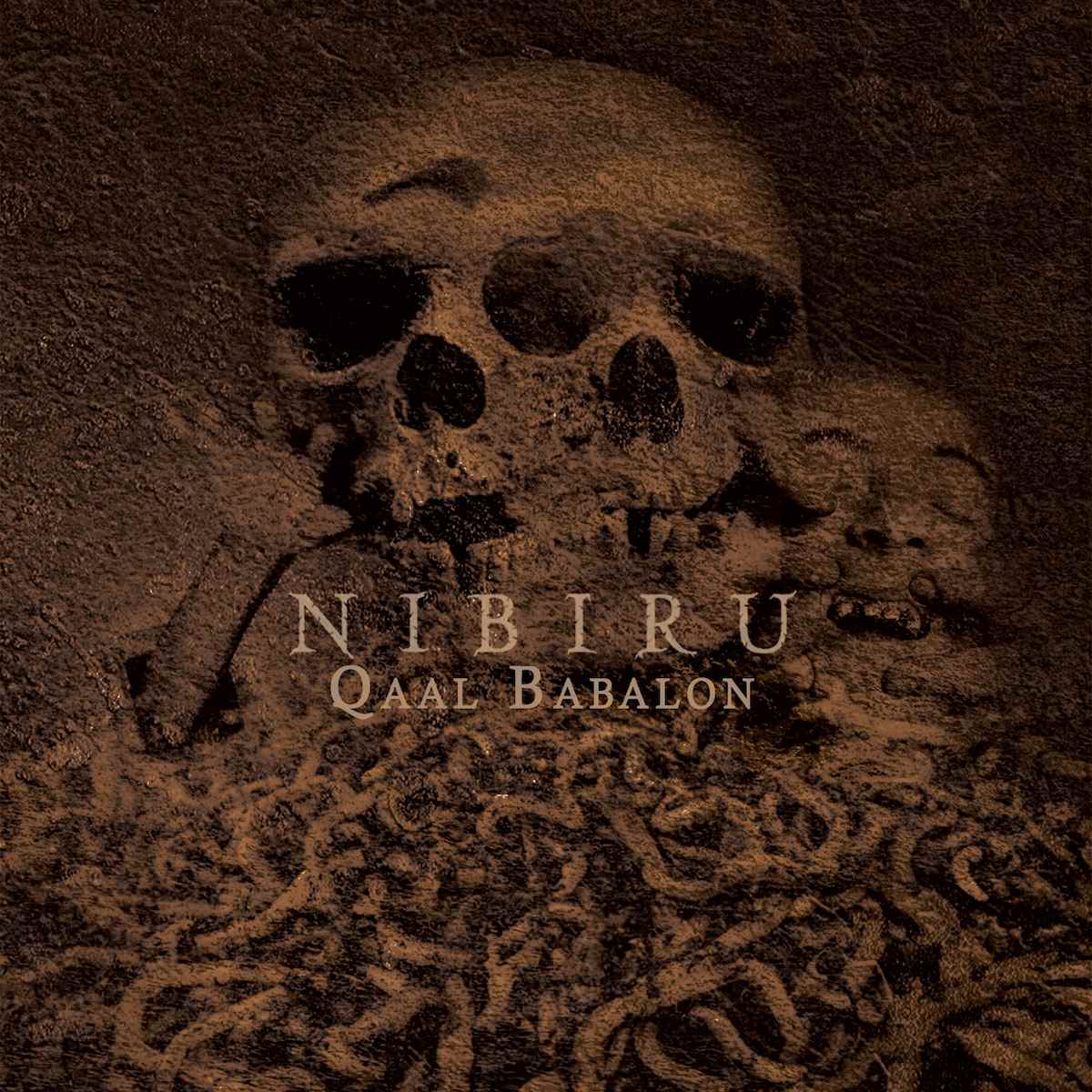 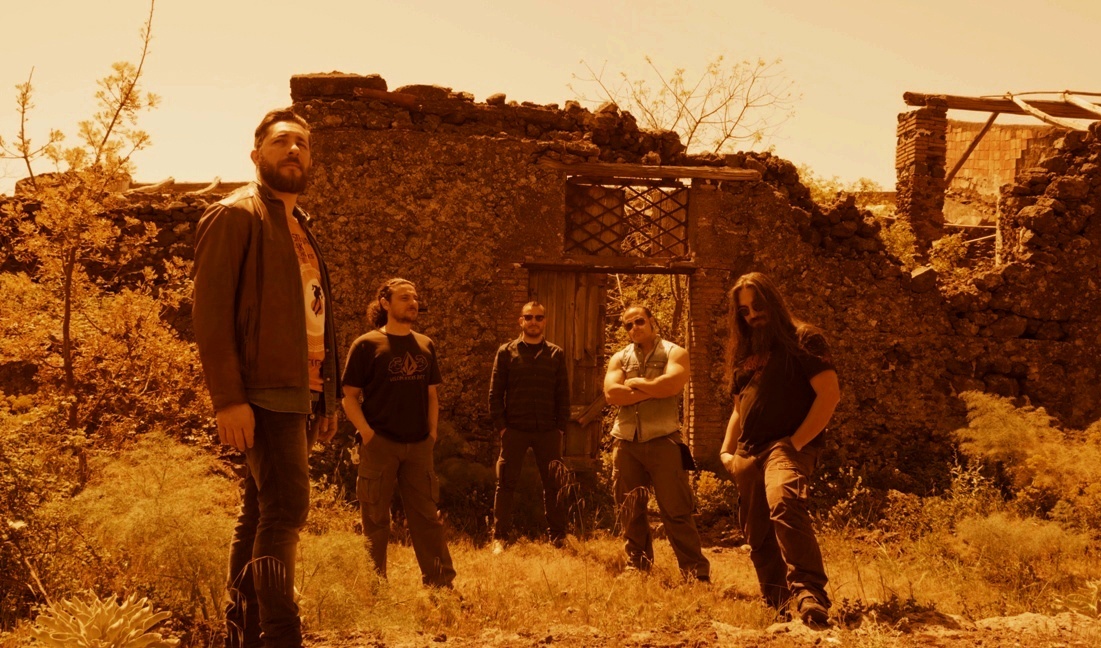 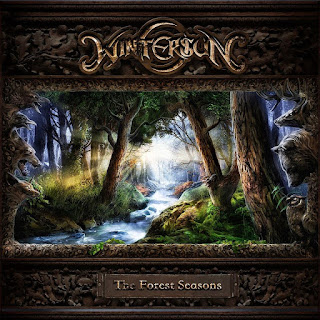 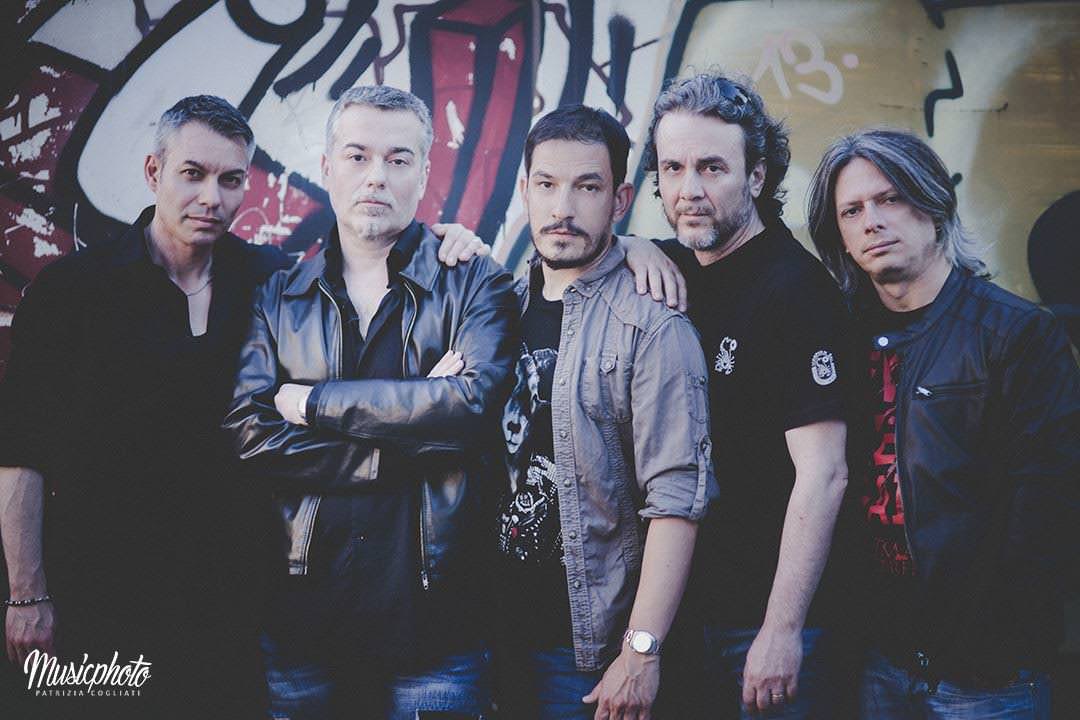 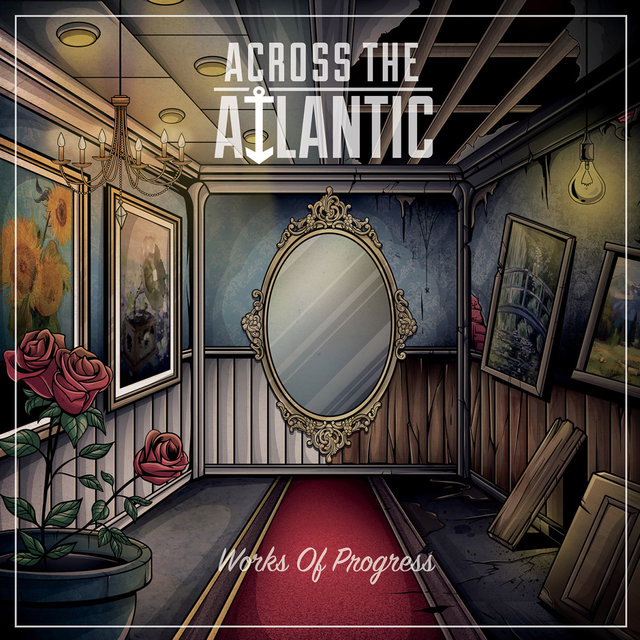 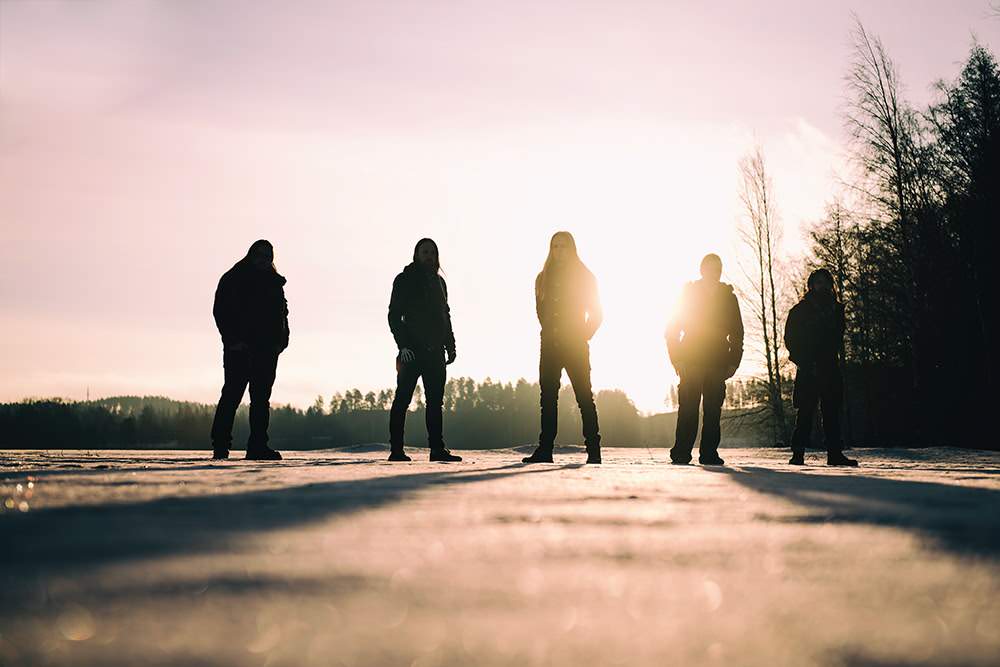 The second single off the debut album of Jyväskylä, Finland -based metal group NEMECIC is out. ”Ouroboros” is the second taste from the album ”The Deathcantation”, which will be released August 18th (Finland) and September 1st (internationally) through Inverse Records.

Like the previous single ”Smoke Electric”, the new song is accompanied by a lyric video by Anssi Korhonen with artwork by the band's drummer Niko Anttila.


Founded in Heinola in 2005, Nemecic combines elements of different metal genres in their music. Comparisons have been made to such groups as Lamb of God, Fear Factory and even Alice in Chains. Having entered a hiatus in 2012 and after going through a couple of changes in the lineup, the band finally entered Juho Räihä's SoundSpiral Audio studio in Kouvola in January 2017. 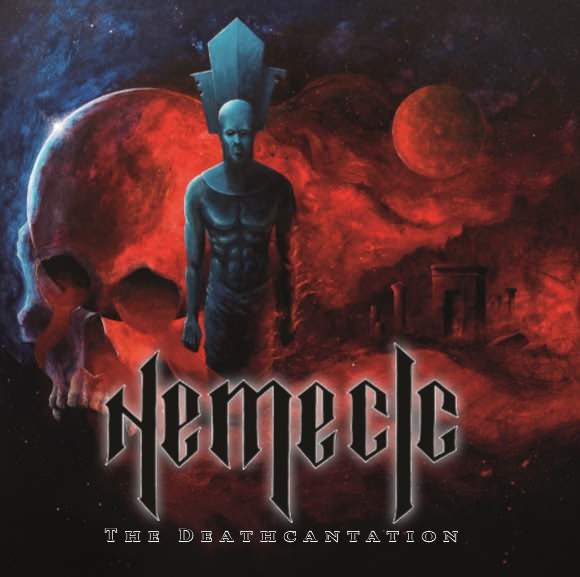 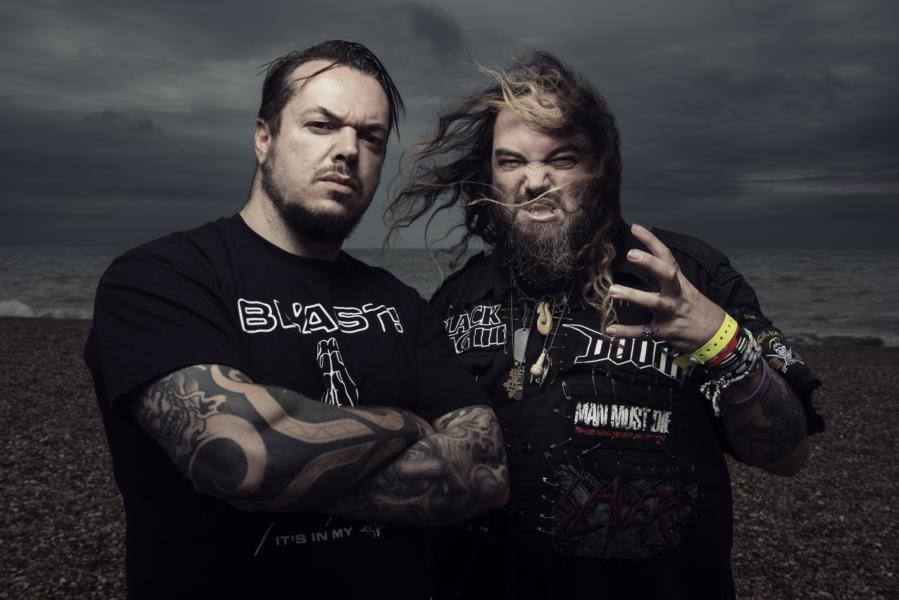 CAVALERA CONSPIRACY led by brothers and founding SEPULTURA members Max and Iggor Cavalera have unveiled first details about the release of their fourth studio album titled "Psychosis". The upcoming record is set for release on November 17th 2017 on Napalm Records and is produced by longtime friend Arthur Rizk in Phoenix, Arizona.

Max Cavalera in a recent interview with Metal Wani:
"The album right now is finished. It was produced by Arthur Rizk, our friend and a great producer -  an upcoming, underground producer. And he did a great job. I love the record. There are nine songs. We've got one song with Justin from GODFLESH -  just a great NAILBOMB, GODFLESH, CAVALERA kind of song. The rest is all pure thrash madness. And we had it mastered a couple of days ago by Joel Grind from TOXIC HOLOCAUST; he mastered the album. And it's great, man. It's a beast of an album. I think a lot of people are are gonna be surprised when they hear it. It's, for me, the best of all the CAVALERA albums, my favorite one. And it's got the same intensity and energy of the old stuff like 'Beneath The Remains' and 'Arise'. So a lot of people are gonna be happy to hear that."

The brothers Max and Iggor Cavalera formed the legendarily trailblazing heavy metal band SEPULTURA as teenagers together in 1984. Across six studio albums the Brazilian punishers perfected the art of darkness and extreme music with thrash classics such as Beneath the Remains, Arise and Chaos AD, while exploring the underbelly of third world political issues and broadening the genre's horizons with an exploration of indigenous culture, culminating with the landmark Roots album in 1996. A decade after Max left SEPULTURA and meanwhile released seven successfull records with SOULFLY, the two brothers got back together in 2006 to form CAVALERA CONSPIRACY: A bold testament to the talent and power these two possess together. An invigorating mixture of speed and aggression, finest thrash power and the fiercest riffage.

Get ready for one of the most heaviest and hotly anticipated metal records of 2017, coming this November on Napalm Records, when the mighty CAVALERA CONSPIRACY will strike back this Fall! 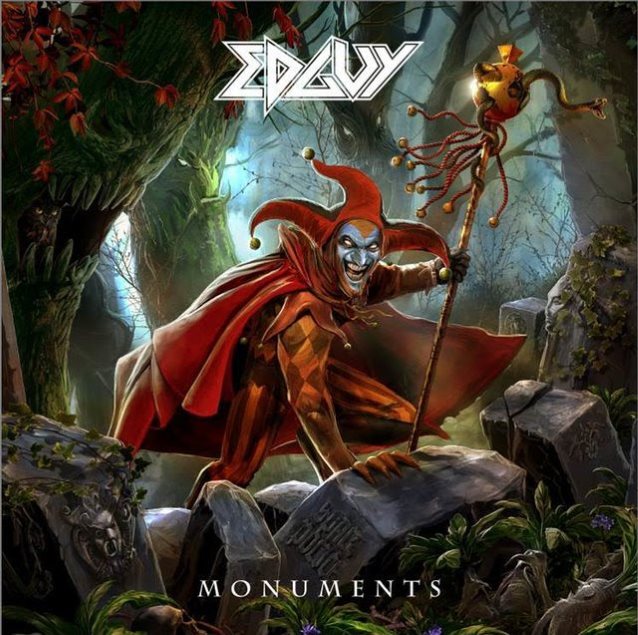