NIGHTWISH - to release live DVD »Vehicle Of Spirit« in November! 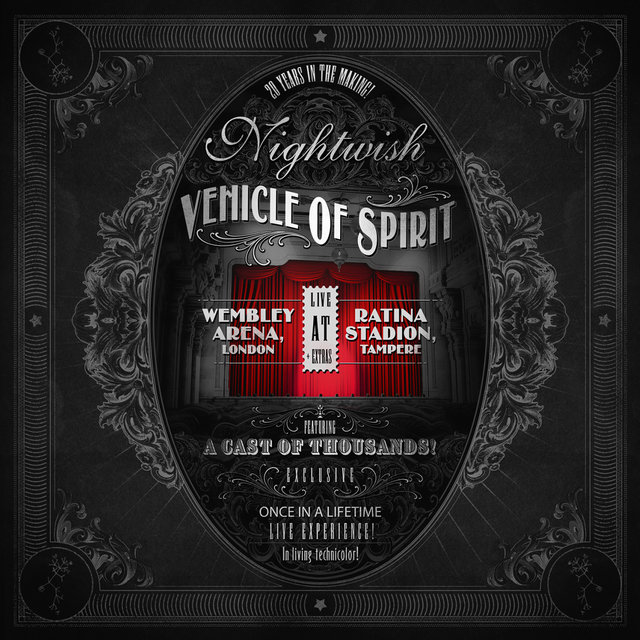 2016-07-29 - After touring for a year and a half throughout almost every corner of the world and leaving fans of all nationalities breathless, the time has come for NIGHTWISH to immortalize their »Endless Forms Most Beautiful« tour on DVD. Therefore, the symphonic metal visionaries are set to release their new live milestone »Vehicle Of Spirit« on November 4th, featuring not only two full concerts, but also plenty of bonus material.

"The title »Vehicle Of Spirit« came from a friend of Troy's, who after seeing our show a few years ago defined NIGHTWISH as 'A vehicle of spirit that defies category'. That beautiful description has followed us ever since, and felt like a perfect match as the DVD title," states keyboardist and songwriter Tuomas Holopainen.

Sold out arenas and spectacular shows with never before seen pyro effects, wind machines, video screens and of course NIGHTWISH's incomparable melodies are the elements that made their latest tour so unique. Special highlights for the band have been two particular shows though: The one in London, where they not only played their hymns such as 'Élan' and the majestic 'The Greatest Show On Earth' to more than 12.000 fans, but also welcomed the world famous scientist Richard Dawkins live on stage with them. Richard Dawkins´ works had a massive impact on the thematical orientation of their latest studio album ”Endless Forms Most Beautiful”. Finland's Tampere show however was a home run for the band and never before NIGHTWISH had such an immense stage production with them:

"I would say the main part of the DVD are those two shows, both Wembley and Tampere. Wembley is mentioned first due to its recognizability and legendary status. I remember the show being very special, both a goal achieved, and a starting point. The crowd was heartwarming. The presence of Richard Dawkins on stage was just mind-blowing. The overall experience was a once-in-a-lifetime thrill ride! The show in Ratina Stadion, Tampere, was a home crowd specialty (for 4/6th of the band) with the biggest stage production we've ever had. A lovely atmosphere throughout the concert, with many same faces in the front row as there were 15 years ago. Heartfelt."

When it comes to the fine artwork of the DVD, NIGHTWISH decided to walk different paths this time and come up with a little alternative idea, as Tuomas explains:

"We didn`t want to include a traditional band shot for the cover, as on the previous DVD release »Showtime, Storytime«. So we started brainstorming on different options and the idea of a classic silent movie era Hollywood visuals quickly came up. With those classic slogans the cover has a little tongue-in-cheek-touch to it, but it's still classy and eye catching in its simplicity and originality."

DREAM THE ELECTRIC SLEEP - Beneath The Dark Wide Sky

"Beneath The Dark Wide Sky" 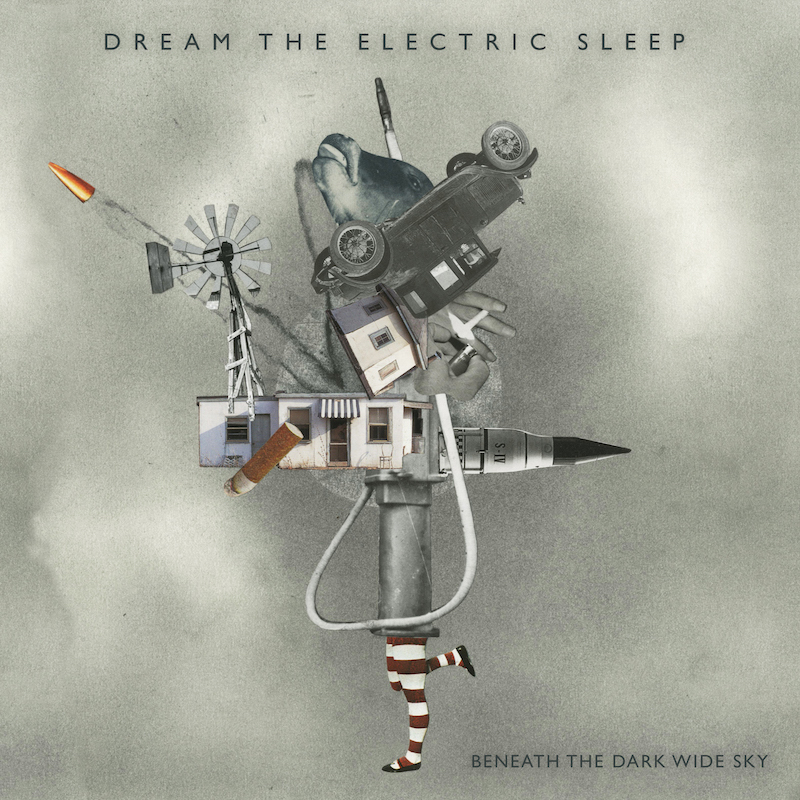 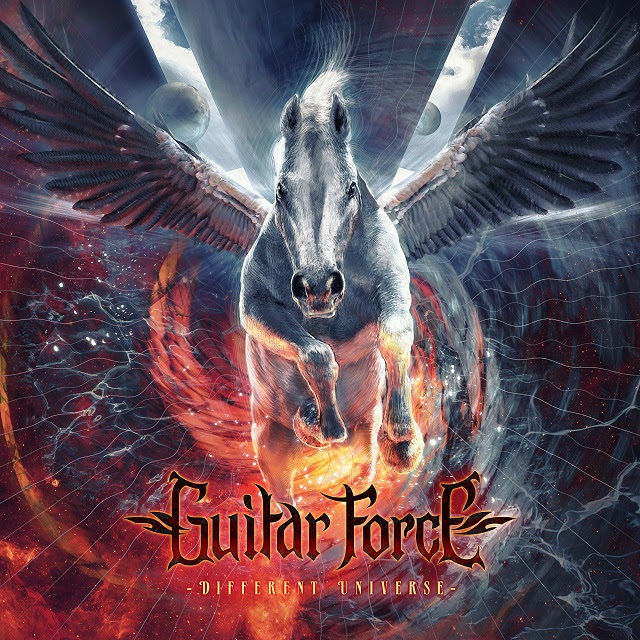 Guitar Force was founded in 2007 by Marcin Habaj – a guitarist, a composer and lyrics author. It consists of 5 young people from south – eastern Poland and music style oscillates around hard rock and heavy metal. 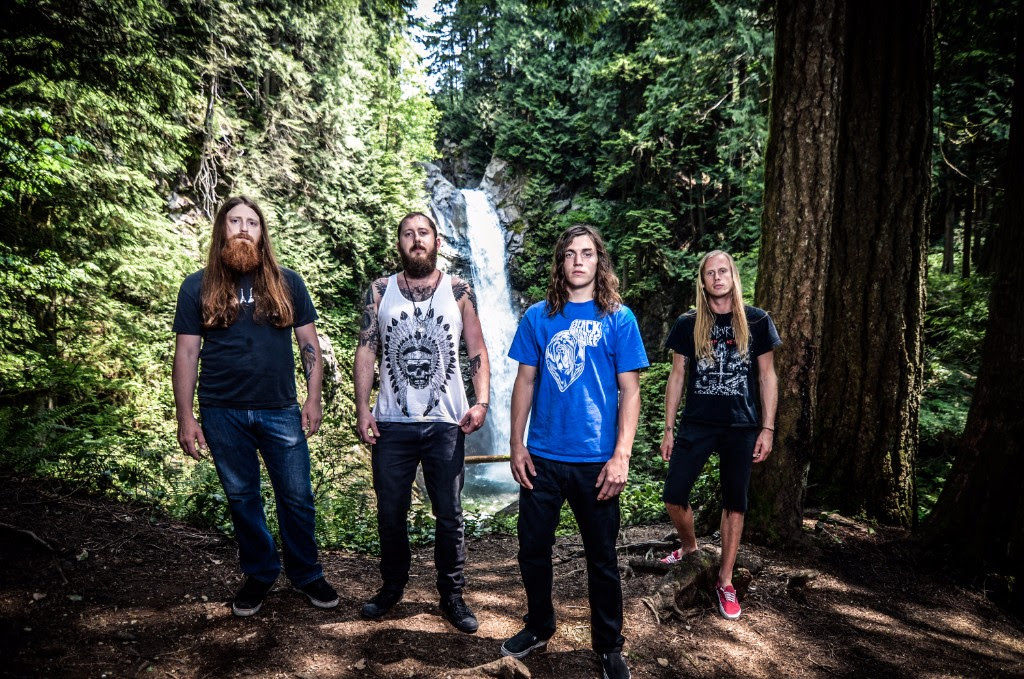 ANCIIENTS are now presenting the first smoking hot track from their highly anticipated new album 'Voice of the Void'. The Canadian heavy rockers will release this follow-up to their acclaimed debut full-length 'Heart of Oak' (2013) on October 14.

Guitarist and vocalist Kenneth "Kenny" Paul Cook comments on behalf of the band: "The new ANCIIENTS record is titled 'Voice of the Void' and somewhat of a step in a new direction lyrically and musically. I think, it still has the sound we developed on 'Heart of Oak', but the riffs are a lot heavier at times and the lyrics are far more cynical and dark. With all of the chaos happening on this planet as of late it seems as though things will get worse before they get better, and that kind of embodies the theme of this album as a whole. Jessie Gander did a great job capturing the music and his production far surpassed our expectations. The first new song out, 'Following the Voice' is about struggles with inner demons that many people face. Knowing what the right thing to do is, but not listening to your conscience and choosing the path that is best for yourself, but harms others in process. It is about following the evil voice in your head as opposed to the voice of reason."

'Voice of the Void' was produced under the direction of Jesse Gander at Rain City Recordings in the bands' hometown of Vancouver, Canada. Artwork and track-list are now revealed below.

You want an album that delivers smoking hot rock and delicious heaviness in equal measure? 'Voice of the Void' does exactly that. An avalanche of brilliant riffs comes crashing down your speakers, driven by a relentlessly pounding rhythm section. Vancouver's ANCIIENTS have no time to spare, no fillers, no hesitation, they are just pushing and pulling and banging those heads from start to finish.

With their sophomore opus 'Voice of the Void', the Canadians are fulfilling all the glorious promises that 'Heart of Oak' (2013) already made. In comparison to their critically acclaimed debut full-length, which already contained the musical equivalent of the warm flow, solid earthiness, and beautifully dark undertones of whisky matured in ancient oak casks within an intoxicating song-writing, the new songs have exponentially boosted the tasty formula unique to this band.

ANCIIENTS have remarkably honed their composition skills and moved further into their very own musical territory, which makes it considerably harder to just liken this band to kindred spirits such as MASTODON, KYLESA, BARONESS, THE SWORD, and HIGH ON FIRE and happily drop them into the same box without second thought. Those amazing vocal duels between grim growling and clean singing, which have been brought to perfection, would alone support the constant tension and high dynamics of this record. Yet of course, a barrage of crunchy riffs as their instrumental counterpart maintains the proper balance.

ANCIIENTS were founded in 2009 featuring former 3 INCHES OF BLOOD member Aaron "Boon" Gustafson on bass, who is flanked by the outstanding guitarist and vocalist duo Kenneth Paul Cook and Chris Dyck. Drummer Mikey Hannay constitutes a mighty powerhouse of quite complex yet heavily driving rhythmical patterns. With the release of their 7" EP "Snakebeard" (2011) alone, the Canadians were invited to join on the stages of HIGH ON FIRE, GOATWHORE, BORIS and THREE INCHES OF BLOOD. More touring and festivals shows followed the release of highly praised 'Heart of Oak', but now ANCIIENTS are ready for the next giant leap of their career. Let 'Voice of the Void' rock your mind! 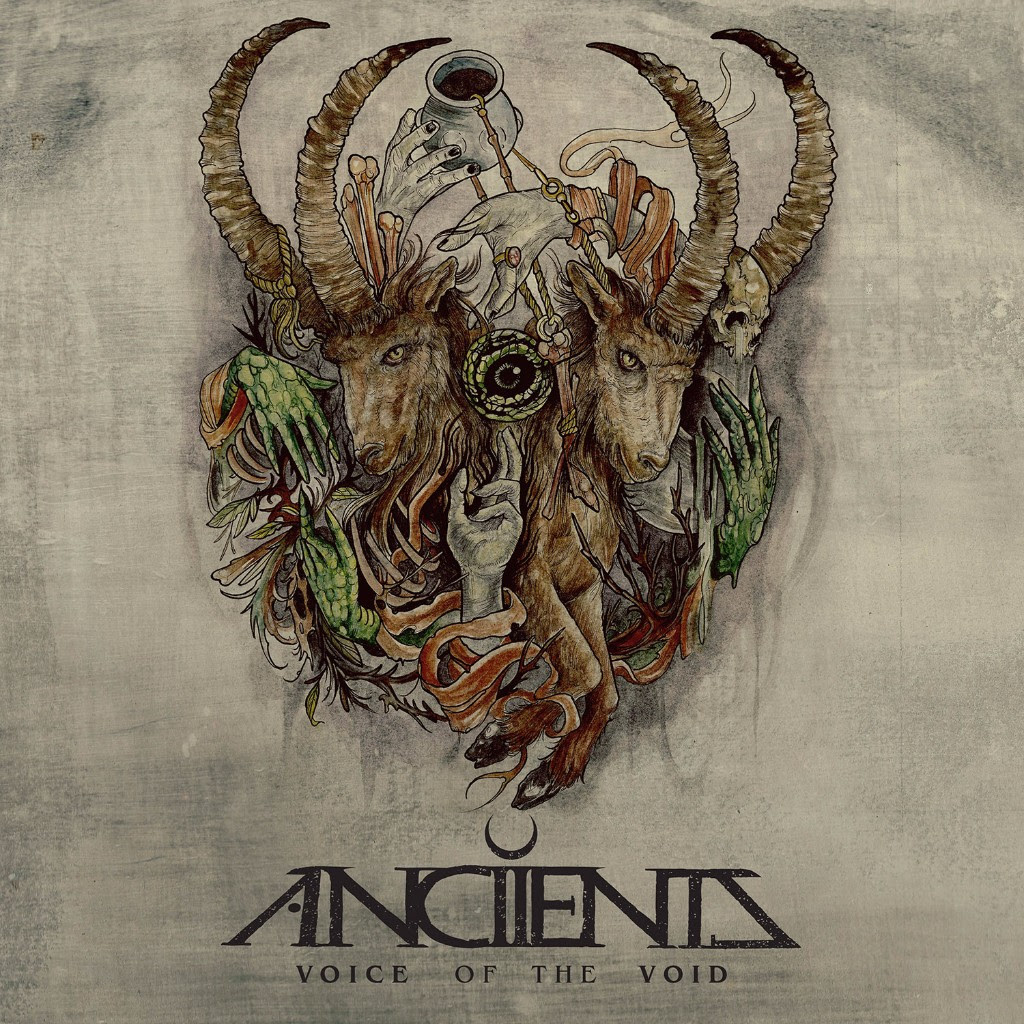 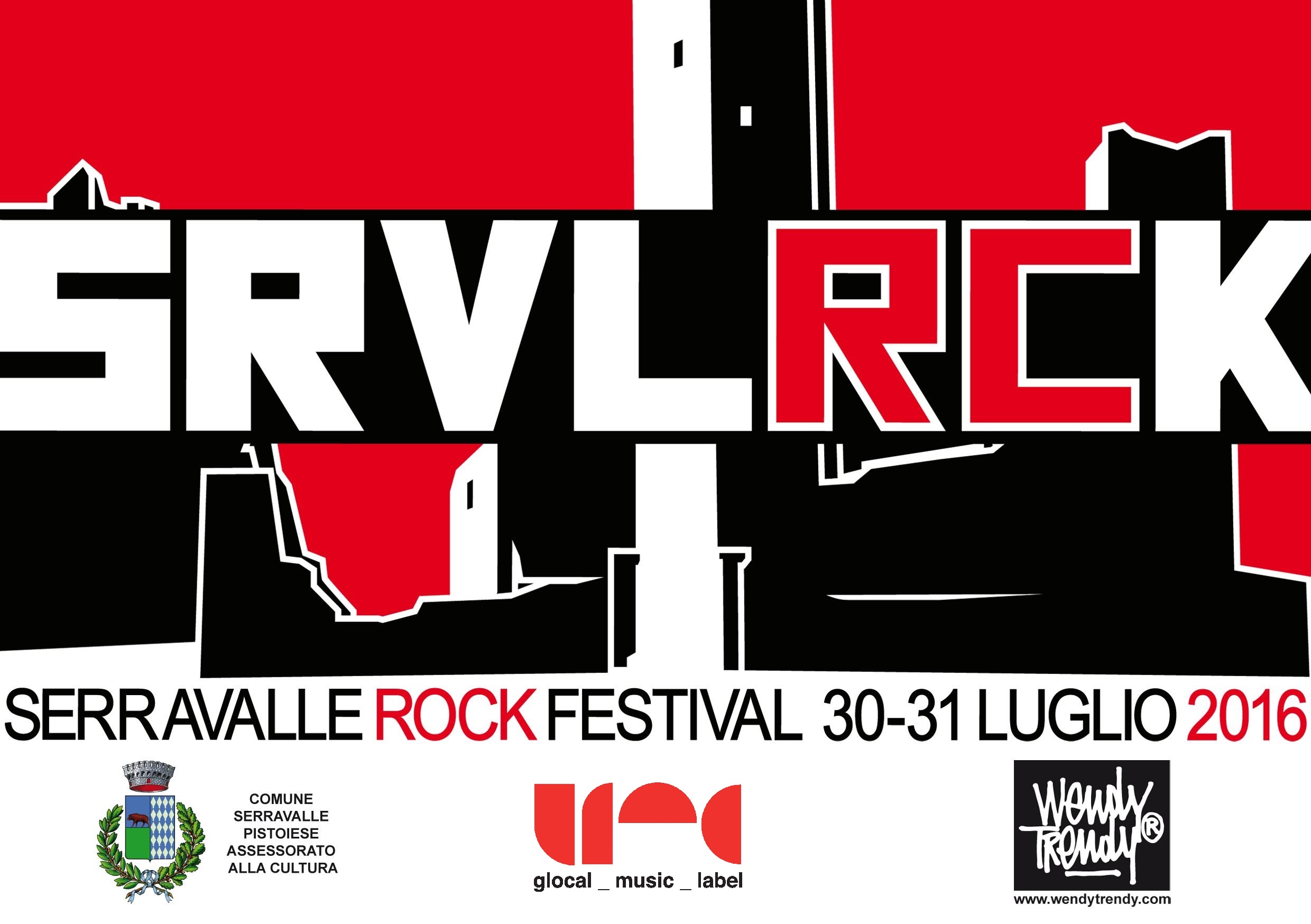 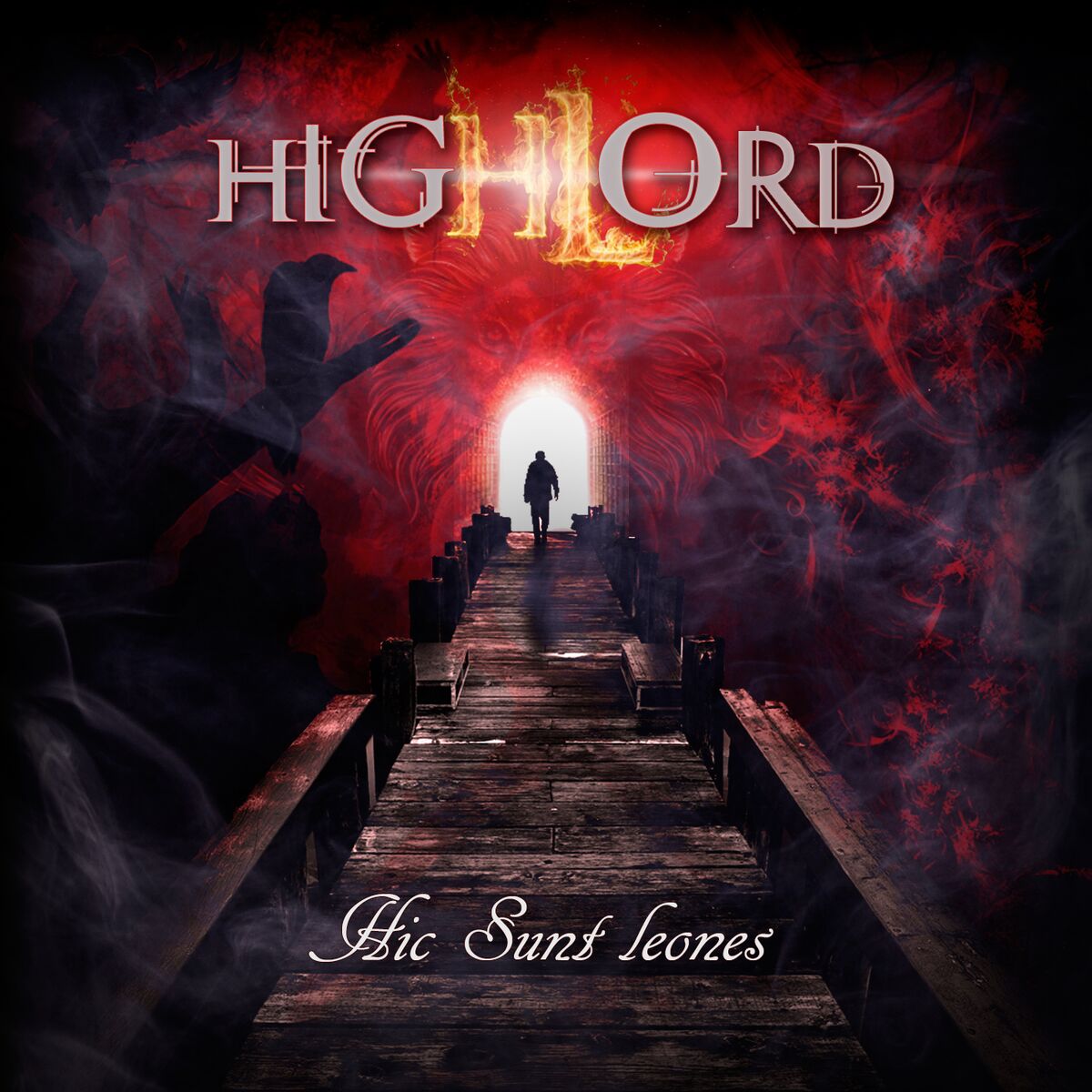 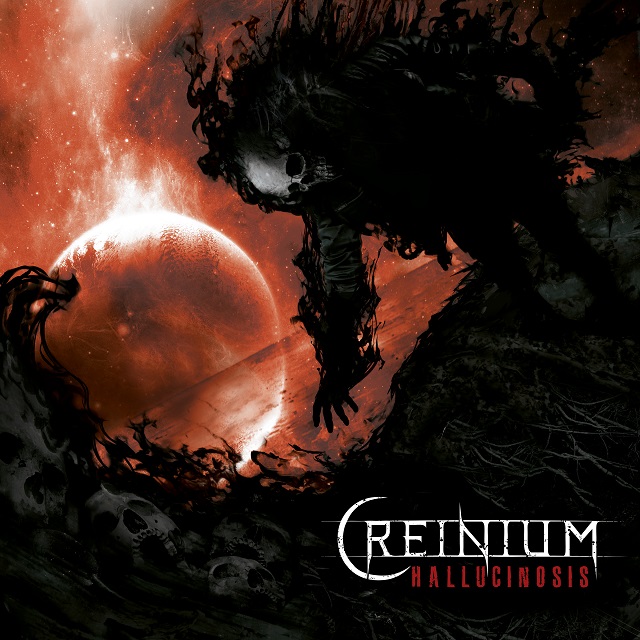 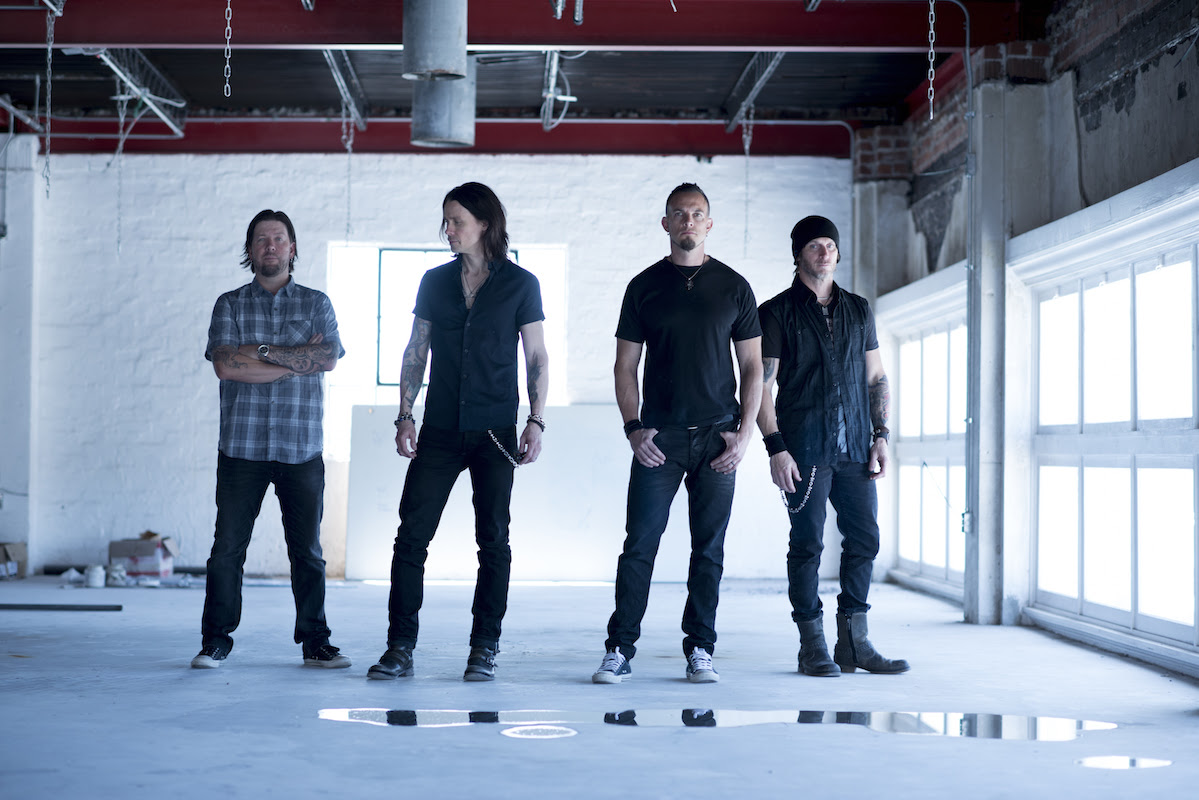 ALTER BRIDGE have announced their fifth studio album, The Last Hero, will be released on October 7 through Napalm Records. The Last Hero is the follow up to 2013's critically acclaimed Fortress, which swept into album charts worldwide - including a #6 slot in the UK, #12 in the US (Billboard 200), #7 in Germany and #4 in Austria.

ALTER BRIDGE have announced their fifth studio album, The Last Hero, will be released on October 7 through Napalm Records. The Last Hero is the follow up to 2013's critically acclaimed Fortress, which swept into album charts worldwide - including a #6 slot in the UK, #12 in the US (Billboard 200), #7 in Germany and #4 in Austria. 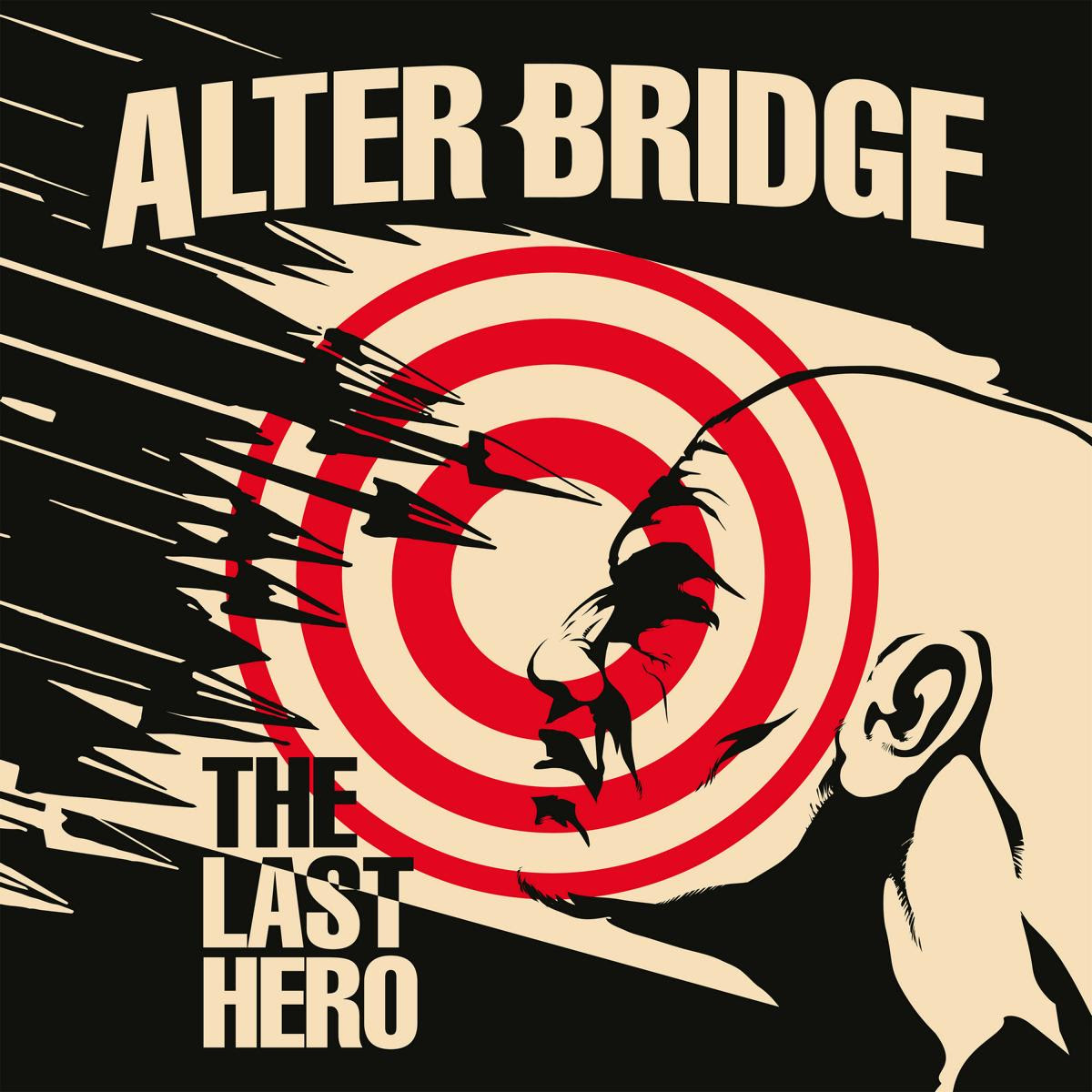 The band worked with producer and longtime collaborator Michael 'Elvis' Baskette to craft the songs for The Last Hero, recently showcasing those tracks at a special listening party for fans at The Beacham club in the band's home base of Orlando, FL. The sleeve artwork was also revealed. 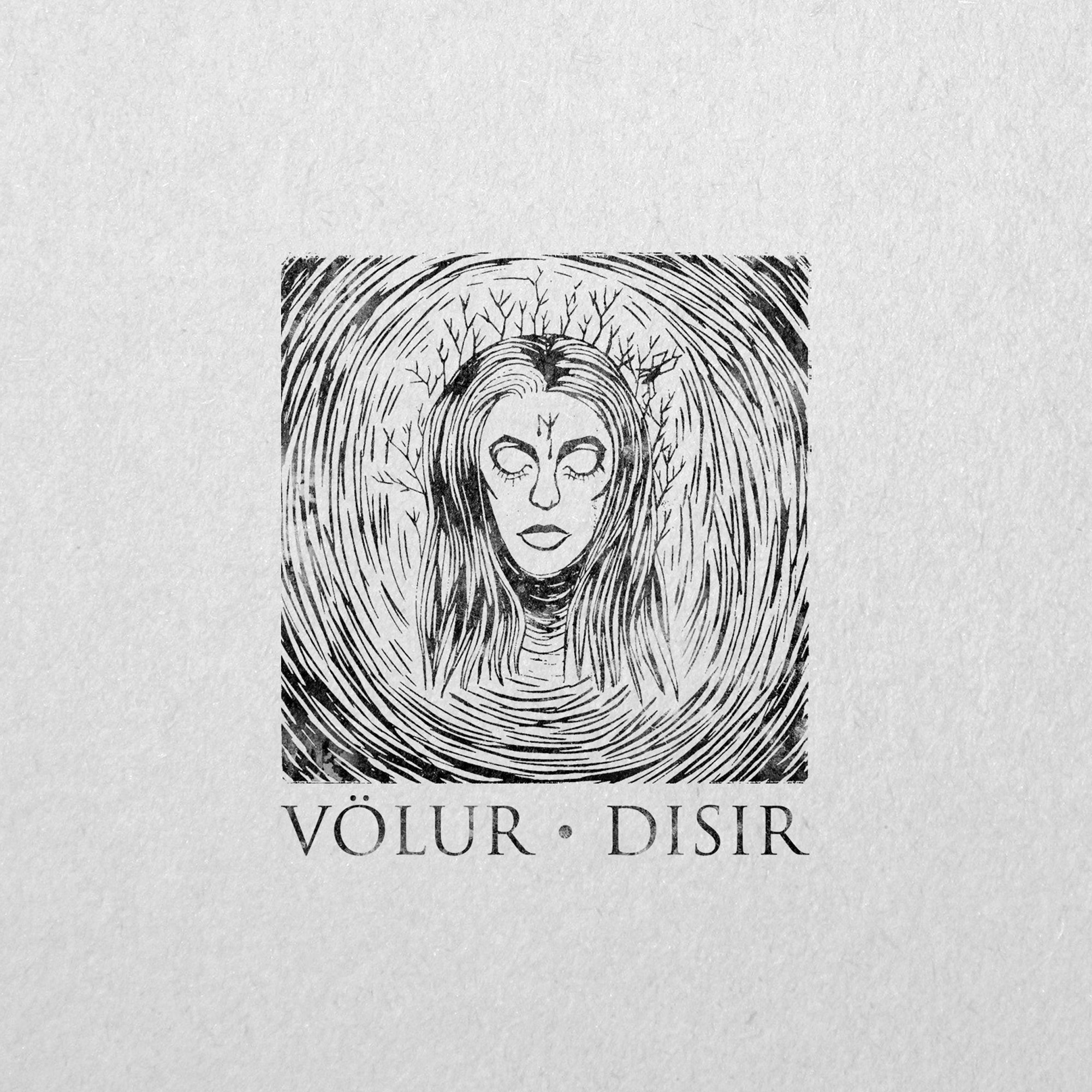 The End… o forse no. 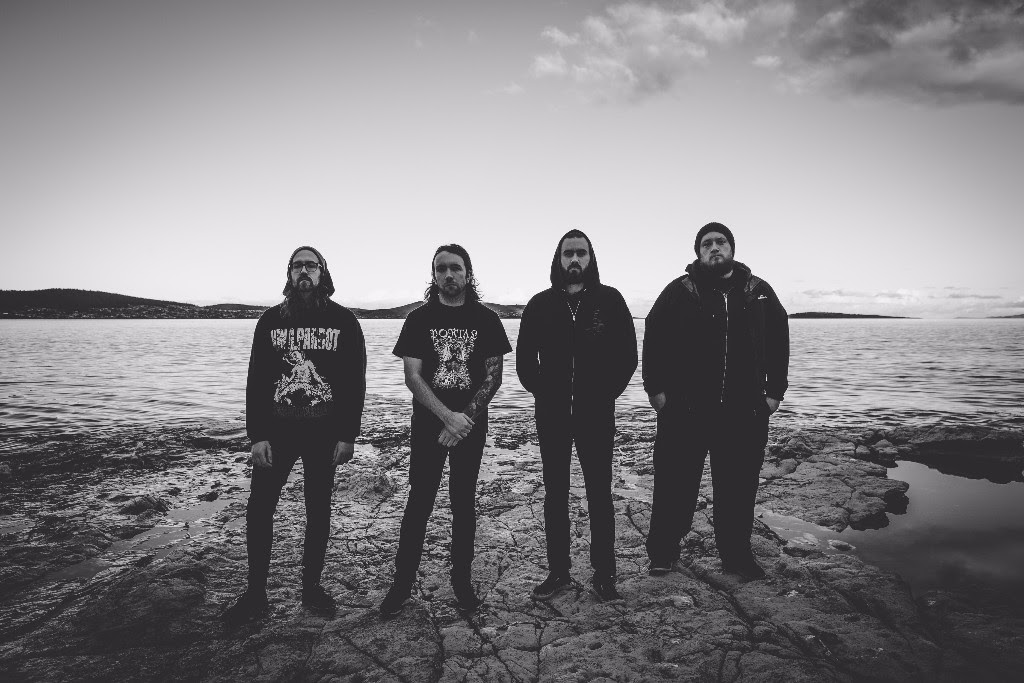 DÉPARTE are unleashing the first vitriolic song taken from their forthcoming full-length 'Failure, Subside'. The release date of their debut album has been slated on the 14th of October. 'Failure, Subside' is now exclusively streaming via Metalitalia

Frontman Sam Dishington comments on behalf of DÉPARTE: "Our new track 'Vessel' is a reaction to deeply entrenched feelings of isolation and futility. It deals with the despair of being stranded in that place, that void, and even still finding peace, stillness, and victory, drawing you out into the light. From a musical standpoint, 'Vessel' is quite broad, touching on many of the elements you can expect to hear throughout the rest of the album. Dark, crushing and dissonant, yet in the same breath powerful and emotive."

The Australian post-black metal extremists have previously revealed the cover art of 'Failure, Subside', which is based on a photograph by Alistair Davis of Zac Blain that has been edited by Sam Dishington and Michael Rankine. Artwork and track-list can be viewed below. 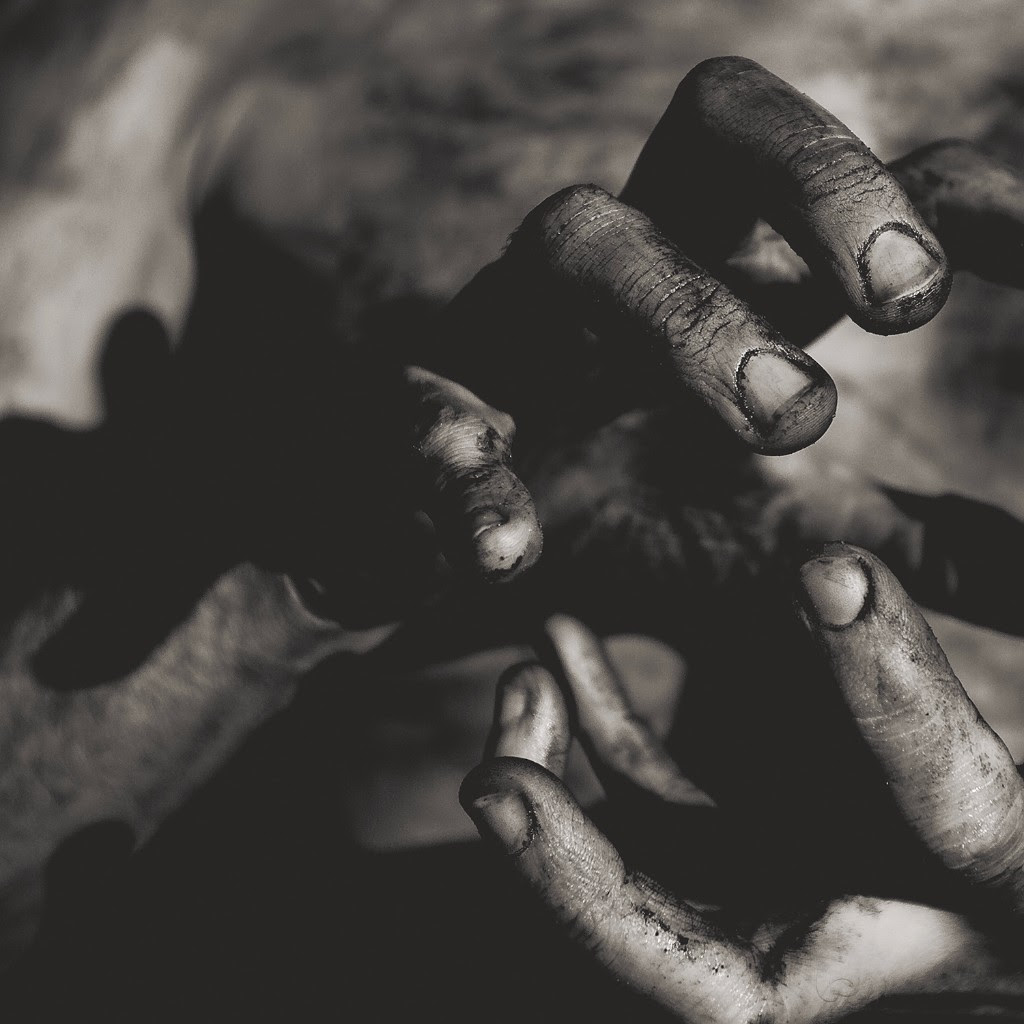 Darkness descends, physically oppressive, a heavy weight on the chest. Black tendrils probing, intruding, coldness seeps into skull and bones. Pain and a crushing despair grip the soul. Yet this bleak onslaught is as precise as methodical. A grim determination drives this spike deep into the heart. With their debut album 'Failure, Subside', DÉPARTE set a new benchmark for musical viciousness.

DÉPARTE were formed in Hobart, Tasmania as a black metal quartet at first under the name ØRANNIS in 2011. The Australians intended to create dark, brooding atmospheric black metal with a focus on an intense, hypnotic live performance. Yet with the addition of a second guitarist, their sound developed further.

DÉPARTE started to drift from the more traditional black metal ethos, shed their face paint and incorporated elements from various other genres, such as post metal, drone, doom and death metal. The combination of these ingredients resulted in something unique, emotive and truly powerful.

DÉPARTE released their first official demo 'MMXIV', which contained two tracks in November 2014. It speaks volumes that the band was already invited to share stages with local heroes such as NE OBLIVISCARIS, PORTAL, and THE AMENTA as well as international heavy-weights from the calibre of GORGUTS, ULCERATE, WORMED, ABSU, and many more.

DÉPARTE then proceeded to record their debut full-length 'Failure, Subside', an album which is now ready to sink its claws into any unwary listener. Beware of this black beast!

Denominate released a single from their upcoming album. 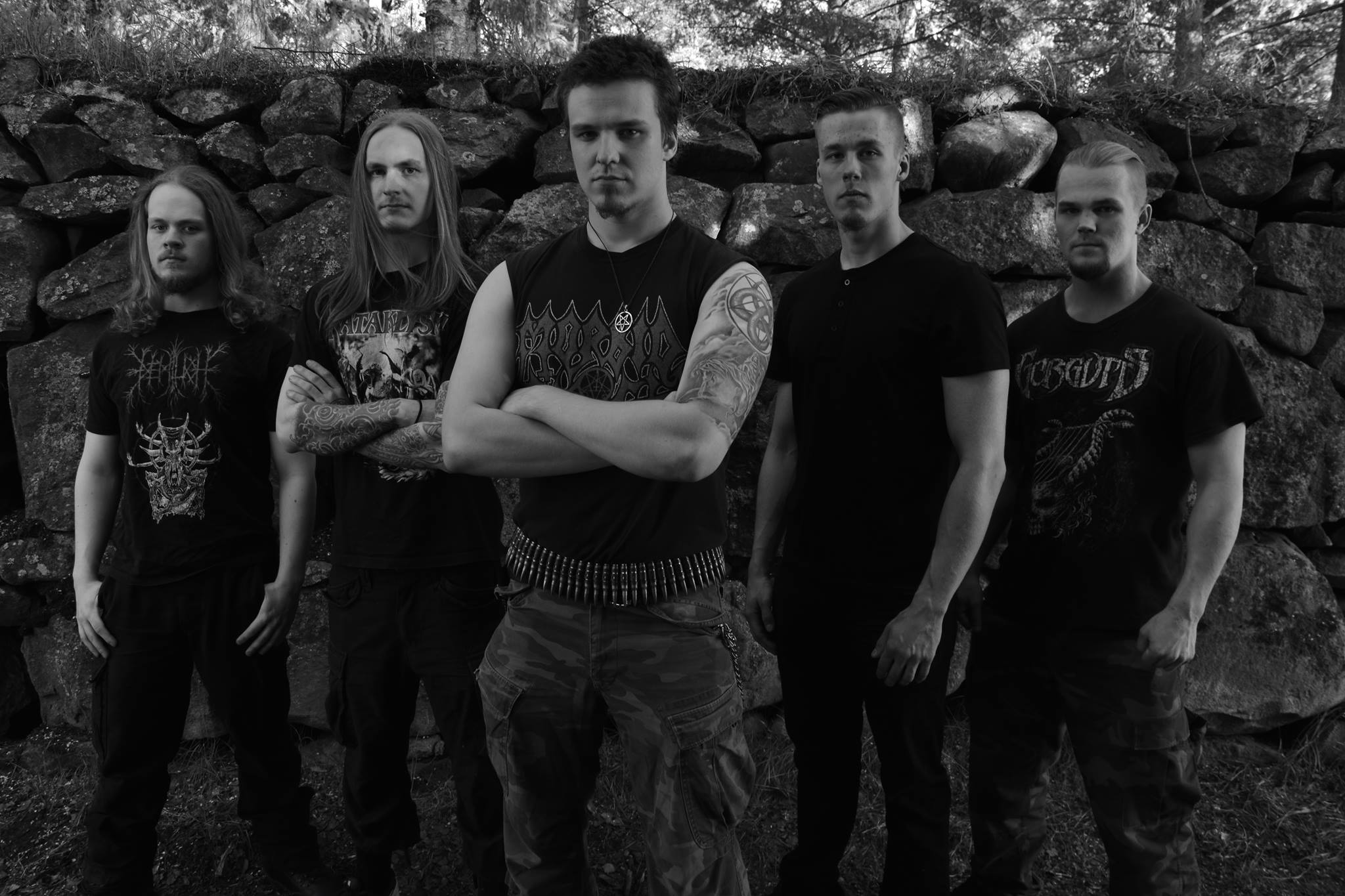 A Finnish progressive death metal band Denominate have just released a single "Penumbra" from their upcoming album. The debut full length album "Those Who Beheld The End" is released August 5th 2016 via Inverse Records.

Denominate draws influence from bands like Death and Carcass and blends it together with newer, more progressive and technical elements to create a progressive sound with a touch of old-school.

Listen to Penumbra on Spotify 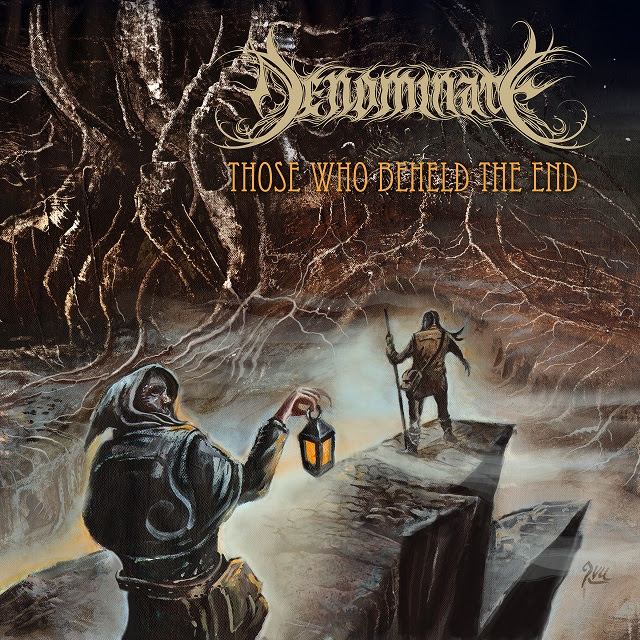 Track list:
01. In A Chasm Of Stone
02. Degradation
03. Penumbra
04. The Demented Scholar of Abatos
05. Torments of Silence
06. Apeirophobia
07. Terrestrial Funeral

TO CAST A SHADOW - Winter's Embrace 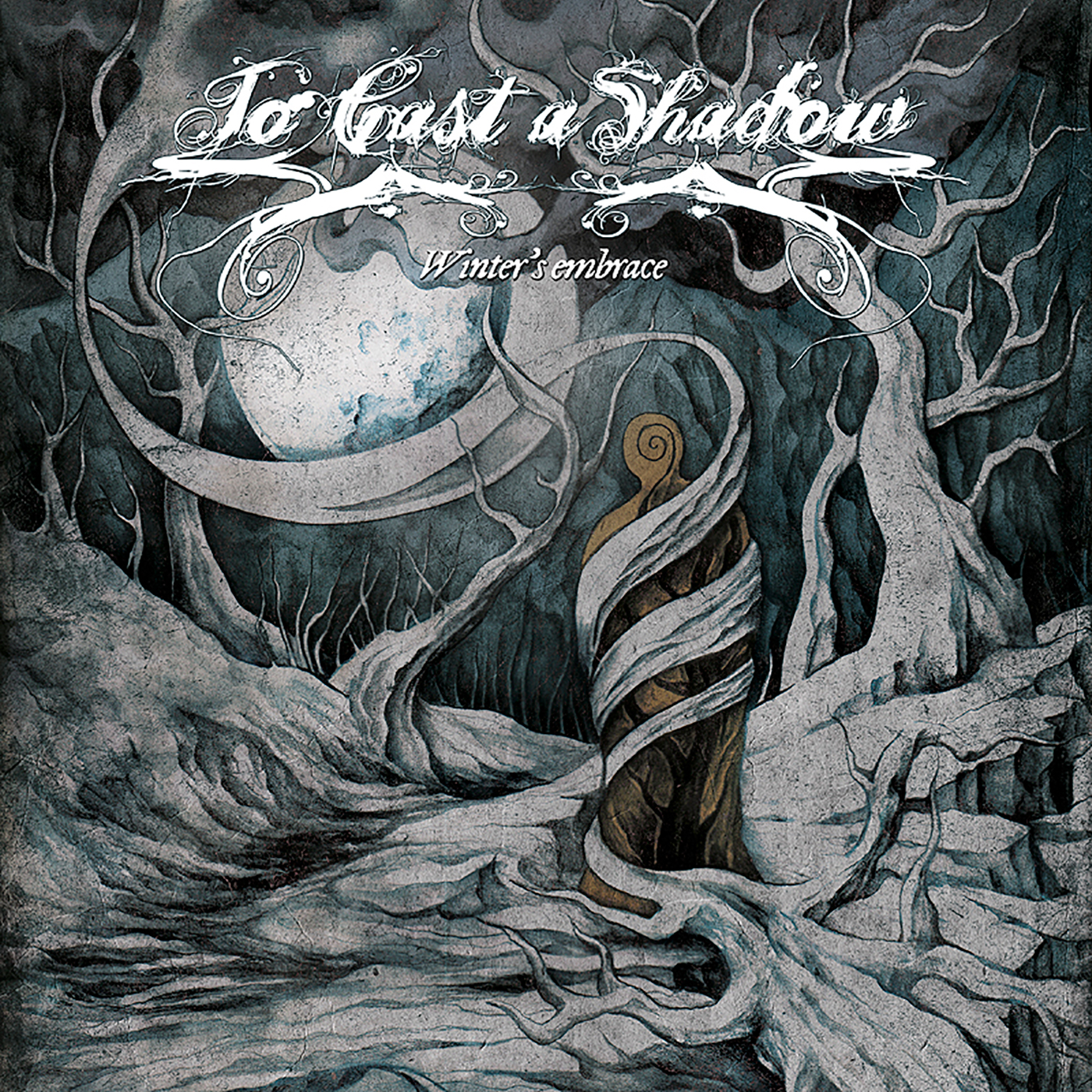 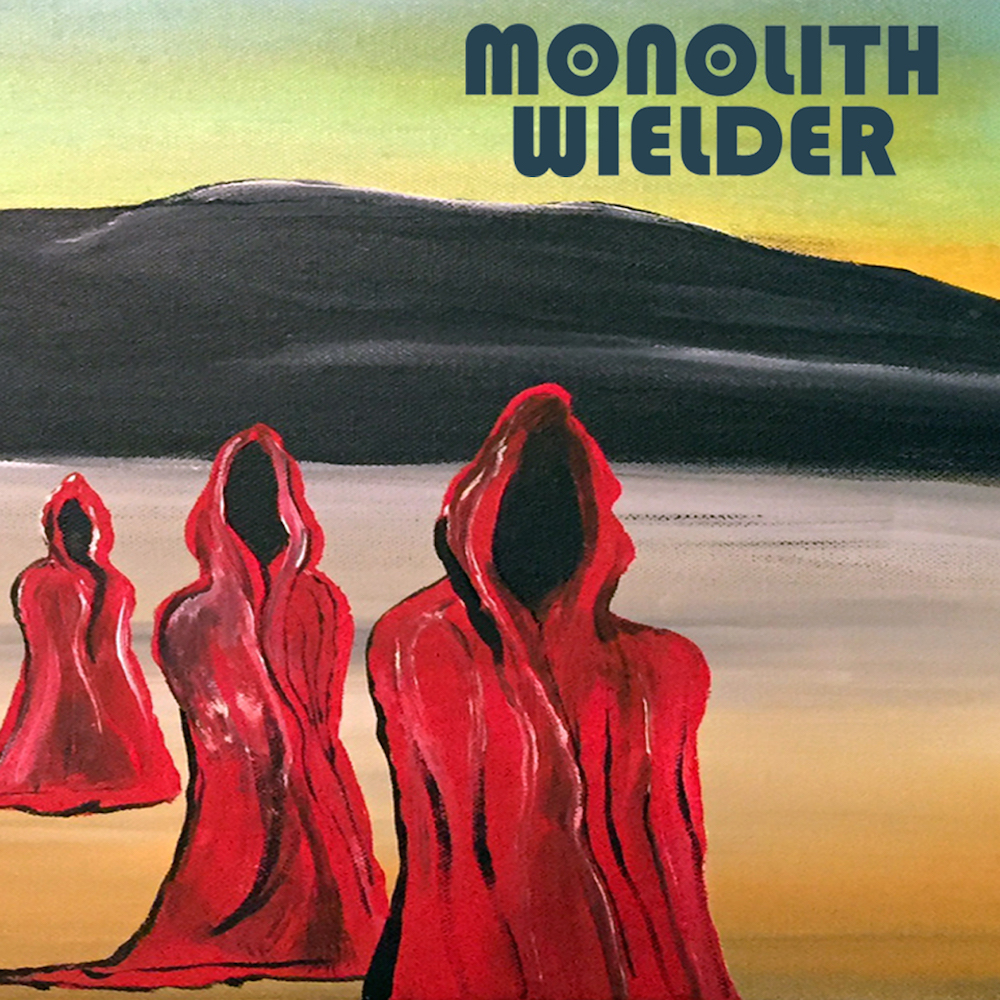 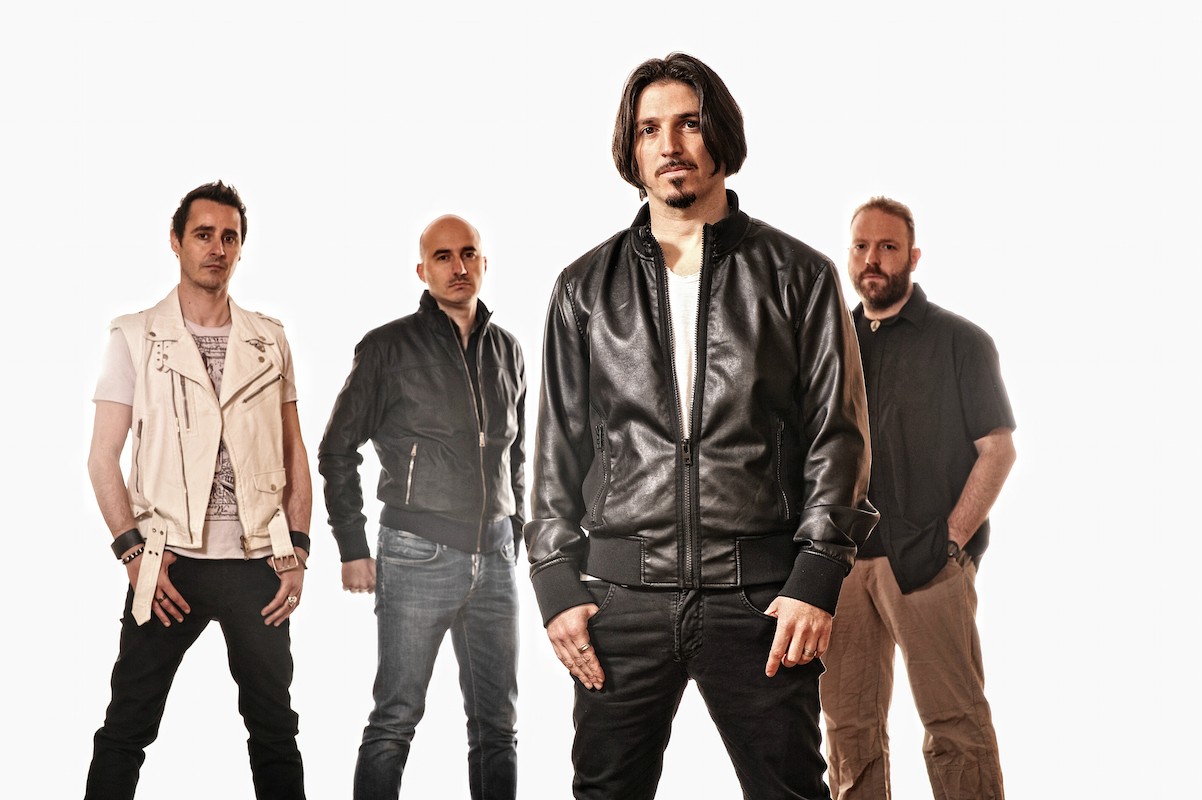