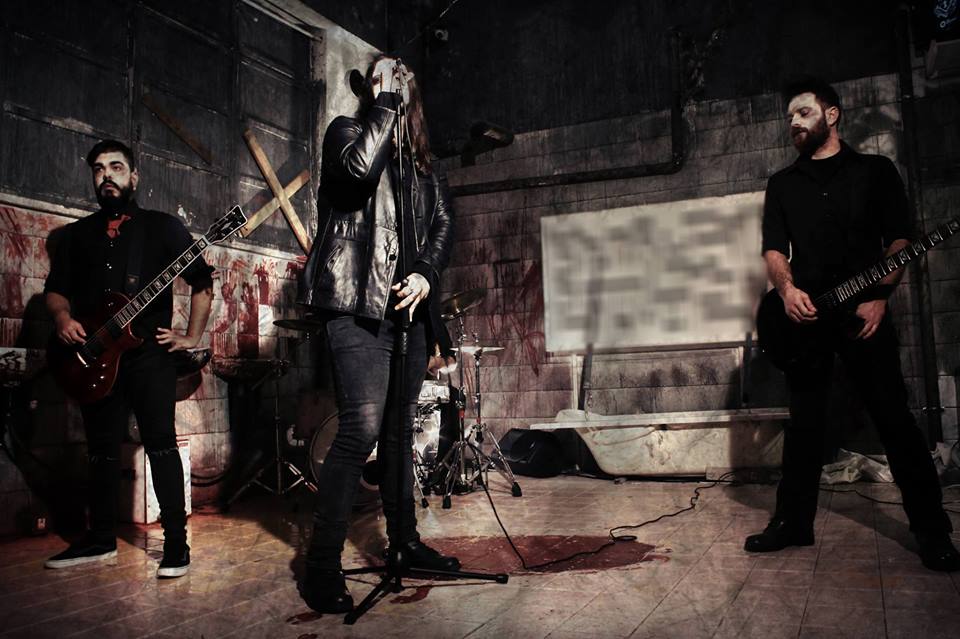 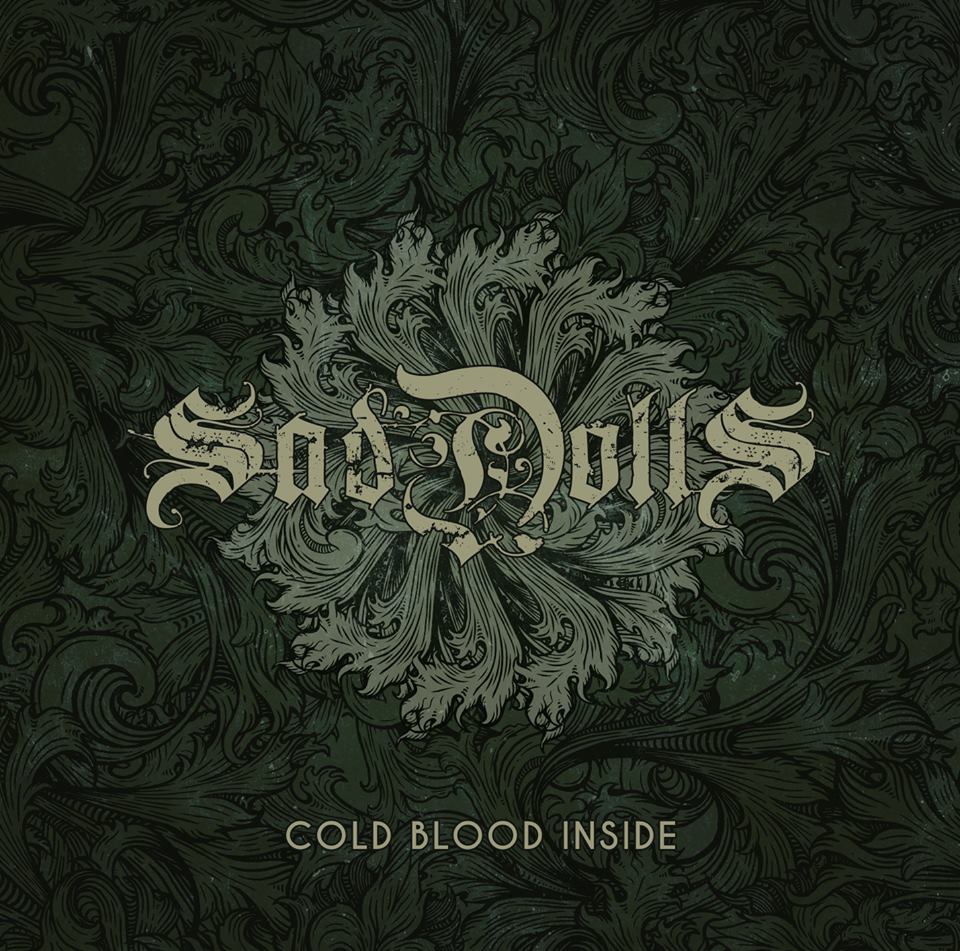 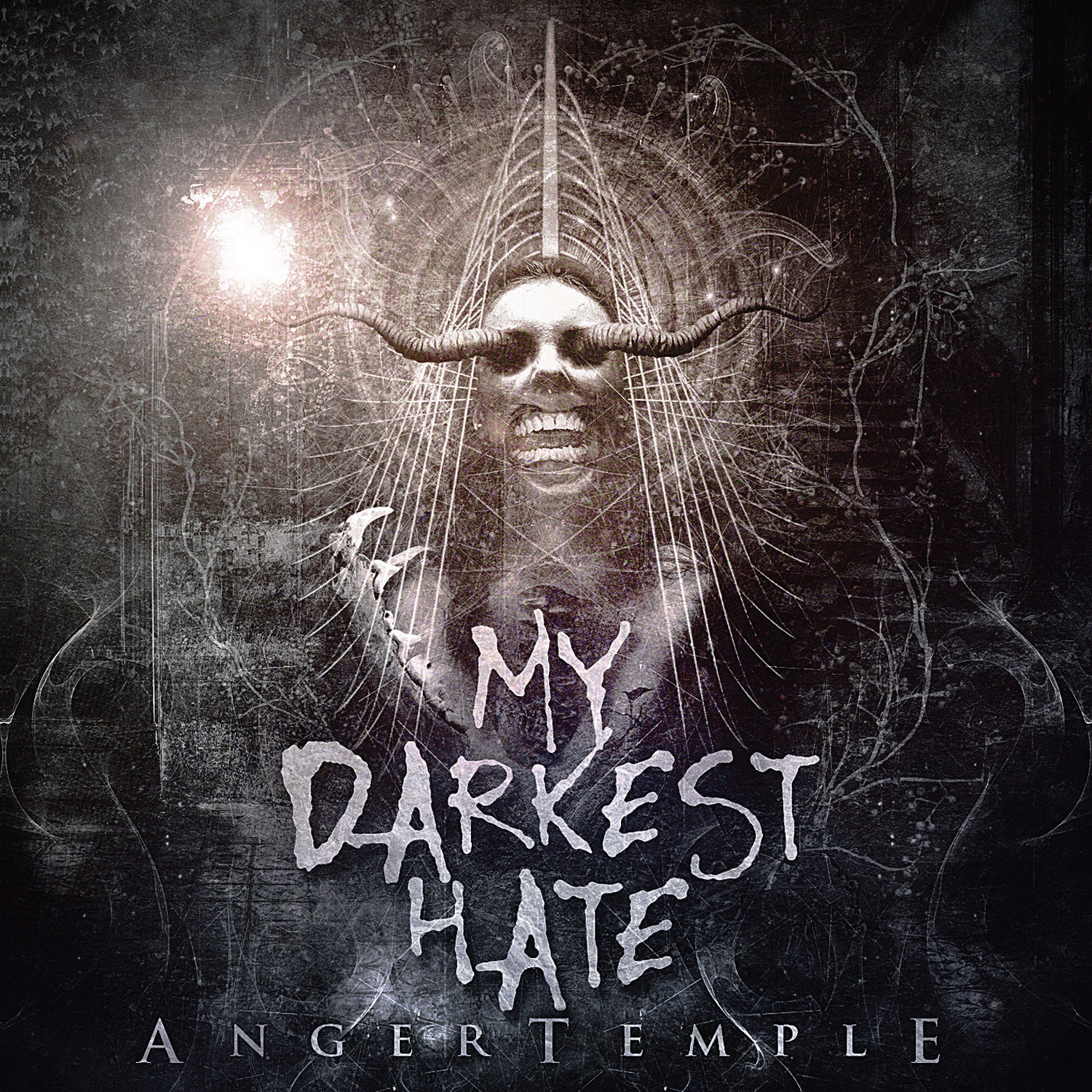 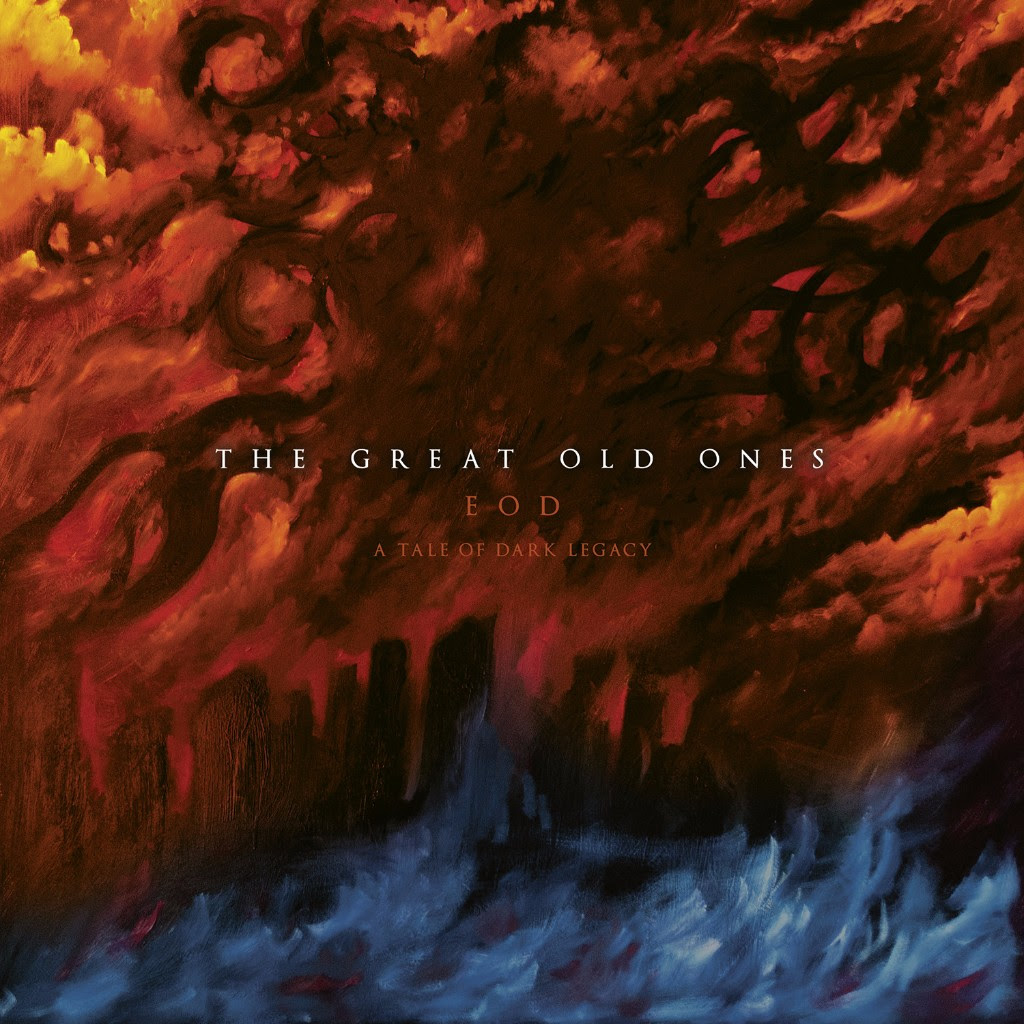 More forbidding horrors lurk below. THE GREAT OLD ONES are unleashing the next brooding song extracted from their new album 'EOD - A Tale Of Dark Legacy', which has been composed as a sequel to H. P. Lovecraft's masterpiece "The Shadow Over Innsmouth" and will finally break free into this world on January 27th.

Vocalist and guitarist Benjamin Guerry states on behalf of THE GREAT OLD ONES: "We are proud to present the next track taken from our new album. It comes heavily laden with melancholy but also filled with transcendence. The song pays tribute to the infinite depth of the sea – an essential plot device within Lovecraft's mythology. For those, who want to keep the surprise element about this tragic trip to Innsmouth, we will give no further explanation or spoiler about our story. Like with any book, you will have to experience it for yourself. We are also stoked about the great production work made by Mobo at Conkrete Studio!" 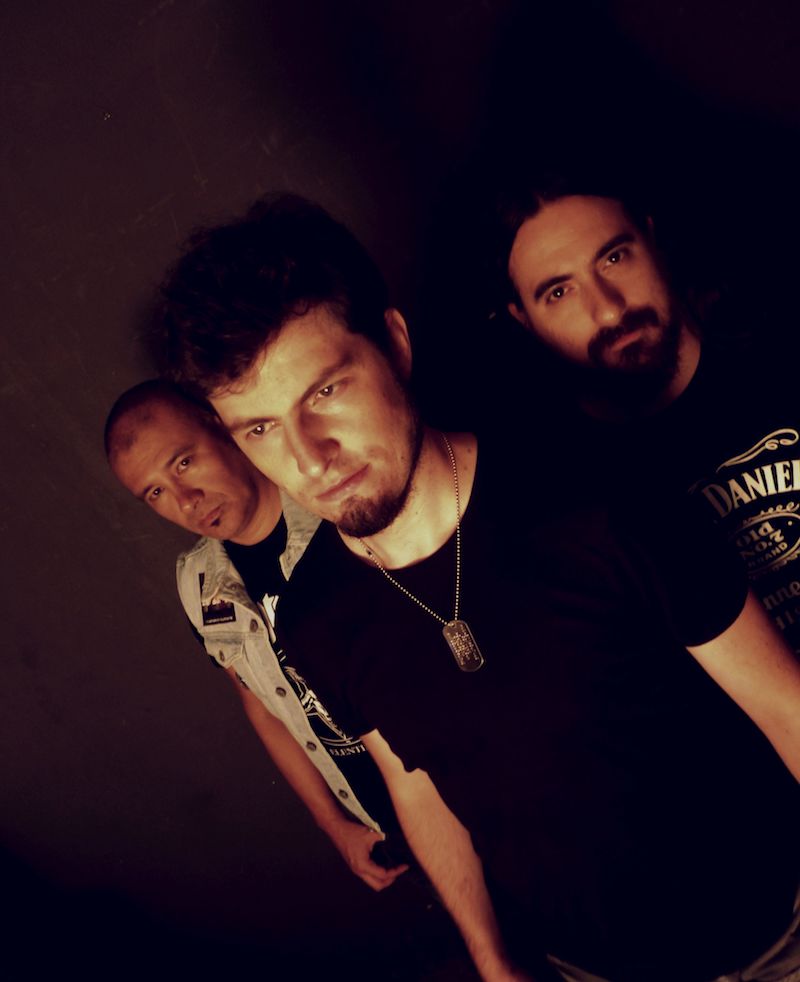 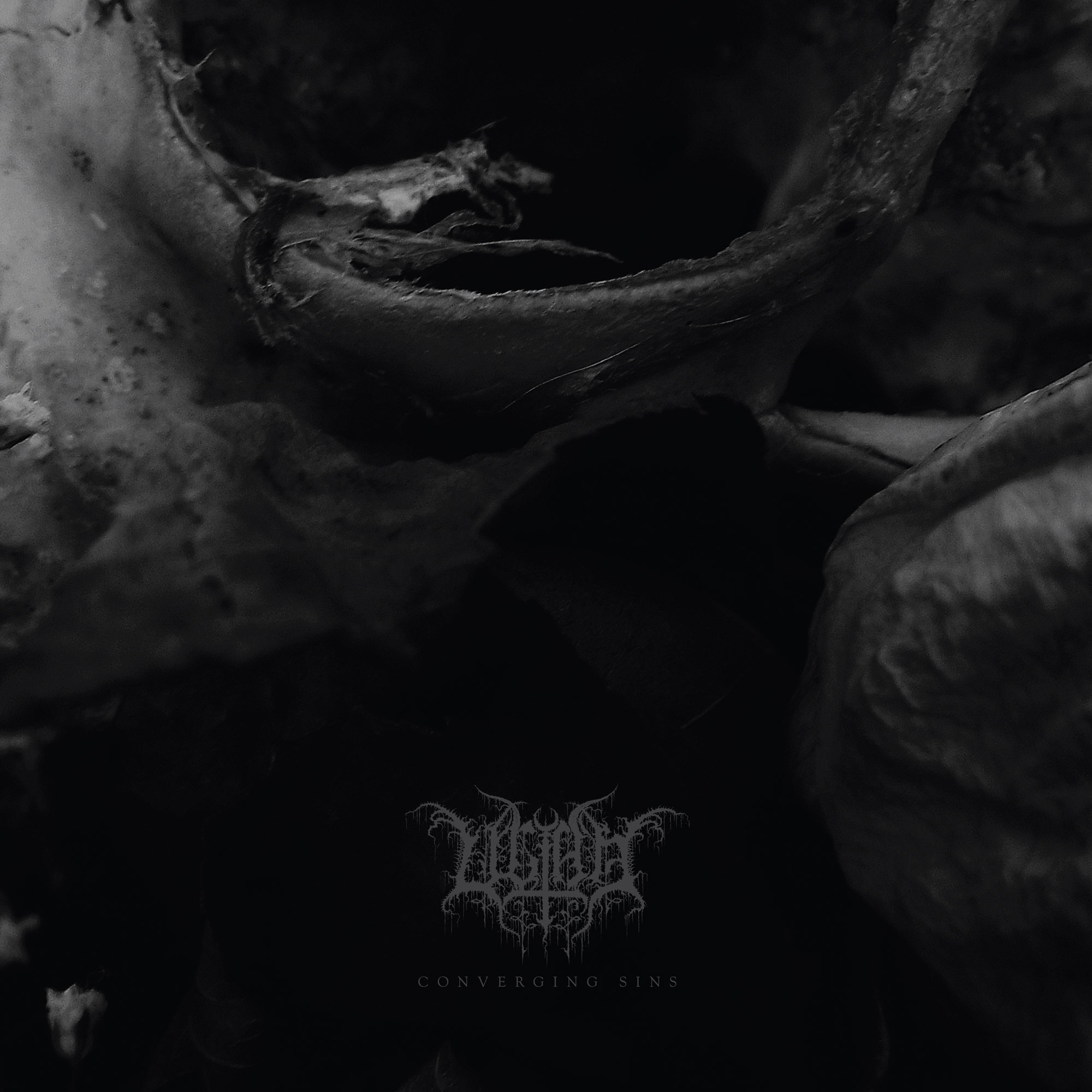 Track list:
1. The Night Took Her Right Before My Eyes
2. Mirrors In A Black Room
3. Athame | Bane Emanations
4. You Will Learn About Loss
5. Fear Lights The Path (Close To Our Hearts) 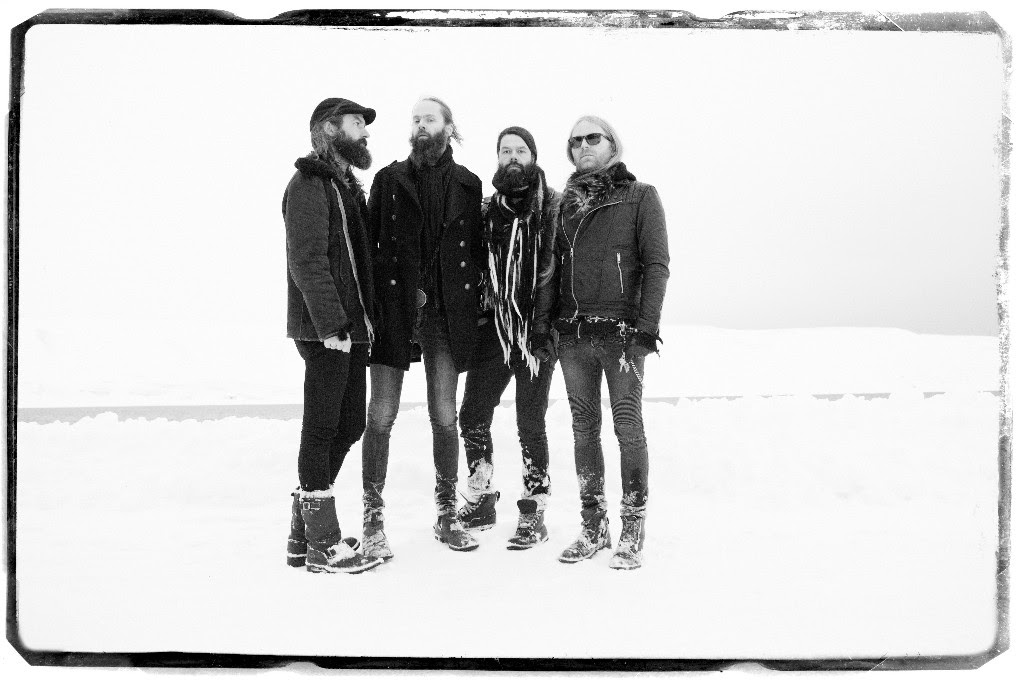 SÓLSTAFIR are now releasing a new video for the track "Dagmál", which has been taken from the band's latest full-length 'Ótta'. The enigmatic Icelandic rockers are also releasing news about their re-signing to Season of Mist and the recording of their forthcoming new album, which can be read below.

SÓLSTAFIR comment on the video: "The album cycle of 'Ótta' is coming to a close with a third and final video for the song, 'Dagmál'. The live footage for this clip was shot over the course of 18 months of heavy touring. The video features our newest band member, Hallgrímur 'Grimsi' Hallgrímsson, who started filling in behind the kit in April 2015.

On further news, Season of Mist are proud to announce the re-signing of SÓLSTAFIR. The band states: "With our previous contract coming to an end, we have had plenty of great offers on the table for which we are grateful. Yet, why should we end a good thing? The entire team works brilliantly together and everyone involved decided that continuing is the logical step moving forward."

Today also marks the start of the third week of SÓLSTAFIR recording their new album. Vocalist and guitarist Adalbjörn "Addi" Tryggvason comments on behalf of the band: "We are back here at Sundlaugin for the third time to record our seventh album. We feel right at home and after being locked up in songwriting mode for two months, it is a one of a kind feeling hearing the demos gaining life. We have fourteen songs recorded, including one cover version, but at the moment it' is too early to tell what will end up on the album. The new album will definitely sound like SÓLSTAFIR and as always, there will be surprises too."

The forthcoming full-length will be produced by Birgir Birgirsson (SIGUR RÓS, ALCEST) who also was responsible for 'Ótta'. Working alongside Birgir, Jaime Gomez Arellano (GHOST, PARADISE LOST, ULVER) has come to Iceland, bringing his unique style and experience into the production as a new element.

Jaime Gomez Arellano adds: "I feel humbled to have the opportunity of working with SÓLSTAFIR. As a fan of the band for many years, I have been trying to work with them before and now it is finally happening. So far it has been a great, creative and positive experience. Working alongside Birgir in his beautiful Studio Sundlaugin has been very productive and fun. I am very excited about the new material."

The new album is yet to be titled and will be mixed at Jaime's Orgone Studios in the UK. 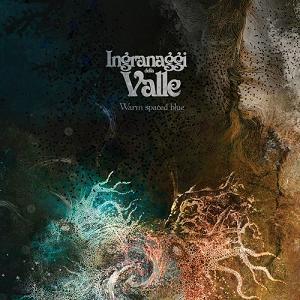 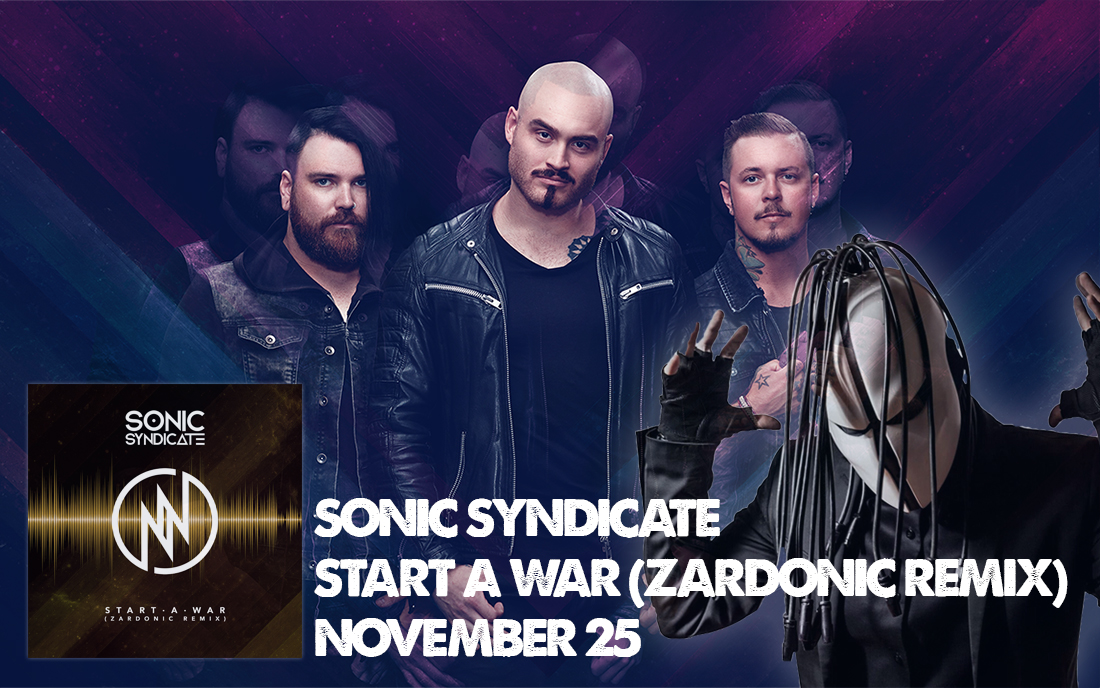 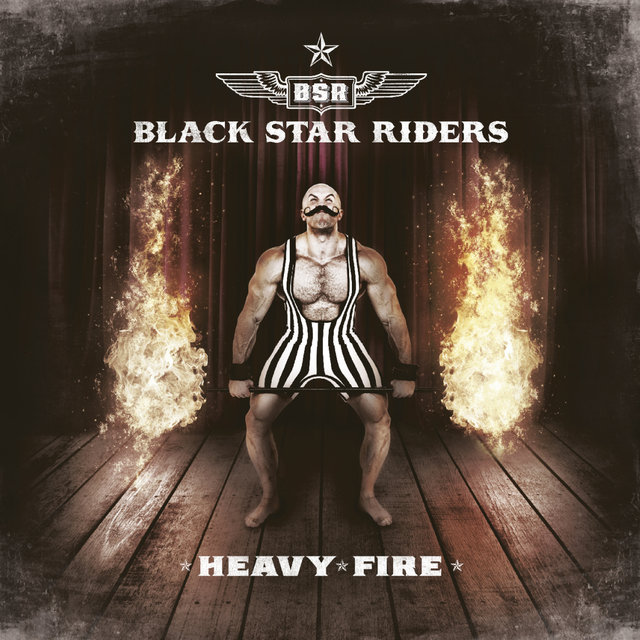 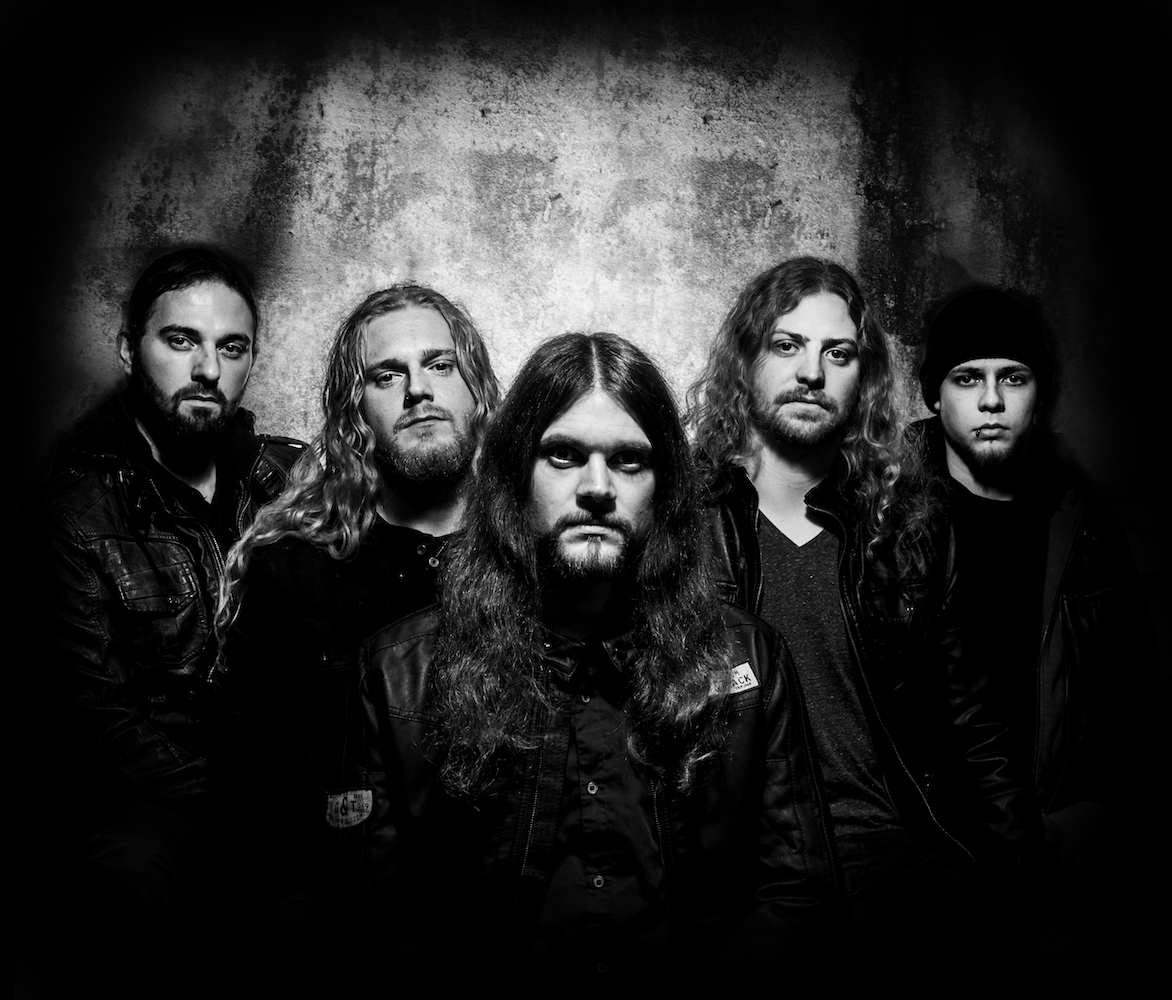 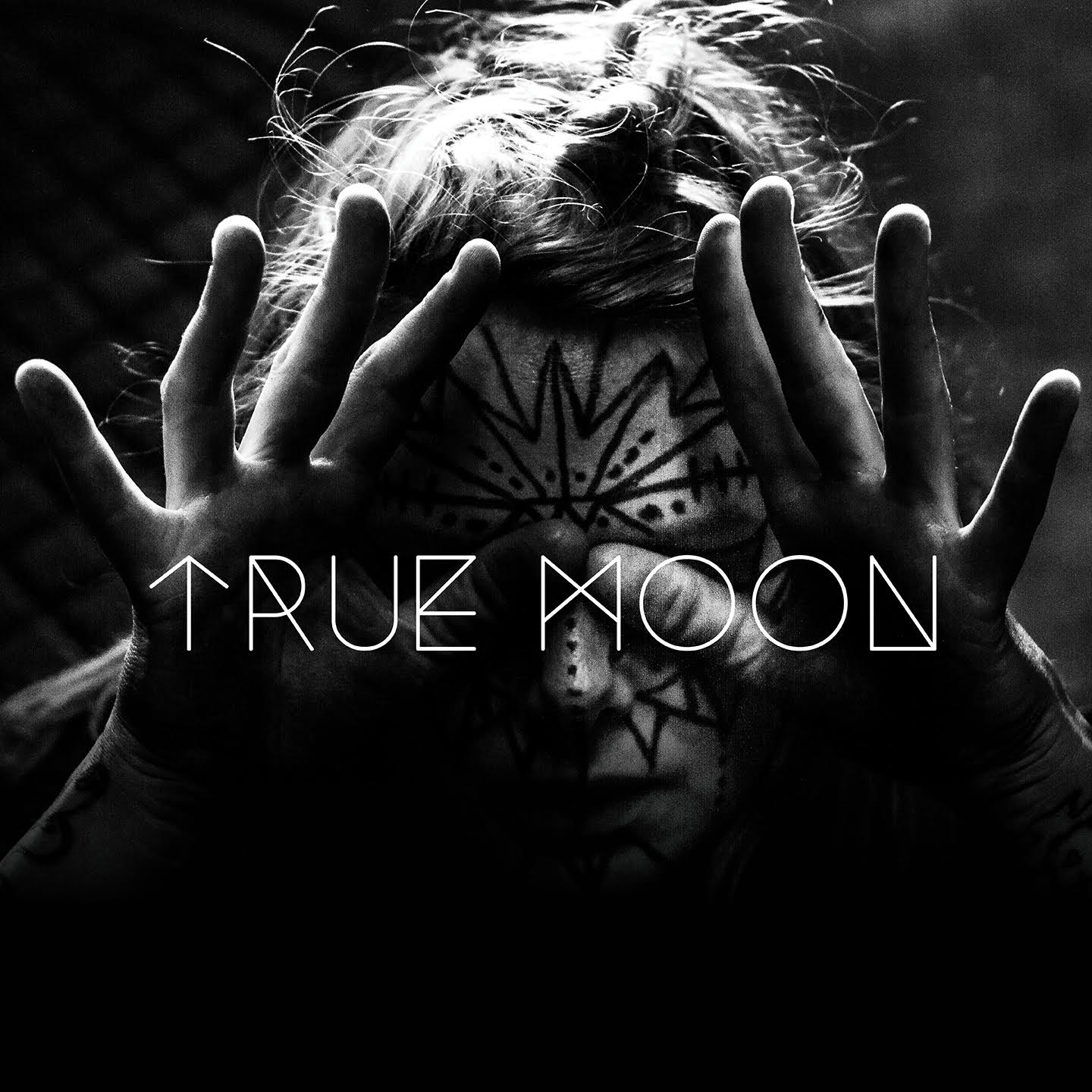 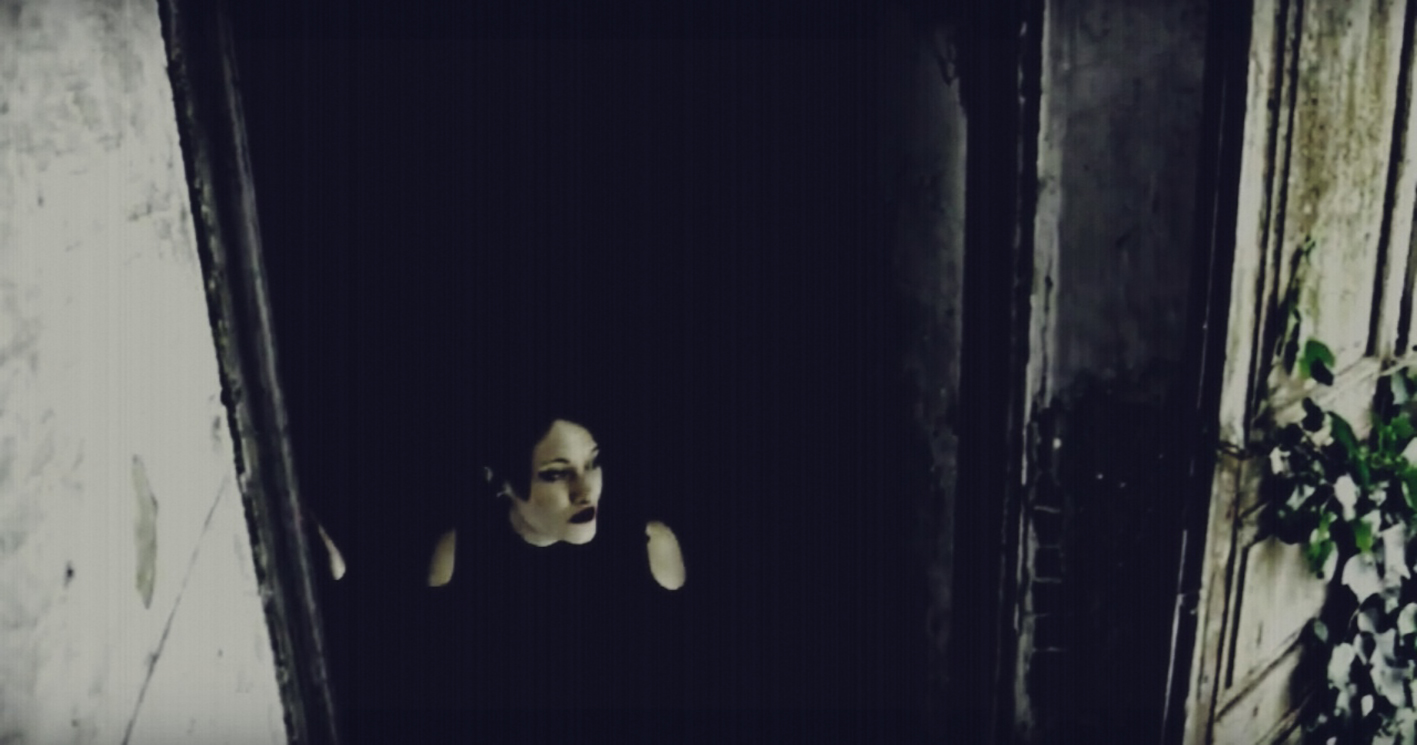 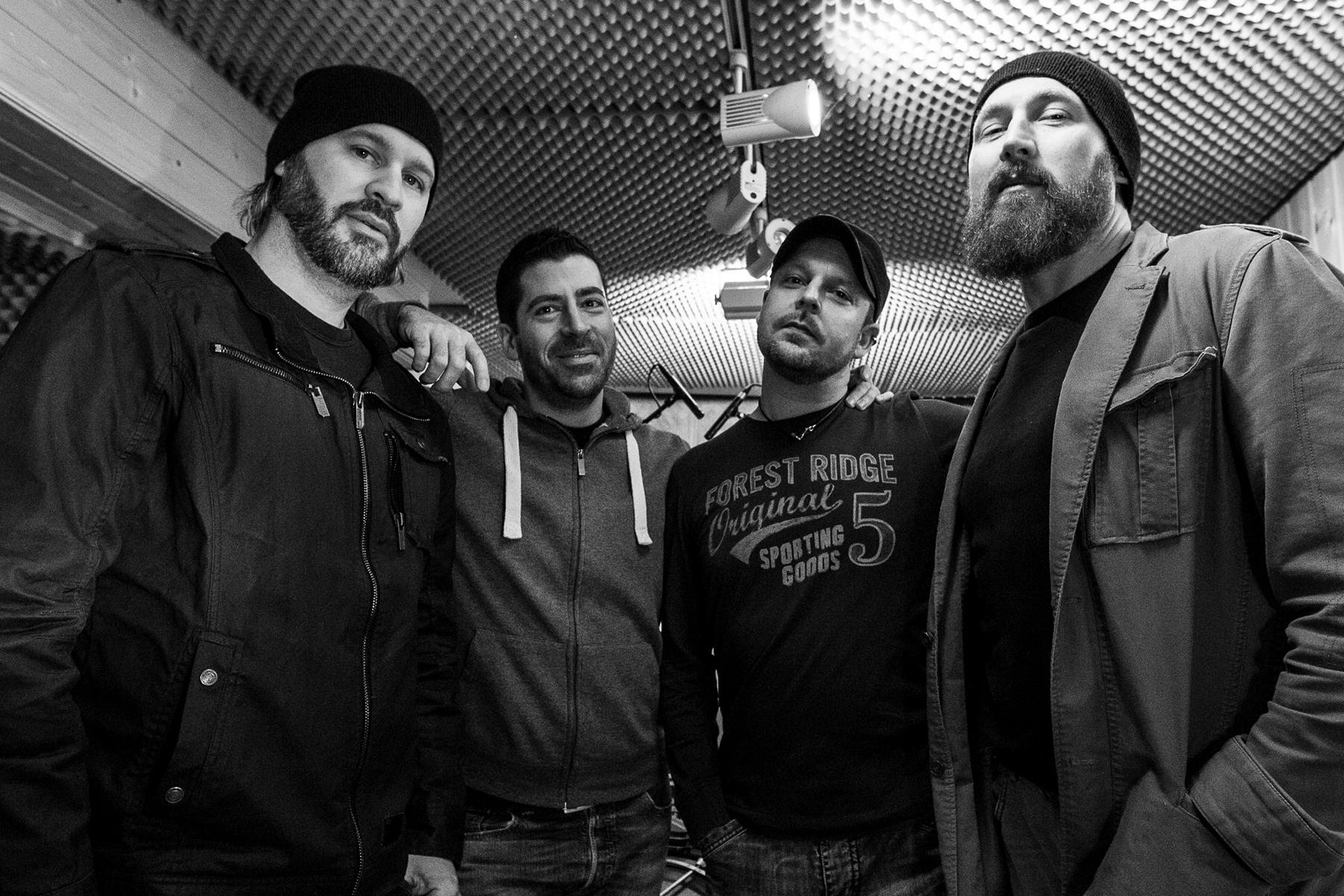 If you’ve been lucky enough to be a part of the live experience that this German four-piece unleashes, you’ll agree that the concert atmosphere provides a healthy dose of enchantment for their much-loved brand of psychedelic rock.

Today the stunning album artwork, track listing & release date have been unveiled:
The incredible detailed artwork is the great work of Sebastian Jerke.
Mela Ananda – translates directly to “a gathering of bliss” - will be released on February 24th 2017 via Napalm Records. 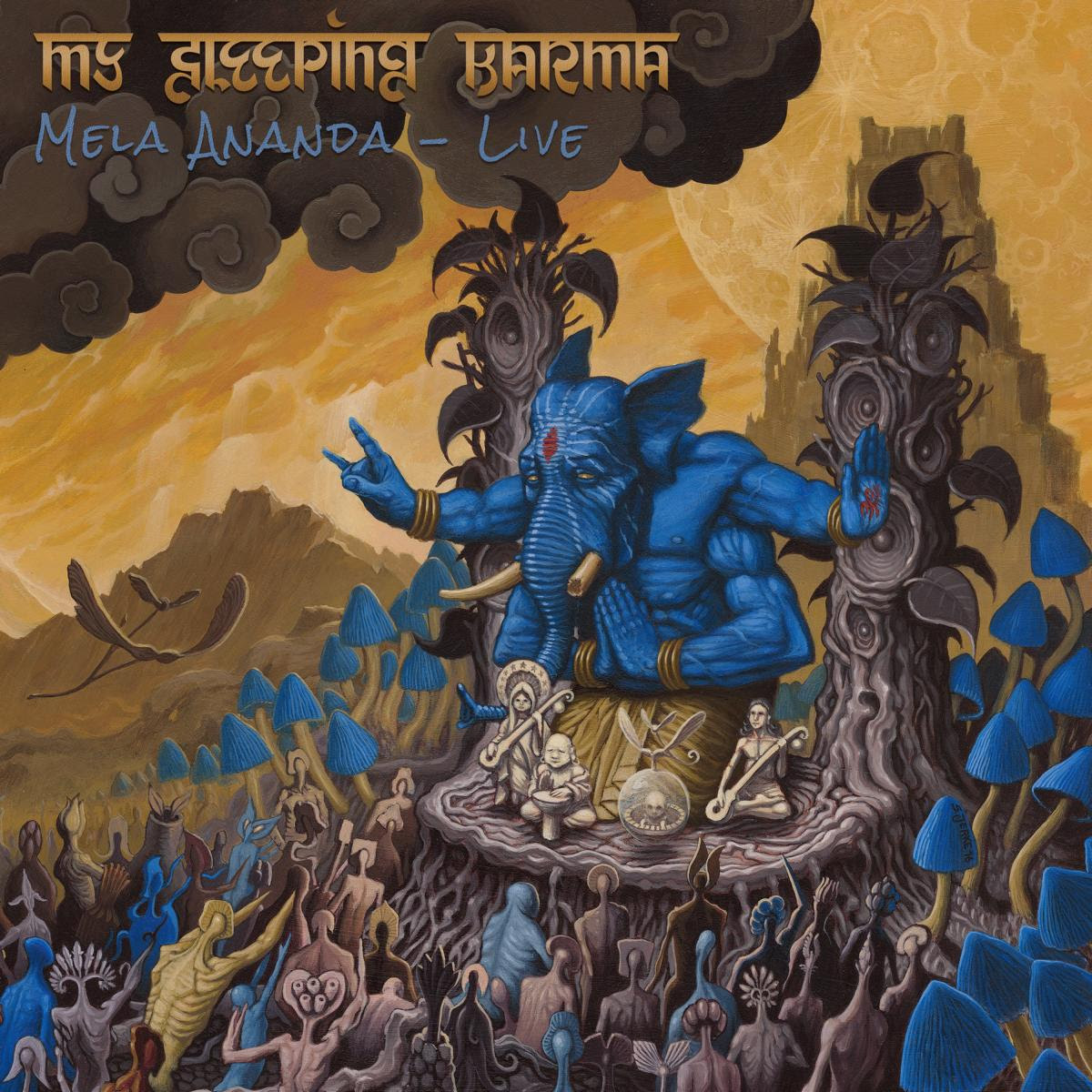 Reckless heavy rock and multi-layered melodies to make you groove, freak out and dream away – whether you`re sweating in a tightly packed club or listening to Mela Ananda - Live on your headphones, these instrumental wizards. will bring light into even the darkest of souls! 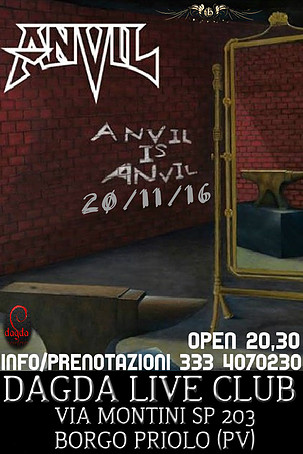 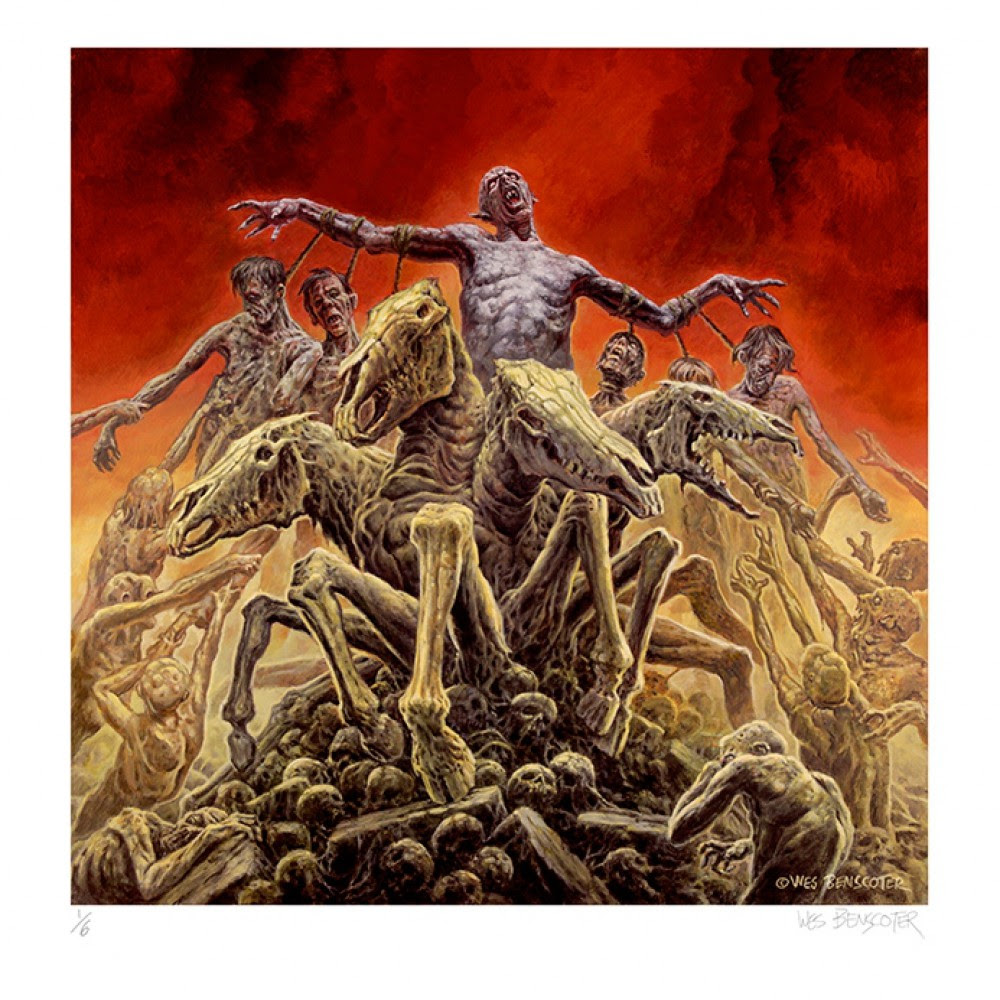 Poster art is alive and well!
Spearheaded by legendary studios like Hipgnosis, and immortal trailblazers like Warhol, Mapplethorpe, and Giger, it's been a long path to rock and roll acquiring its status as legitimate art. It took a while for extreme music to get there too. From the hair metal days to the variety of styles in contemporary heavy music, it's been a long journey. This scene - our scene - is burgeoning with interesting artists and Heavy Metal is well represented at poster art events (i.e. SXSW's Flatstock, etc) all over the world.

We therefore are proud to introduce E-Kunst, a new webshop for all heavy music related art. Discover the works of great artists like Costin Chioreanu, Erik Danielsson, Zbigniew M. Bielak and many others at our official website 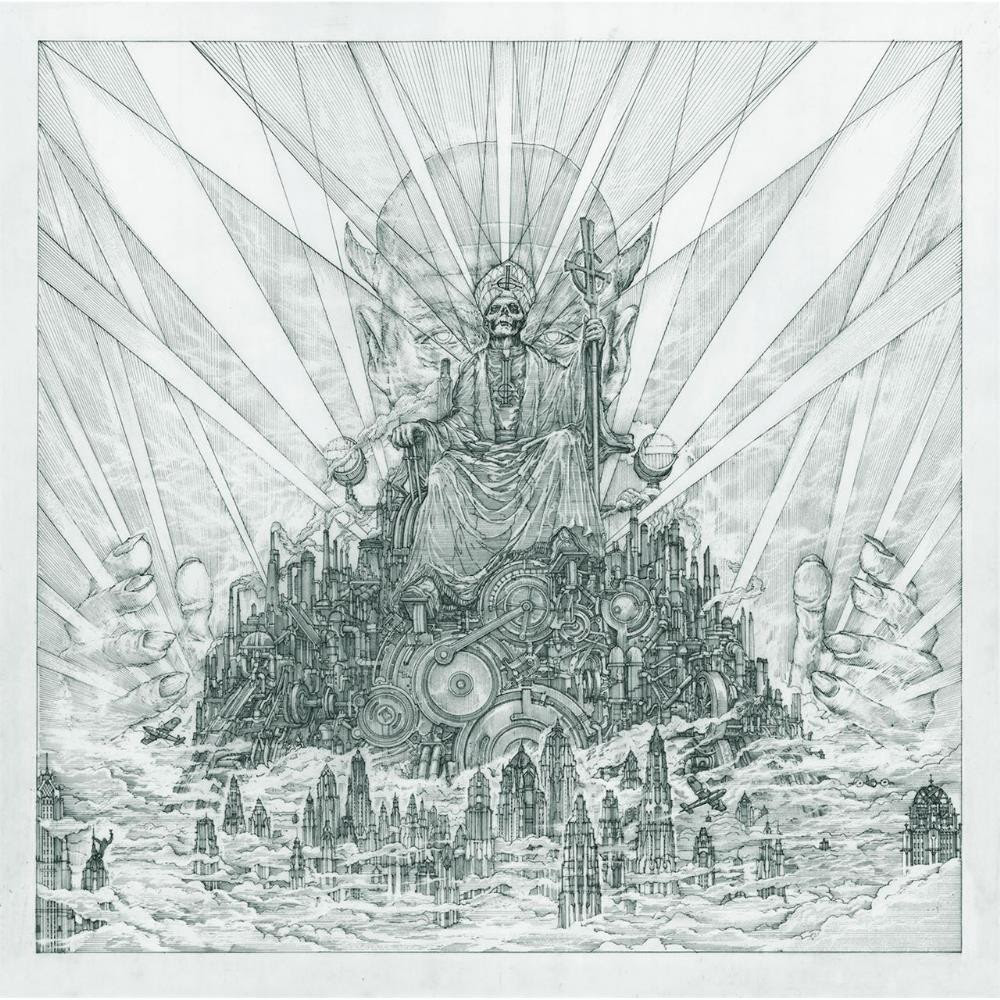 The name is as bold as the art and music itself. E-Kunst is a reference to Entartete Kunst – “degenerate art” in German. It is a term adopted by the Nazis to describe modern art, i.e. the art Hitler did NOT like. It is also a reference to Electronic Kunst, meaning "online culture".

There is nothing political in this, just our denial of any art code and authority. We embrace this title of deviant, degenerate art as extreme music does to this very day.
Pubblicato da les fleurs du mal webzine a 18:20:00 Nessun commento: 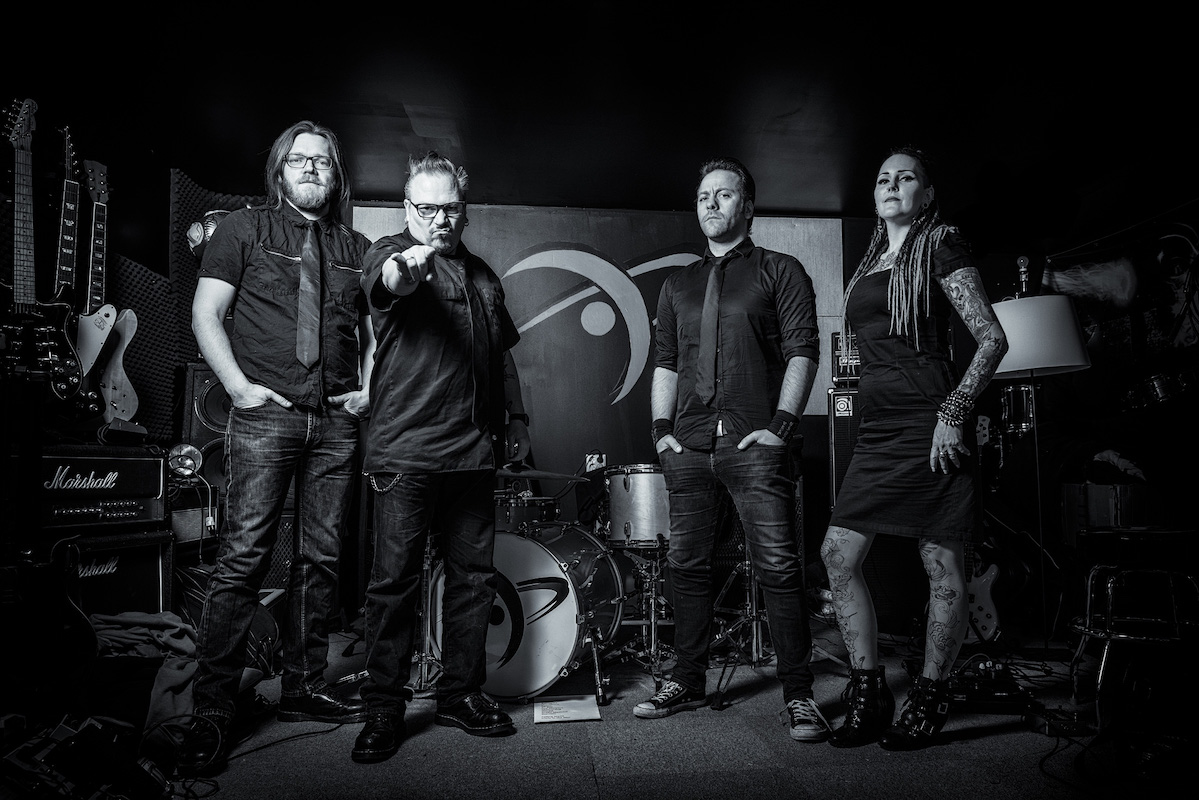 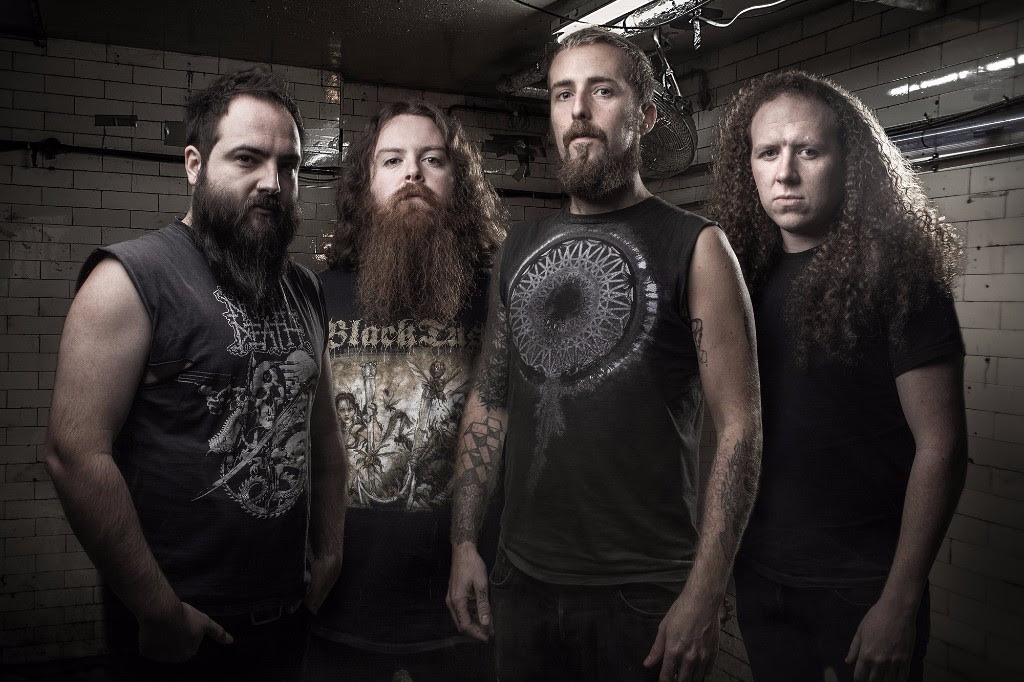 HARK are premiering the first track taken from their eagerly anticipated forthcoming album 'Machinations'. The sophomore full-length of these Welsh heavy rockers will be out in stores on February 24th.

Mastermind Jimbob Isaac comments: "Our premiere track 'Fortune Favours the Insane' was the first song written for the new album and is lyrically based around those fine lines between commitment to your art and the brain-splitting madness that it can sometimes push you towards. 'I ain't been over the edge...but I've seen it'."

HARK are simultaneously revealing artwork and track-list of 'Machinations', which can both be viewed below.

With their second full-length 'Machinations', HARK deliver a perfectly crafted vision of sludge-infused hard rock, while further expanding on their simultaneously progressive and muscular sonic palette.

'Machinations' is an intelligent, forward-thinking rock record, in an age where cult nostalgia trips and retrogressive throwbacks are all too common. Taking cues from Jimbob Isaac’s sludge metal legacy in Welsh underground heroes TAINT.

In addition to Simon Bonwick's bombastic drumming, the hard-hitting rockers have meanwhile expanded their line-up to include the virtuoso chops of lead guitarist Joe Harvatt, while bassist Tom Shortt holds the low end down with weighty grind and dexterity. HARK v2.0 is now officially in widescreen. They offer a holistic, collective approach to inventive song craft and beautifully precise pummelling. 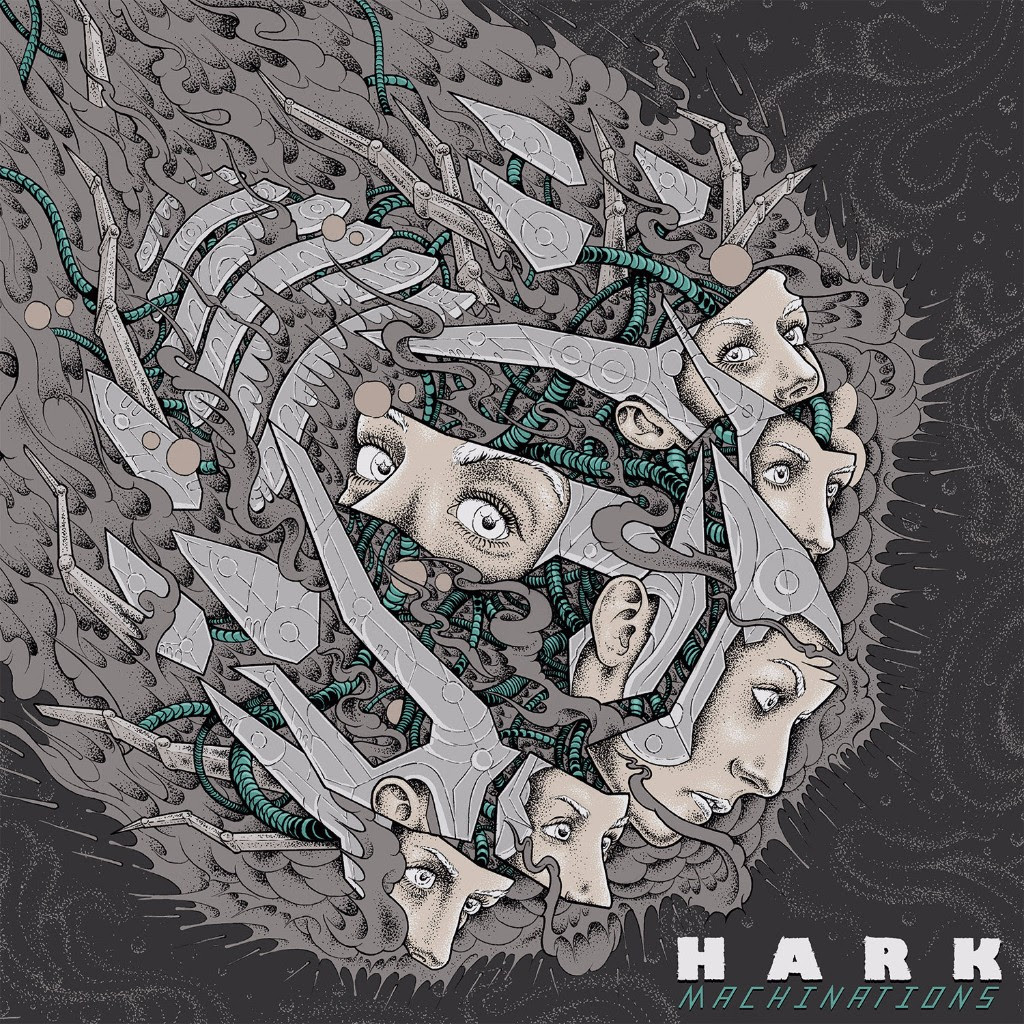 HARK's acclaimed debut 'Crystalline' (2014) displayed a maturity hardly expected from a debut, with global critical acclaim dubbing it a ‘game changer’ in the sludge and stoner rock sphere. 'Machinations' was recorded with Andy Hawkins at The Nave (Leeds, UK) and Gethin Pearson at The Bassment of Sonic Architecture (Pontypool, UK). Mixing is handled this time by Pearson, Harvatt and Isaac, while James Plotkin (SUNN O))), ISIS, KHANATE) takes on mastering duties. With this dedicated, hands-on approach, 'Machinations' will allow HARK to further spread their wing into spheres unknown.

Jimbob Isaac's soaring and gritty lead vocals convey the existential angst of living in the media saturated and economically unstable climate from which 'Machinations' was born. His fragmented and deeply subconscious lyrical flow, talks of abstracted emotions, spiritual disintegration, toxic encounters, psychic endeavours, and technological overload. Isaac's complex prose is woven into a sonic tapestry created by he and his band mates that will make heavy rock listeners stand to attention.

Isaac also envelopes this record with his distinctive artwork, creating a pen and ink space-scape, an all-enveloping world of machinated beauty and a fine line near-future. Truly anchoring and expanding the HARK universe in all its pointillised, detailed splendour.

Having honed their live act on tours with the likes of CLUTCH, RED FANG, PRONG, KEN mode and A STORM OF LIGHT, HARK are a genuine force to be reckoned with. Following praised appearances at renowned festivals such as Roadburn, Hellfest, Summer Breeze, Bloodstock, and Damnation, the Welsh heavy rockers have clearly succeeded in transforming their live energy into 'Machinations'. This newly incarnated quartet is ready to conquer the world!