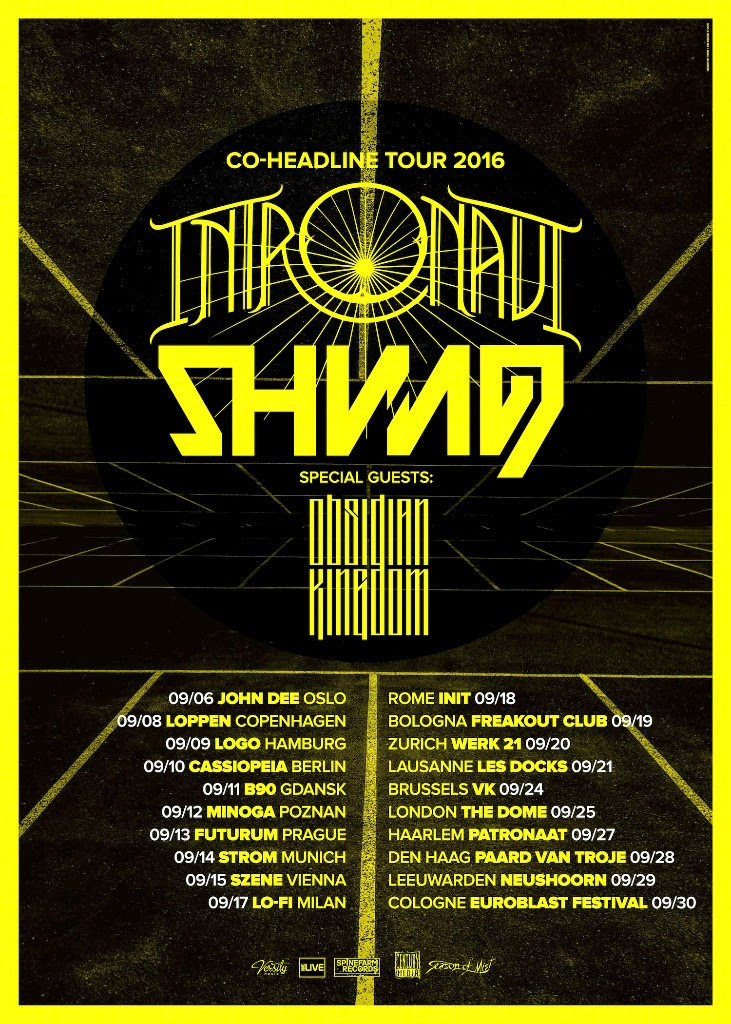 OBSIDIAN KINGDOM will be joining a European co-headling tour of SHINING (NO) and INTRONAUT as special guests this September.

The tasteful road trip will kick off in Norway at Oslo's loudest cellar, the club John Dee on September 6th and will continue through ten countries, before a final show of OBSIDIAN KINGDOM at the prestigious prog-gathering of Euroblast Festival in the German city of Cologne on the 30th of September.

Frontman Rider G Omega comments on behalf of the Spanish eclectics: "As much as we love making music, there is nothing we like more than playing it for you night after night, all over the world. We could not be happier to announce that we will be touring Europe in the unfathomable company of the frantic Norwegian jazz-metal act SHINING and the LA progressive metal band INTRONAUT this September. You and your loved ones will soon be experiencing A YEAR WITH NO SUMMER..." 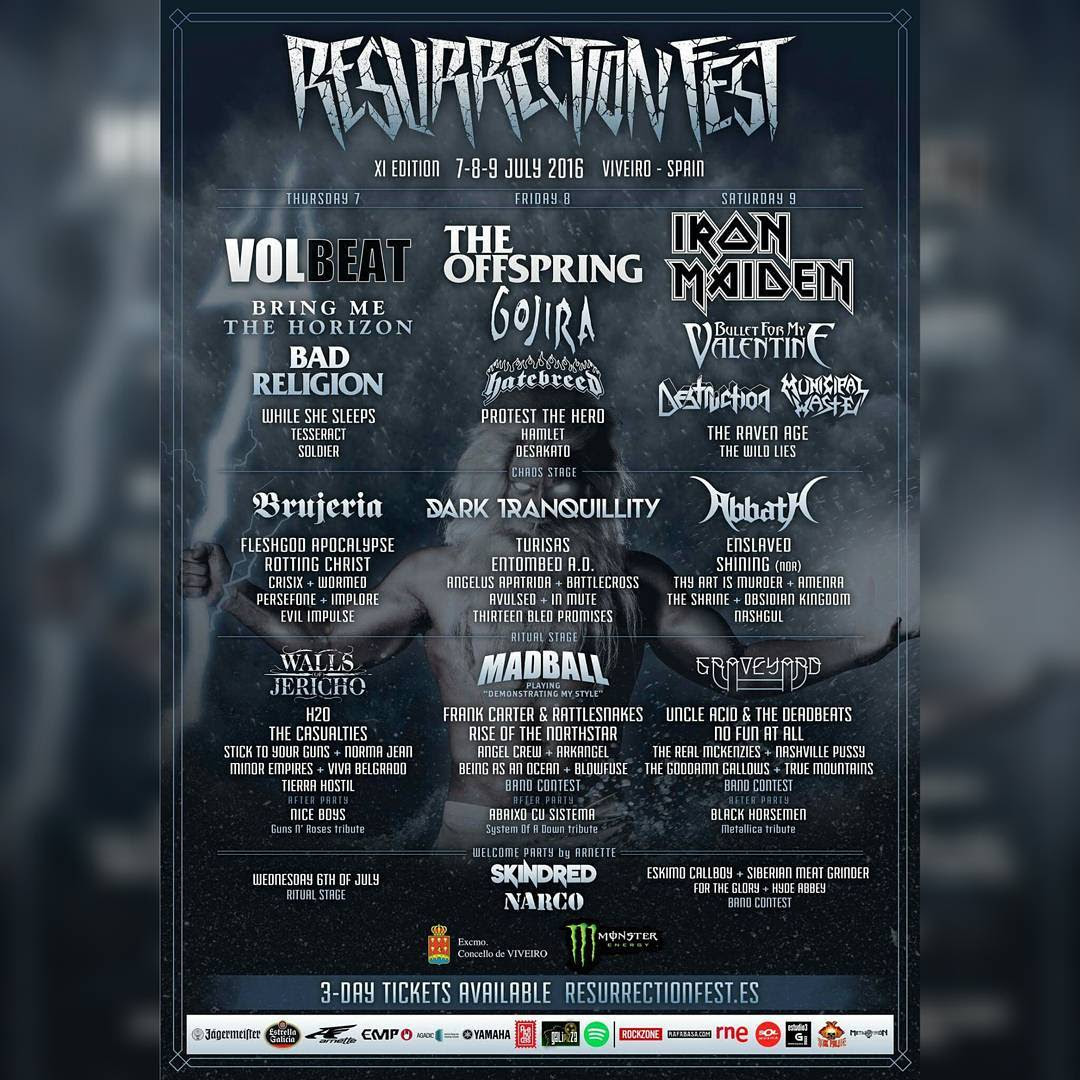 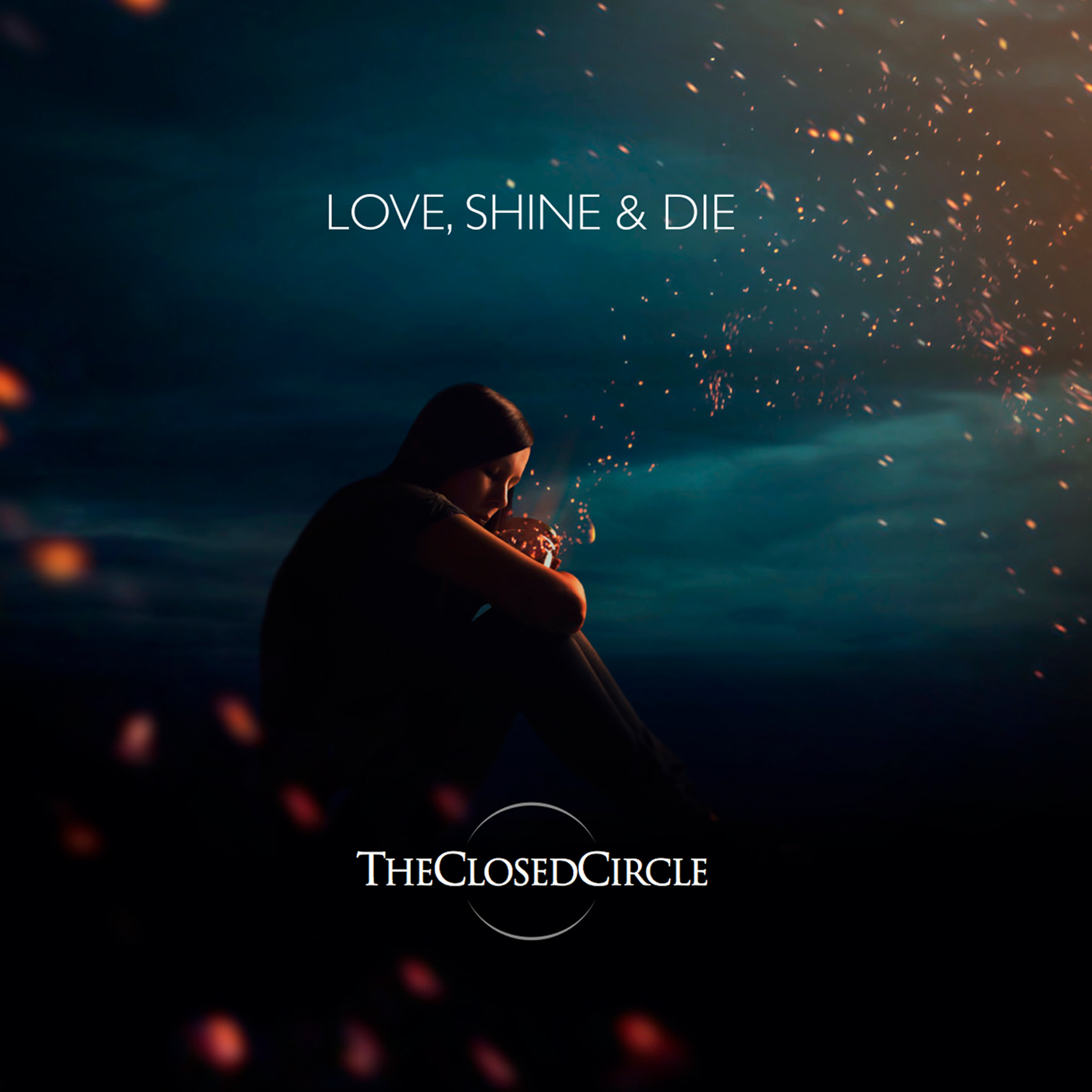 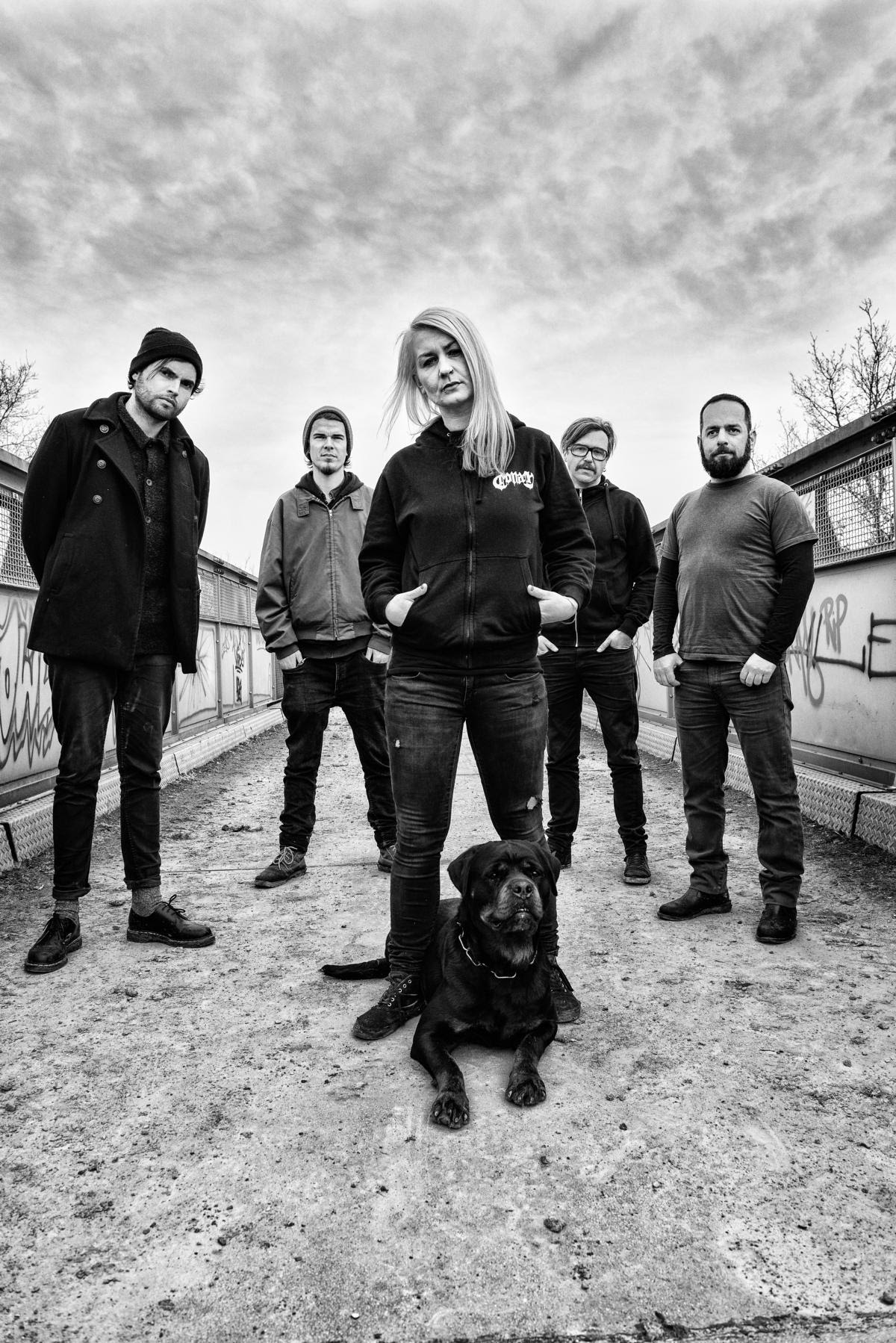 Formed in the summer of 2014 by former band members of A Million Miles, Buffalo Hump and Pyogenesis, this band is a volatile cocktail of heavy as hell riffs fuelled by beer and the mighty weedian riffs. Add a heavy dose of the blues and these deadly schizophrenic vocals, and these guys and girl offer something special to the Sludge, Blues and Stoner Scene. After their critically acclaimed debut EP 'The Goat Ritual' released end of 2014, followed by numerous shows over Europe including UK dates, festivals, several tours and shows with bands such as Ahab, Mammoth Storm, Crowbar, Corrosion of Conformity, The Midnight Ghost Train & many more, HIGH FIGHTER will release their first & full length album 'Scars & Crosses' on June 10th 2016 with Svart Records!

While the band follows their DIY- attitude, the self-produced video for 'Blinders' has been filmed and edited by HIGH FIGHTER's bassist Constantin Wüst. Vocalist Mona Miluski tells The Obelisk: “This shot was fun, 100%-DIY. I also think this track perfectly represents one of the main issues we deal with on our debut record. 'Scars & Crosses' is about a dark past, about the wounds and scars of your soul that life may have given you. It's about your inner demons, and especially people in society or in any relationships will find your scars as a bad attitude, a bad character. You often need to be a 'Blinder', change yourself until you will be accepted, liked or loved. On this album we say no, having your scars are not a bad character and you should not change yourself or try to ignore these scars until you're “worth” to be loved. Learn to also love those who have their scars, we all have them...these darkest days, moments and demons in life, your entire history, our scars engrave us, they belong to you as much as the good sides.“ 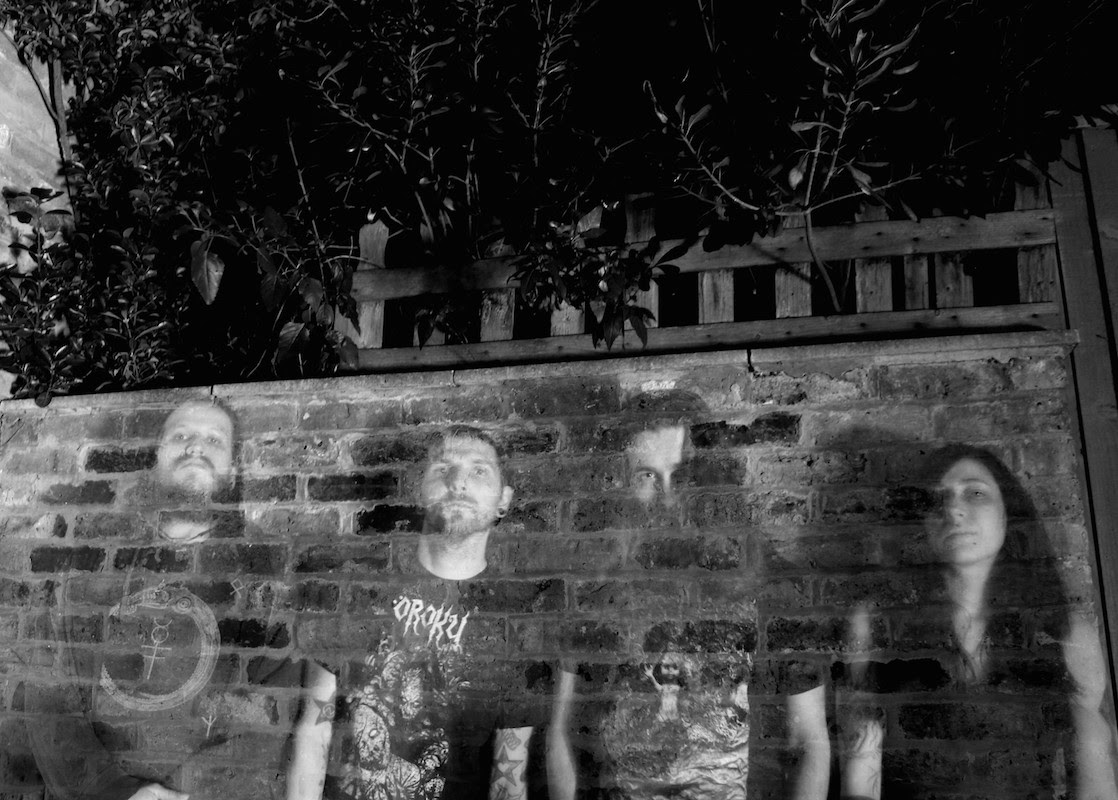 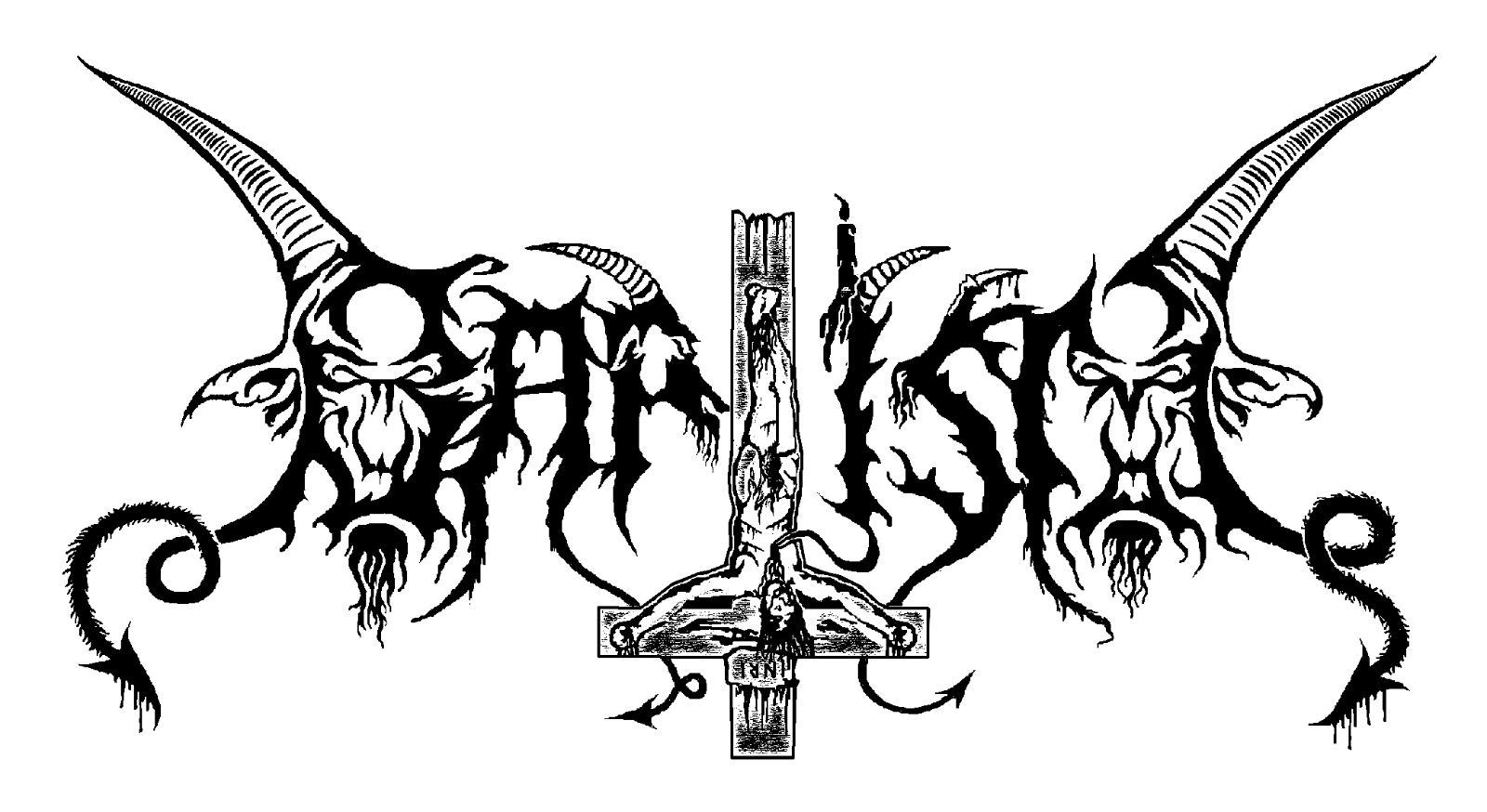 BAPTISM are now unleashing the first track from their forthcoming full-length 'V: The Devil's Fire'. The fifth album of the Finnish black metal underground veterans has been recorded at Fantom Studio and the release date slated to the 22nd of July.

Frontman Lord S. comments on behalf of BAPTISM regarding "The Sacrament Of Blood And Ash": "Simply put, in order to rise above we must overcome our lesser and mundane self. If we succeed in this act, time and time again, the blood of this offering will water the roots of the tree which is known as our spiritual development. The lyrics for this song were written based on my ideas by Gorath Moonthorn. Three more long-time friends are featured on this album as well and we are joined for this first preview by our brother Mikko Kotamäki from SWALLOW THE SUN, whose voice fits the chorus perfectly." 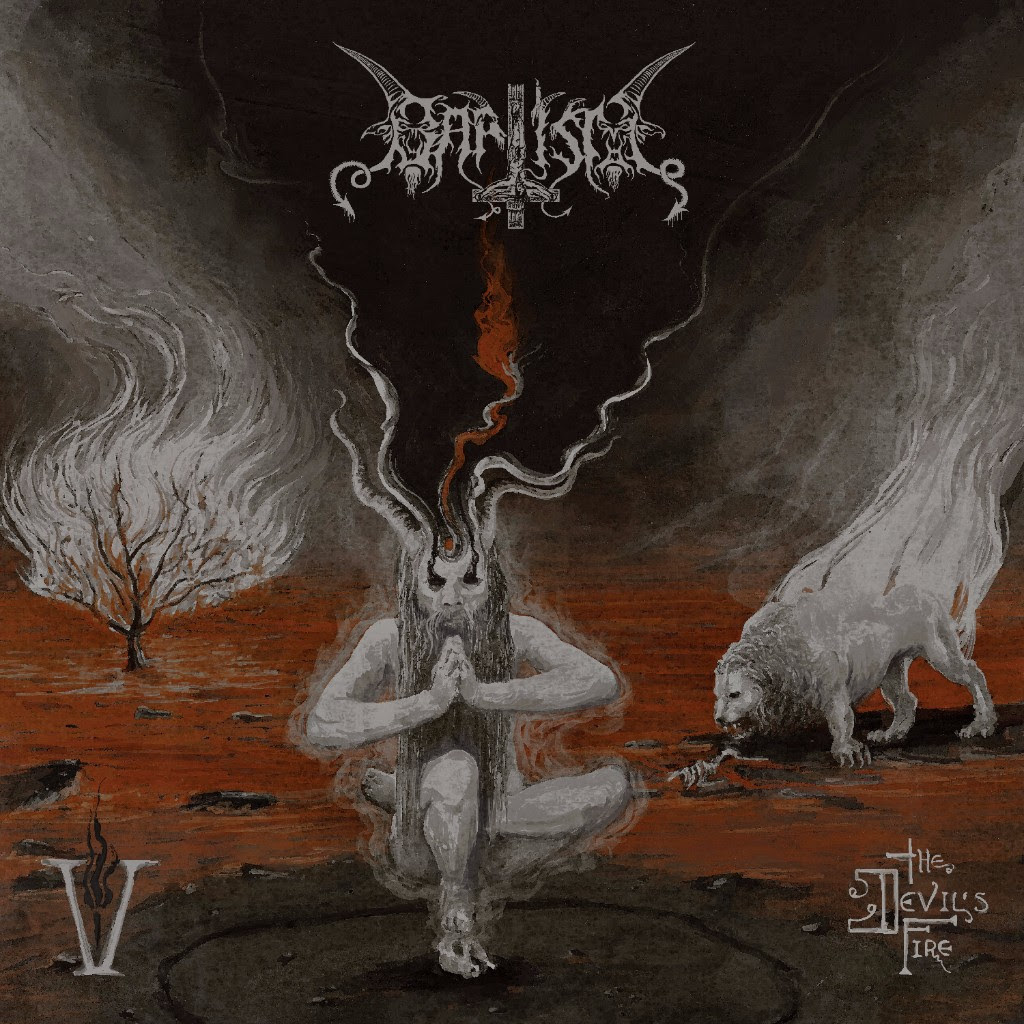 The clip for "The Sacrament Of Blood And Ash" has been created by renowned Romanian and Roadburn resident artist Costin Chioreanu (MAYHEM, VULTURE INDUSTRIES, CARACH ANGREN, and many more).

On further news, BAPTISM are simultaneously revealing artwork and track-list of 'V: The Devil's Fire'. Both can be viewed below. 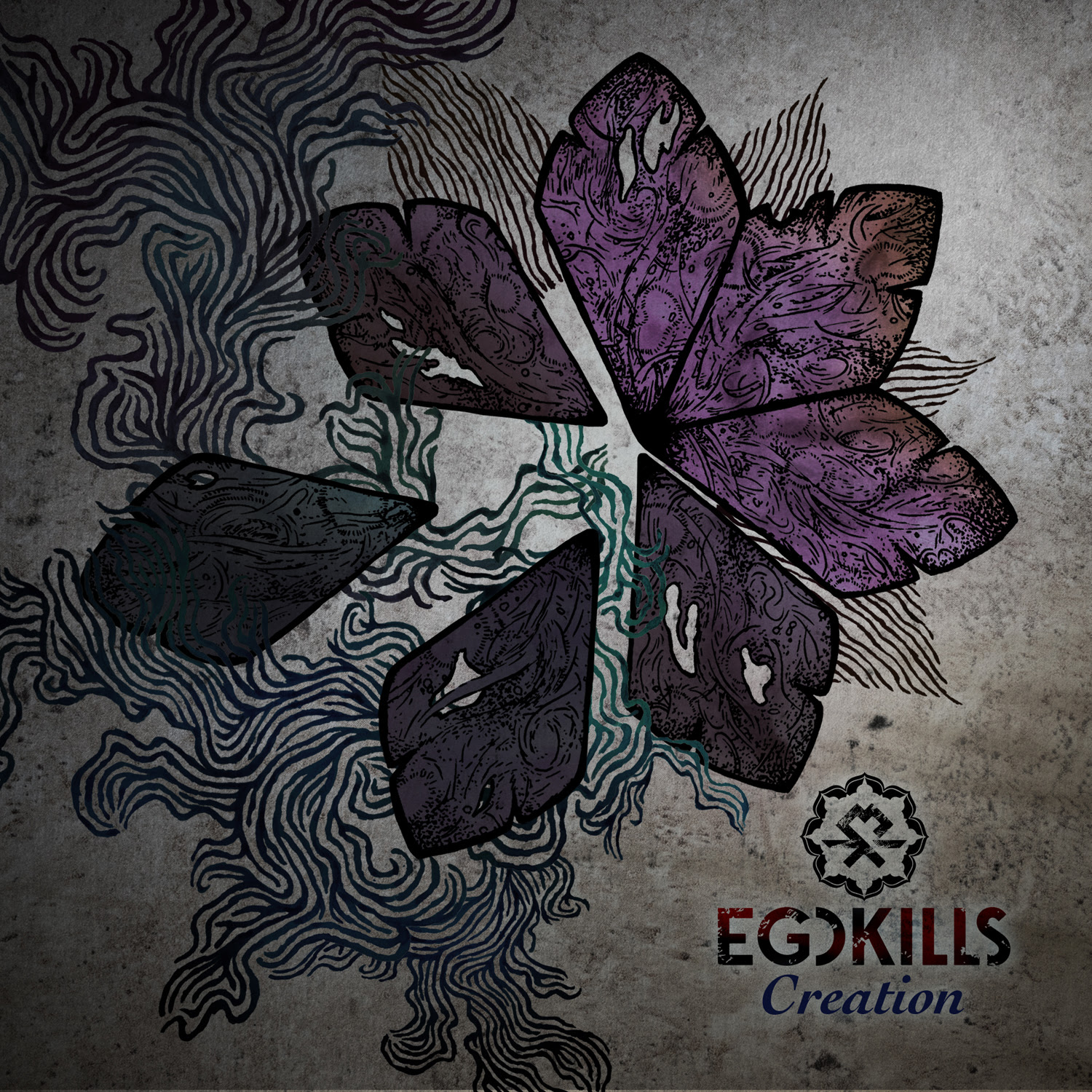 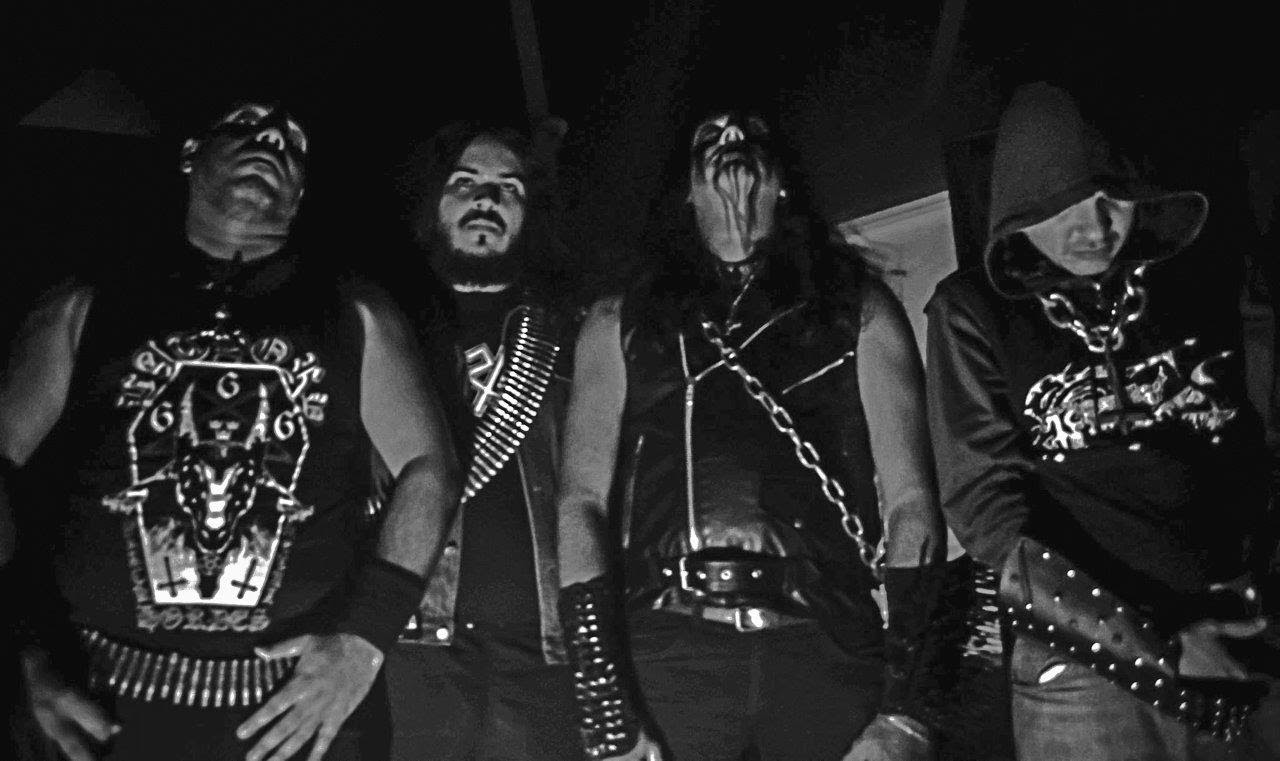 GRAVE DESECRATOR are unleashing the third raw track taken from their forthcoming album 'Dust to Lust', which will hit stores on June 17th.

The song "Funeral Mist" is now exclusively streaming via BandCamp 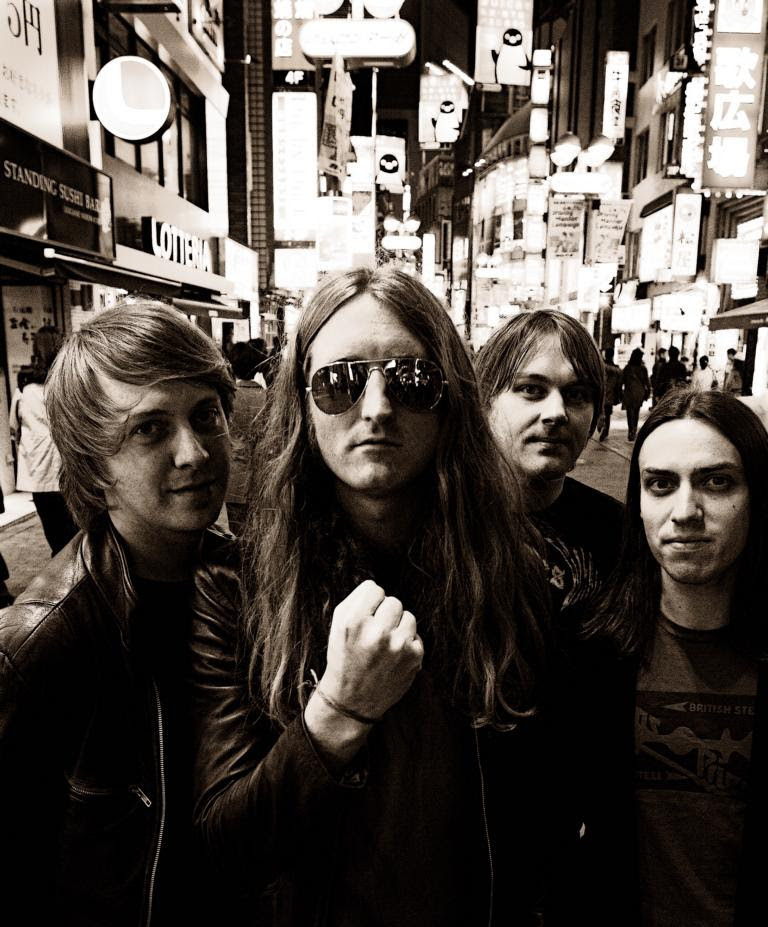 Rock`n`roll`s fuel are larger-than-life riffs, unforgettable melodies and the distinct smell of beer cans and the Route 66: At least when your name is The Answer and the Route 66 leads to Northern Ireland! After their successfull release of their latest album 'Raise A Little Hell' ( 2015 ) and in celebration of their 10-years anniversary in 2016,  Irish rockers in THE ANSWER have just unveiled some exciting news about a brand new and upcoming album titled Solas!

"So we've got this brand new record we've been working on for the last six months just about ready to go. It's called "Solas" which is the Gaelic (Irish Language) word for “Light” and also the title of the lead track on the album. All I will say about this piece of work is that it's a journey and one we've never really taken before so prepare yourselves for a few surprises. But don't worry they are ridiculously good surprises...well I think so anyway. Oh and we'll be giving you a few tasters of what's to come when we take to the stage this Summer. It's all good people!!"

In an exclusive interview with Pledge Music, the band is giving some indepth views into their upcoming and hotly anticpiated record 'Solas', as well as 10 years of THE ANSWER.
Read the full interview HERE.

To shorten the wait on their exciting new release, make sure to catch THE ANSWER and their pure rock n roll show live on the following dates: 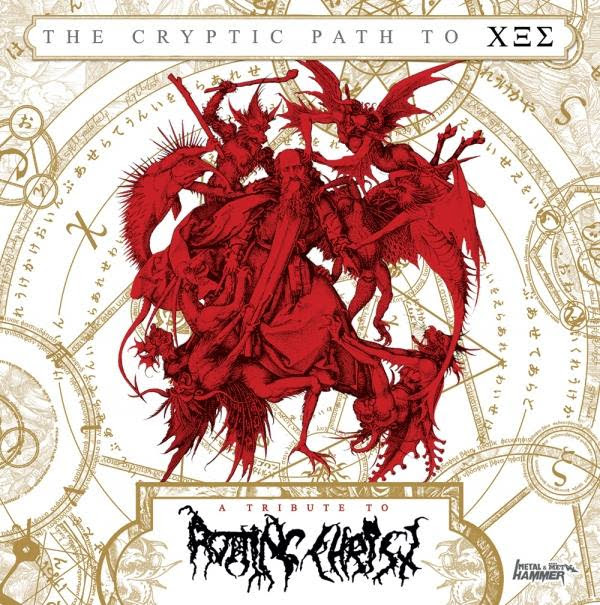 ROTTING CHRIST are being honoured with a tribute CD entitled 'The Cryptic Path to Χ Ξ Σ - A Tribute Album to ROTTING CHRIST!', which is crammed with cover versions of classic songs by the Hellenic legends in the current issue of Metal Hammer Greece (May #337). Several tracks are being streamed HERE.

Frontman Sakis Tolis comments: "To receive a massive tribute such as this CD is a great honour for any musician! We cannot thank all the participating bands and Metal Hammer Greece enough for their amazing effort. This is surely one of the most fascinating ROTTING CHRIST 'albums'. Make sure to check out these great covers versions!" 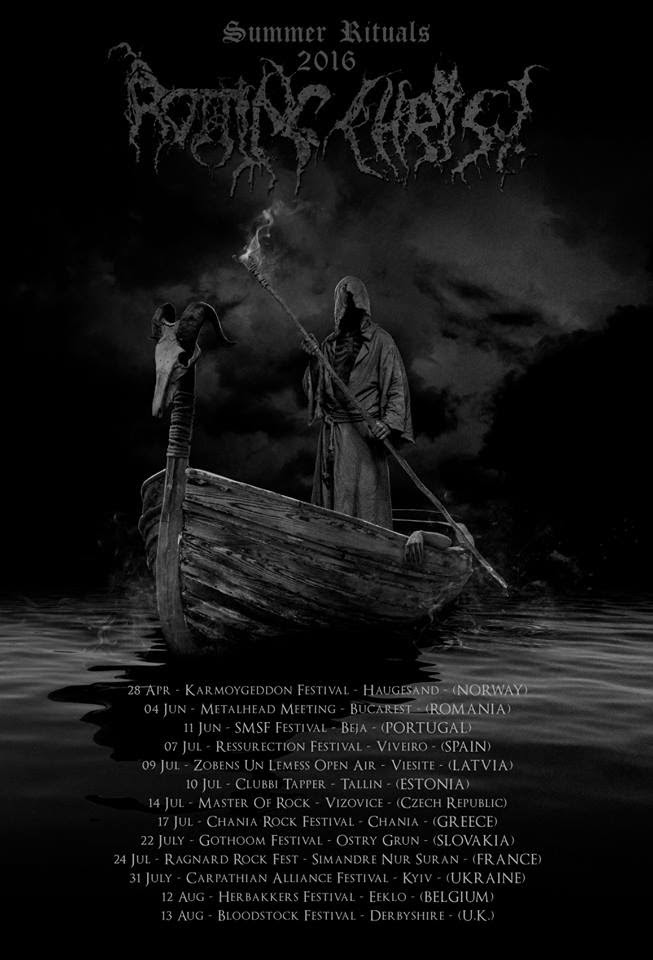 Cover art and a list of participating bands and songs of 'The Cryptic Path to Χ Ξ Σ - A Tribute Album to ROTTING CHRIST!' can be viewed below. 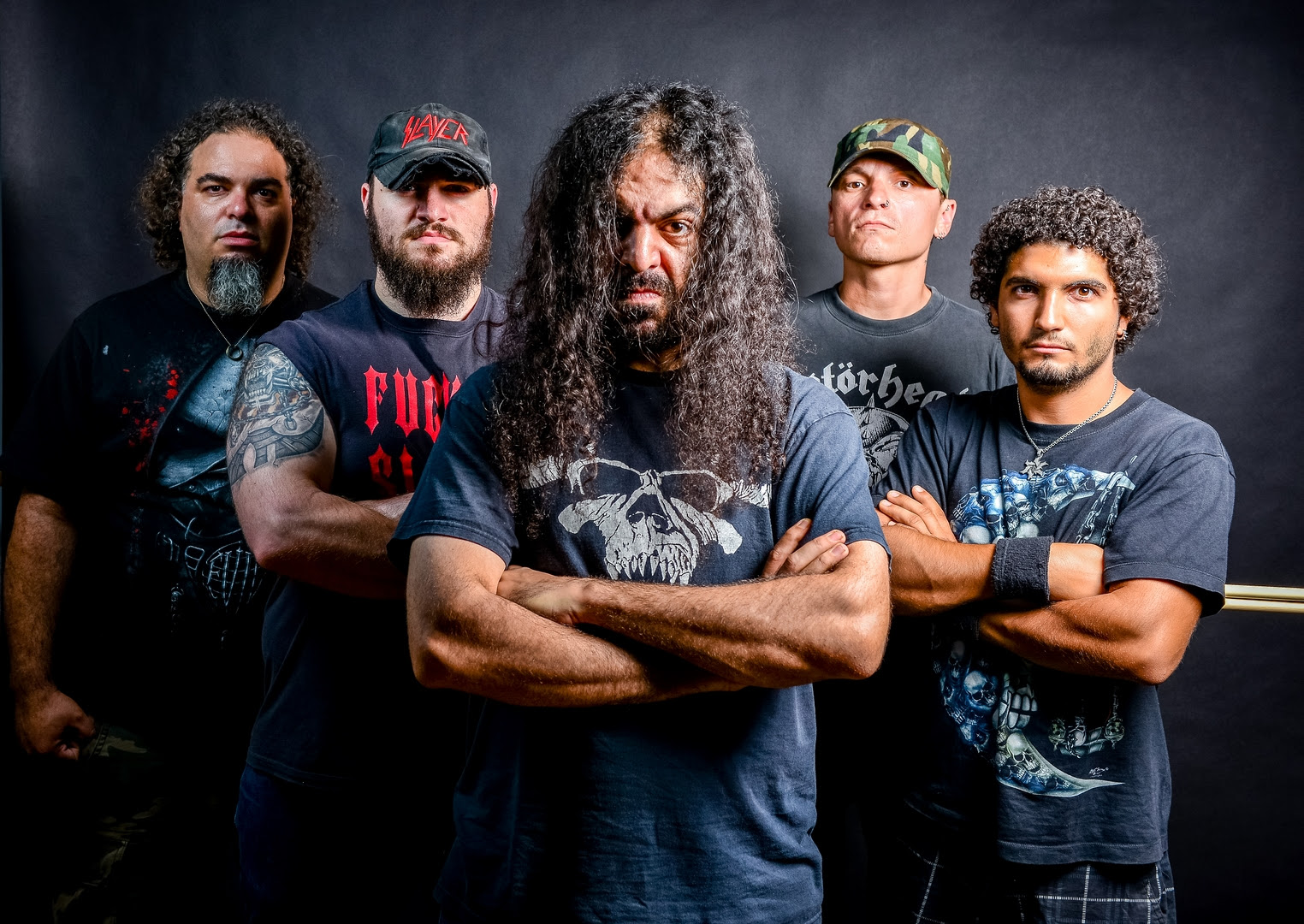 Sintax was formed by members of Shwortsechaye & Birth in late 2010.
Since then they have toured Israel and have an established fan base all over the country. The band is considered one of the best metal live act in Israel to date. The band also had a special feature on Israeli Headbangers Ball and they have released two music videos from the album;

Sintax released earlier a small limited CD-edition of the “Sway For A Better Day” album and it is now released digitally via Inverse Records on June 17th 2016. 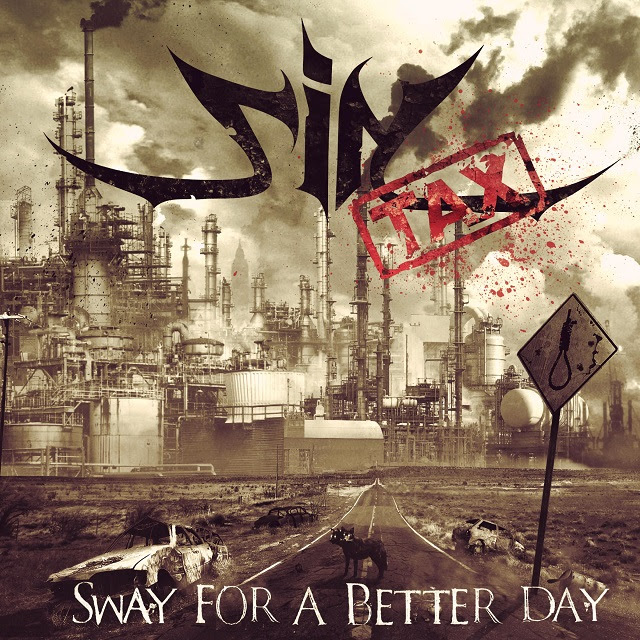 Lamori – To Die Once Again

"To Die Once Again" 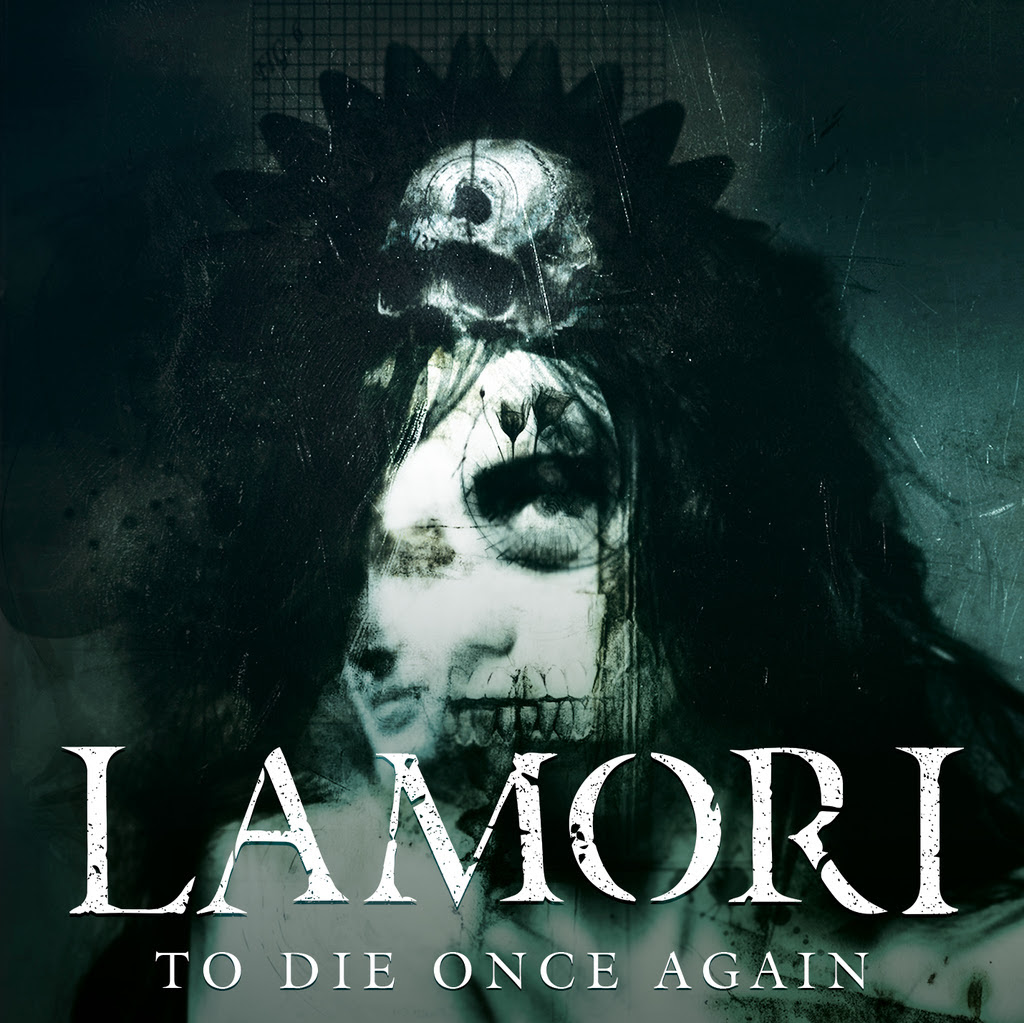 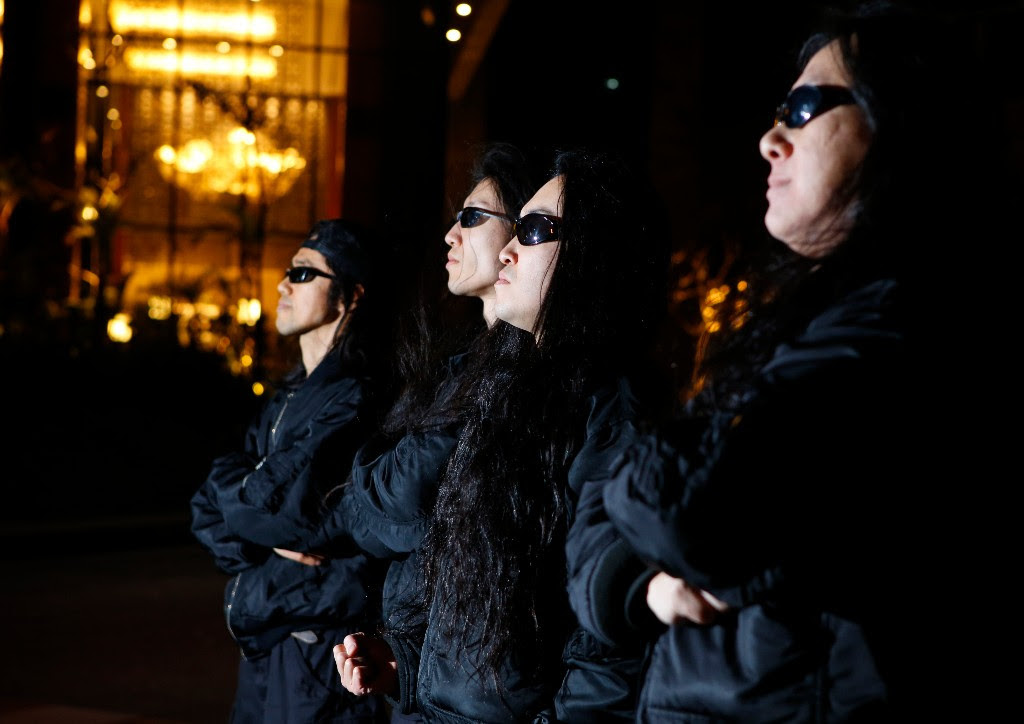 Japanese cult death metal act DEFILED are unleashing the second new track taken from their forthcoming album 'Towards Inevitable Ruin', which is slated for worldwide release on July 8th.

Mastermind Yusuke Sumita states: "The time has come to offer you another track from our upcoming album 'Towards Inevitable Ruin'. We are well aware that this production deviates quite a bit from the current standard, because it has a lot of vibration, but hopefully many of you guys enjoy our effort to achieve an 'organic sound'. We have worked hard on it and we are very proud of having a natural rich tone... no regrets!" 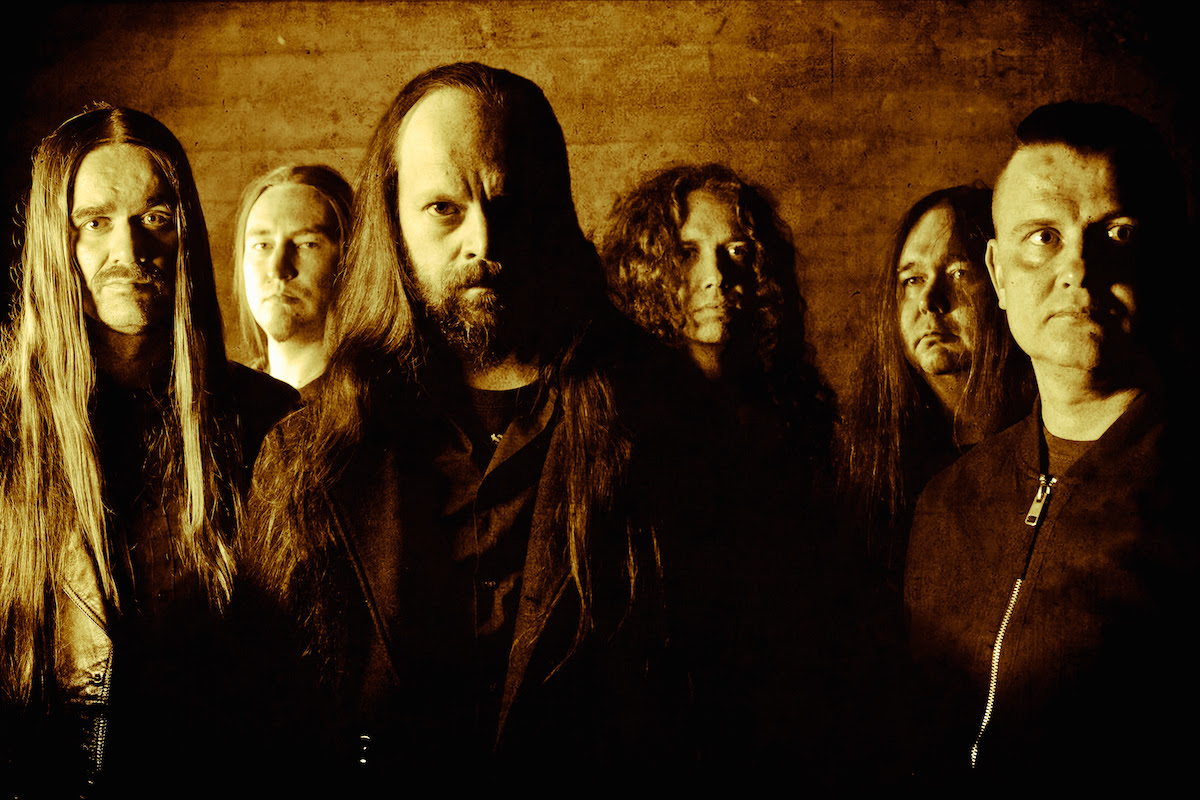 Katatonia - The Fall Of Hearts

"The Fall Of Hearts" 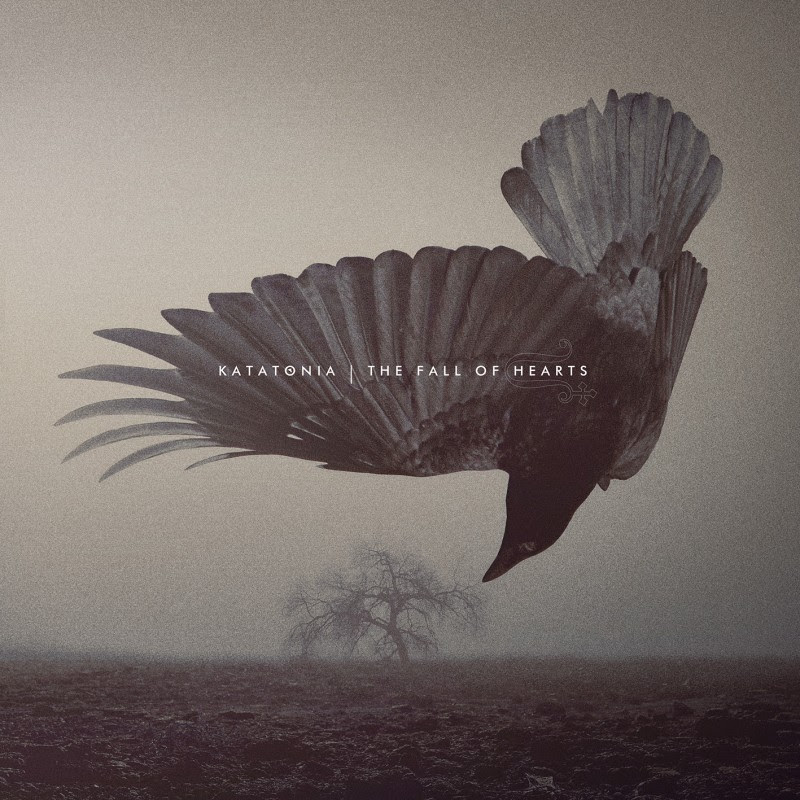 HUMAN FORTRESS - DEFENDERS OF THE CROWN

"Defenders Of The Crown" (Re-Release) 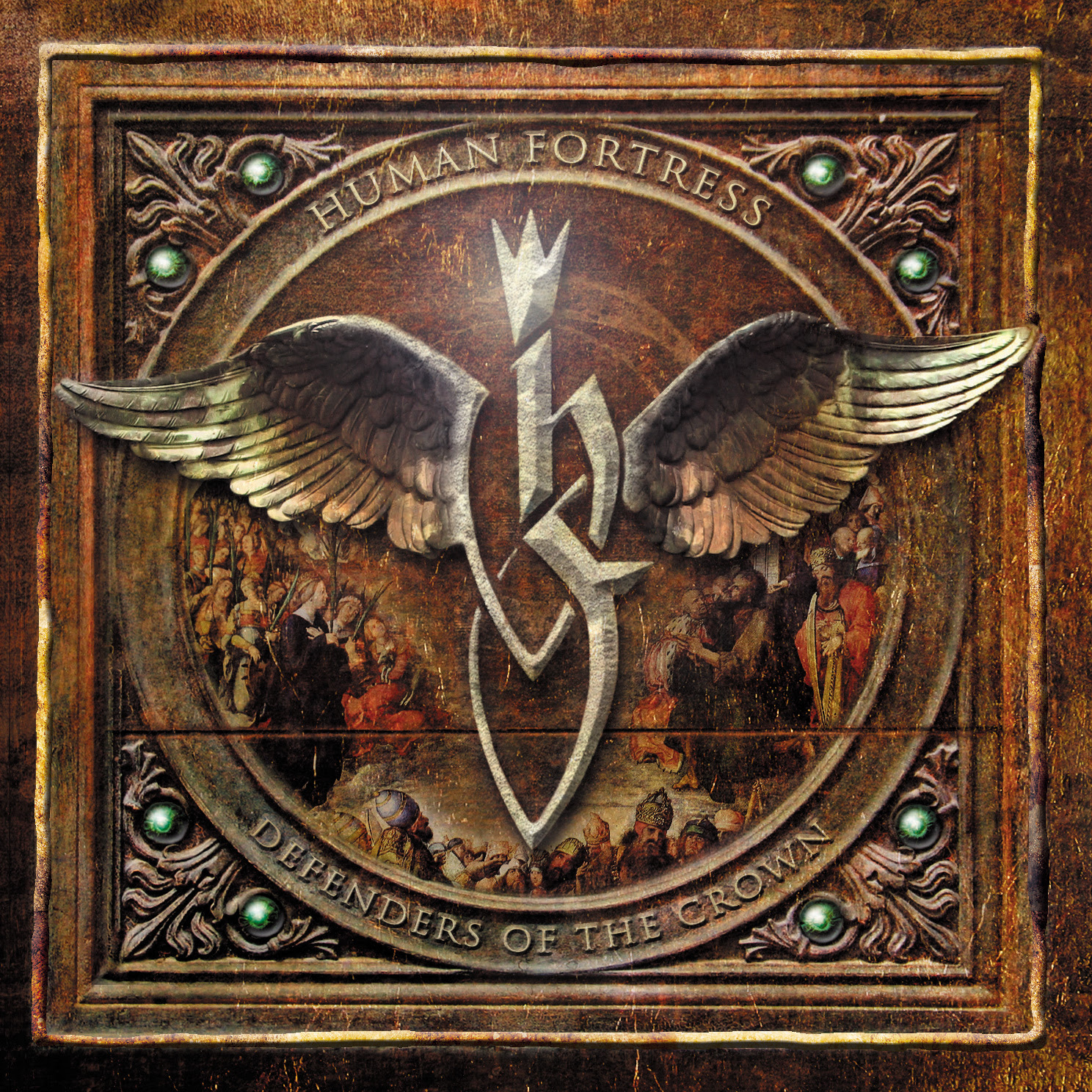