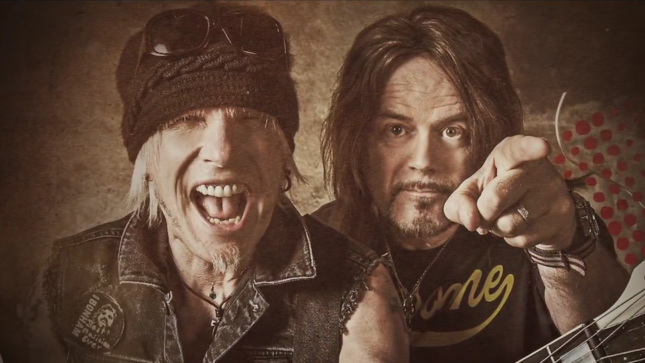 Michael Schenker is one of the most significant rock guitarists in the history of music and SCORPIONS too.

LFdM: Hi Gary, I'm really honoured and pleaesed to welcome you to Les Fleurs Du Mal Webzine and I can't wait to ask you some questions about your new work with Michael Schenker Group, titled Resurrection, to be released in few weeks from now:
How excited are you for the release of this new work? How long did it take to realize it
Gary Barden: Well hi, Margarita, one of my favorite cocktails by name, and you've given me a great cocktail of questions....

Well, the band members are pretty, 'Blown out the water', at this moment, Nuclear Blast is doing such a great job on the promo's for Michael on this album..... We started the balling rolling, just before and after 'Bang Your Head' Festival in July, Germany.

LFdM: Resurrection is such an evocative title, can you reveal us who chose it and why?
Michael chose it, we had so many biblical references in some songs and the photo shoot ie: 'Heart and Soul', 'Take me to the Church', 'The Last Supper', the table etc, not quite Da Vinci's pic, but bloody close......
'Resurrection' Instrumental with Kirk Hammett and Michael also happened to close the chapter on this album

LFdM: How would you describe this upcoming album, especially in comparison with the sound of the previous ones? I mean which are the main differences or similarities between Resurrection and your previous works in MSG?
I've worked with Michael Voss on all my solo albums, he was the 'consummate' Producer, songwriter, all the 'bits & bobs' etc, and a bloody good guitarist and singer 'to boot'....... and any man that can track me down to Hawaii in 2000 asking me if i'd be up for doing the 1st 'Silver' album, gets my lifetime blessing? I'm so pleased he got a 'rapport' with the 'Schenk'.

With the singers, on the songs, you get what could have 'been' if we'd had all stayed 'on ship' for the duration of the time with Michael in the past

LFdM: Would you mind giving us a short description of the album, a sort of brief track by track introduction to it
What the one's I wrote.......Ha! Sorry, see below.....

LFdM: Is there a song, or more than one, of the new album you feel for some reasons closer to? If so, would you like to tell us why? 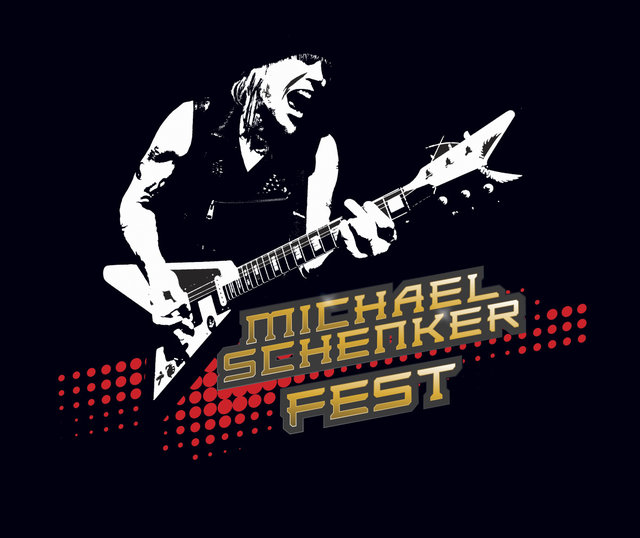 Ok, I'll give you my favorites - 'Heart and Soul' with Robin, because no one in band would touch that 'toughie' of a track, luv ya mate, great job...... - 'Take me to the Church' with Doggie, even I looked sideways at him strangely (and Michael) before he recorded it, bloody great title now, lyric, melodies, performance, hats off, (mind you Doogie, have I got the 'Mayflower' right in 'Anchors Away?....... 'Night Moves' with Graham, the ease you go through is, still magical, even now to your biggest fan....... And now me..... 'Messin' Around' with myself, (excuse my French), Love the AD/DC beat, the picking chorus on guitar, classy, I love Rock 'n' Roll, this is it, simple.

LFdM: Which songs of the new album do you think would work better live? What is your ideal setlist?
The 'Maestro' Michael picks all the songs that are relevant to 'himself', we all drop hints, but, this is his Fest!!

LFdM: How does the songwriting process work in Michael Schenker Group?
Michael has his 'Box of Tricks' and on this album worked with Vossey on a couple of songs, then sent the rest to the band to 'pick and choose' which ones they wanted to work on......
8.You have such a great music career, both as solo and with many bands. What are your main sources of inspiration, musically speaking? Who were your music heroes when you were a kid?

My Gods at the time, and a lot of people might find this strange, they were (Deep Purple, Led Zepplin, Rainbow, Yes, Marc Bolan/T.Rex, David Bowie, The Sweet, I tried 'Reggae', Ska, Hippy shit, Hawkwind, (I got a silver.....), ZZ Top, (La Grange) UFO, (want to do 'Mother Mary' sometime) Frank Sinatra, any MGM Musical, Broadway stuff, 'Phantom', etc.

LFdM: You have a long experience both in the recording studios and on the road, are there some funny or particular stories you would like to share with us?
Too many 'Spinal Taps' moments to recollect, but for me personally. We were doing a festival in Germany, 'Doro Pesch' was also on the bill, and they had a 'Taxi system' going from the airport to the gig and back.

Now, the gig was 1hr drive there and 1hr back. I had arrived at the Airport waiting for my 'Taxi' to take me to the gig with carlo's one of our roadies, we were informed all the 'Taxis' were gone, and wouldn't be back for some time, Doro, bless her, had so much stuff for her band and for the gig that the whole system was held up.

So, we're looking at the countdown on the clock, sweating a bit, we're on in 1hr playing to Germany at this gig, we get in the van pronto when it turns up, tick, tock, and with traffic, and getting through security and I decide to change into my stage clothes in the van, just as we pull up beside the stage, Michael and the band have just finished 'Into the Arena' and I fly up the ramp to the stage just in time to announce the next number, 'Cry for the Nations' with some out of breath vocals, and the bands faces, were truly incredible to behold...... Not quite like Derek Smalls in 'Spinal', as the cocoon opens at the end of the song.......But bloody close! 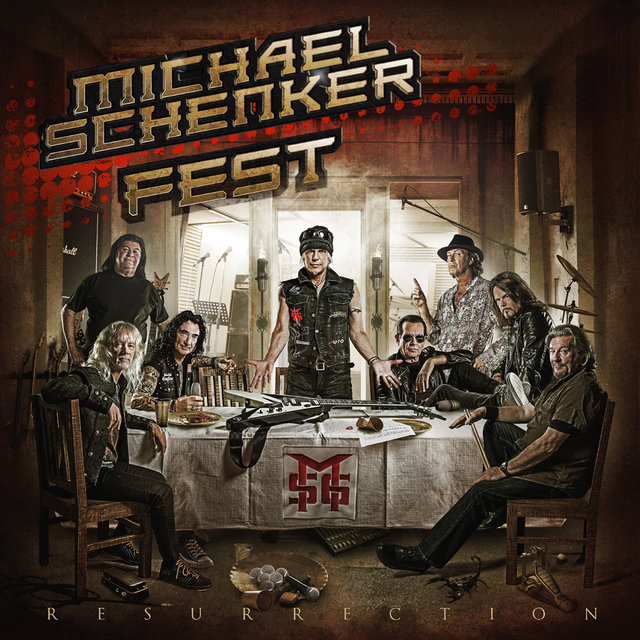 LFdM: Considering your long career, are there still bands or musicians you would love to work with, both live or in the studio? If so, with whom and why?
I've only played live or in studios with people I know and trust, to bring an unknown person or peoples would very be very strange for me. I'd love to a twin harmony song with a female singer, I admire their range so much (jealous, in fact) theres a cracking new singer out there now called Lynne Jackaman' she sang with a band called 'Saint Jude' get the 1st album, its great, and then she went solo, (too much talent I suppose), a cross between Janis Joplin and Maggie Ball, a couple of my favorite female singers, still.

LFdM: Do you feel better following your solo career or working with other bands? How would you describe your experience in MSG?
I was so lucky Michael 'found' me, in 79', I'd payed my dues as a kid going into Rock Music and 'himself' then giving me the chance to get into a 'real' international rock band situation, even now I cannot thank him enough, for what he did.

LFdM: How do you spend your spare time when you are not recording or touring?
I live in Thailand with my Wife Suchi, my Daughter Chimara (nearly 18yrs old) 2 dogs & 3 Cats, Getting through life in the jungle, on the river and enjoying it........ nearly lost my wife last year in hospital, she's ok at the moment, and my daughter has been accepted into the top university in Bangkok, so a lucky husband and very proud Dad......
Oh yea, I clean the pool everyday.

LFdM: What is your opinion about social networks? Do you find them somewhat useful for your career, or more in general for the path of an artist?
I use Facebook, I have a Gary John Barden page on that, I peruse the internet for any information I require, its great for that, not for the shit, thats far too easy to acquire.?

LFdM: What do you think of talent shows? Would you ever take part in a team of judges like in X Factor or The Voice?
I would be perfect, 'Judge Dread 'the wife calls me, I'd hold up the points on cards, not bullshit for 5 minutes ,cos I'm on TV and milk it. And if I heard just one more whinny “I really need to win this, I worked so hard” then its a instant disqualification....... They've never gone up the M1/M25 in a broken down Transit Van in their lives.

LFdM: What kind of advice would you give to young musicians trying to reach a record deal?
If its in your blood and you truly believe in what your doing and want to do it for the rest of your life, you are so lucky now, the information you need about publishing, managers, record companys (not many left) music laywers, distribution, venues, contacts etc are all there on the internet with legal documents as well, you are so, so lucky, because us 'seasoned' veterans had to go through the hard way...... Good luck!

LFdM: And finally, do you plan an extensive world tour with MSG? Do you think you'll manage to get a date in Italy?
Are you kidding, with 'Resurrection' out in March, the balls rolling. If band members are not too busy with their stuff this year, then we will be hitting every corner of this planet, so France and Italy, have great possiblities.

Cheers Margarita, hope there's some stuff for you in there.
And as the 'The Schenk' always says, “keep on Rocking'.

LFdM: Thanks a lot Gary for your time and kindness, it's been a pleasure for me! I hope to see you performing live here very soon!

*All Rights Reserved for photos to owners