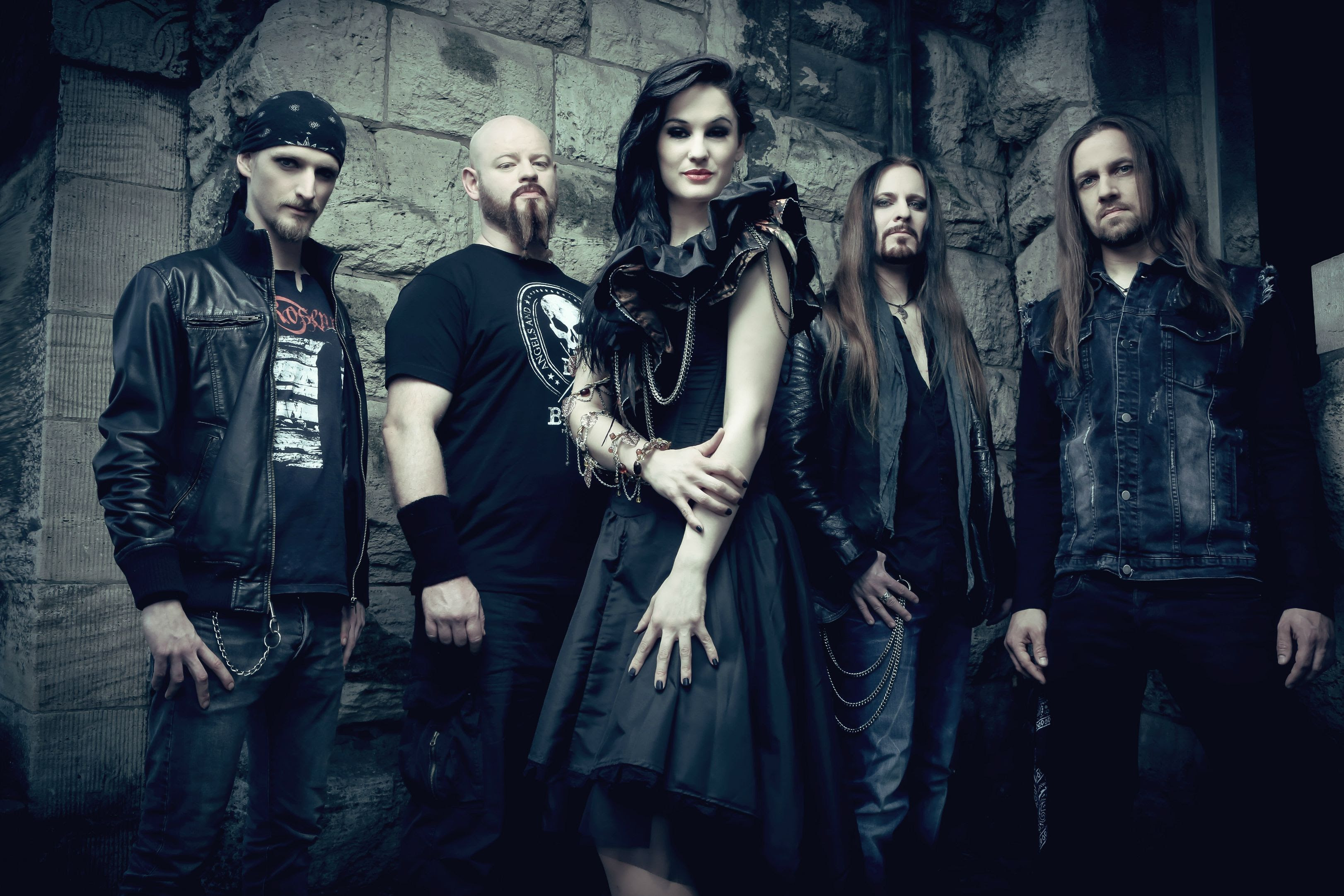 Now, we're going to discover something more, through the beautiful words of their bassist,  Steven Wussow.

Hi there, I'm Dora for Les Fleurs du Mal WebZine. First of all, thanks a lot for the chance you gave us to realize this interview.

LFdM: So, let's start asking how does it feel to be considered as one of the most important contemporary metal bands?


Steven: Oh wow. Thank you for the flowers! Is it really like that? Anyway feels good. Of course.

LFdM: Dianne van Giersbergen's voice has improved even more in this album and it is out of doubt that she gave the band something like an added value. Is there something else, some anecdote you would like to add about Dianne's contribution to Xandria?
Steven: Well, Dianne joined only a few weeks before we were about to enter the Studio to record “Sacrificium”. So it is pretty clear that she could not be that integrated into the whole process of making the album as she was in the making of “Fire&Ashes”. This poor girl had to learn all the old stuff and prepare for the studio within only a few weeks, because the next tour was also already booked! She did a great job!
We all knew that the next record, in this case  the EP “Fire&Ashes", would be the one that shows the real strength of this new  line up. During the last  2 years we  created a sort of   a gang mentality. We are almost like a family. And I think this is what you hear on “Fire&Ashes” as an “improvement”. We have grown together! Never the less “Sacrificium” is still one hell of an album we all are damn proud of!

LFdM:The line-up changes are quite common in the history of a band, but when it comes to the singer it always creates some concern.  Did you feel the need to look for a new balance inside the band? I mean, above all in the songwriting and the arrangements...
Steven: No, not really. Why should we change something that works and that we all love?  This new kind of balance you mentioned comes automatically by having Dianne taking over the lead vocal duties. She sings much different than Manuela and this is the new flavour that came to our sound with the release of “Sacrificium”. 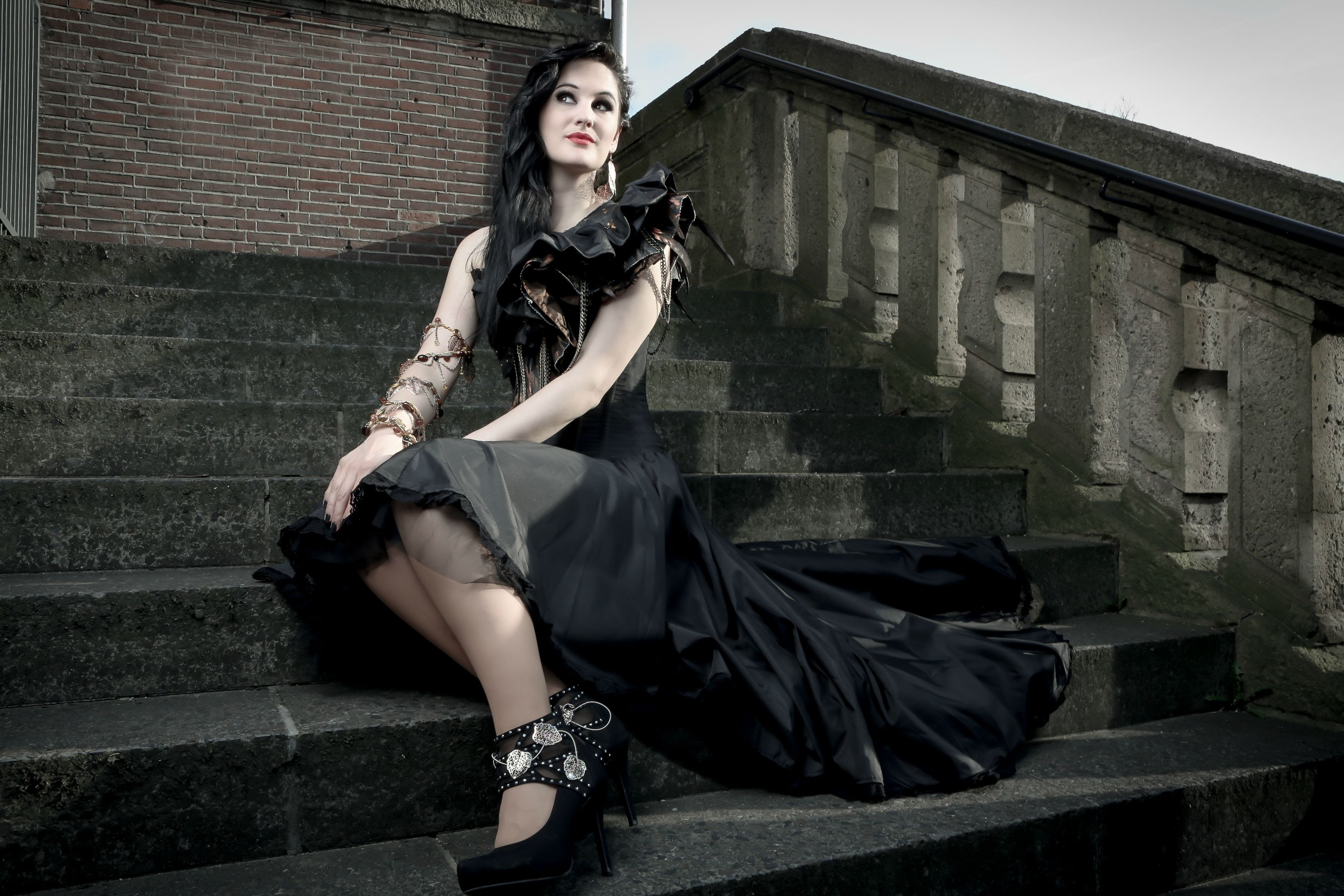 LFdM: Well,  talking about the genesis of Fire & Ashes, what kind of path did you follow to create this EP?
Steven: Actually it was our label that came up with the idea of doing an EP in between two full length albums. We thought it might be a nice format to try out a couple of things we always wanted to do. Like the re-recordings or the cover versions.

LFdM: Still referring to Fire & Ashes, can you tell us how did you develop the concept? What kind of ideas inspired you?
Steven: So, to explain the idea behind the term “Fire&Ashes”: First we have a “Fire” part consisting of 3 brand new songs that were exclusively written for this EP. Then we have an “Ashes Part" with 2 re-recorded songs and the 2 cover versions.
The idea of this “Fire&Ashes” concept  came up pretty quickly as were brainstorming for a title while having the content in the back of our minds. It is always a bit tricky to find a perfectly suitable name for your new kid ;-)

LFdM: Compared to Sacrificium, Fire & Ashes seems to be a way more mature. Which are the main differences and which the common points between them, above all concerning the recording process?
Steven: Uff! Hard to tell. Well it is still Xandria. It is still us. But we have taken the evolution of our sound once again one step further. So real differences… this time Dianne and me were with the band right from the beginning of the whole process. But for the rest?! We are still working with the same team, as our producer Joost van den Broek, who not only produced and mixed the EP, but also helped us with all the classical arrangements. Never change a running system!

LFdM: One of my favourite questions concerns the creative process behind the genesis of an album, above all because the answers are always very interesting. For example do you prefer writing lyrics first or you'd rather compose music and words come after? What is for you the spark that triggers everything?
Steven: In general the music comes first! Marco for example is always humming some kind of melody or riff into his phone. So he has a huge archive of ideas. And the best of them then transfer into the songs on our albums.
With Dianne we have now a second excellent lyricist on board too. Dianne and Marco have very different way of writing lyrics. Both are excellent storytellers with their own, unique touch.

LFdM: What I really love about you is this unmistakable sound, the feature that makes me scream "Hey these are Xandria" as soon as one of your songs starts its first chord in my mp3 shuffle. You are immediately recognizable and yet you add always something new, you are not that easily predictable, as Fire & Ashes remarks. Can you reveal us what it takes to reach enough amount of awareness of yourselves in order to get such kind of final results?
Steven: Hahaha it just needs one Marco Heubaum. Despite all the line-up changes and stuff one thing always remained permanent and this is the bands main songwriter. Marco has an own, very specific handwriting within his songs. Although this handwriting as well as the whole bands sound developed over the years you will always hear that it is a typical Heubaum. So to sum it up it is always a nice cocktail of some good well know and some fresh and new ingredients.

LFdM: After twenty years is it difficult to find the perfect style yet?
Steven: Oh, to be honest if we would have found the perfect style or sound or would have released the perfect album we might have to split up. What is left to achieve then? What should we be aiming for after having released a perfect product?
This is what keeps us going too! I guess there is always something you want to do different or better. although you are still happy with everything you have put on the plate so far.

LFdM: Listening to this album, several songs stand up for themselves for their sound, rhythm, melody, lyrics and so on...  I like " Don't Say A Word (Sonata Arctica Cover) " very much, why did you choose this song among a tons of songs in the world?
Steven: During our US Tour with Sonata Arctica we got the offer to be part of a Sonata Arctica Tribute album that is also about to be released pretty soon. And this is the Track we chose and recorded for this one. Originally it was only meant to be released on this tribute sampler, but we thought that it turned out far too good to be not on “Fire&Ashes”. So here we go! 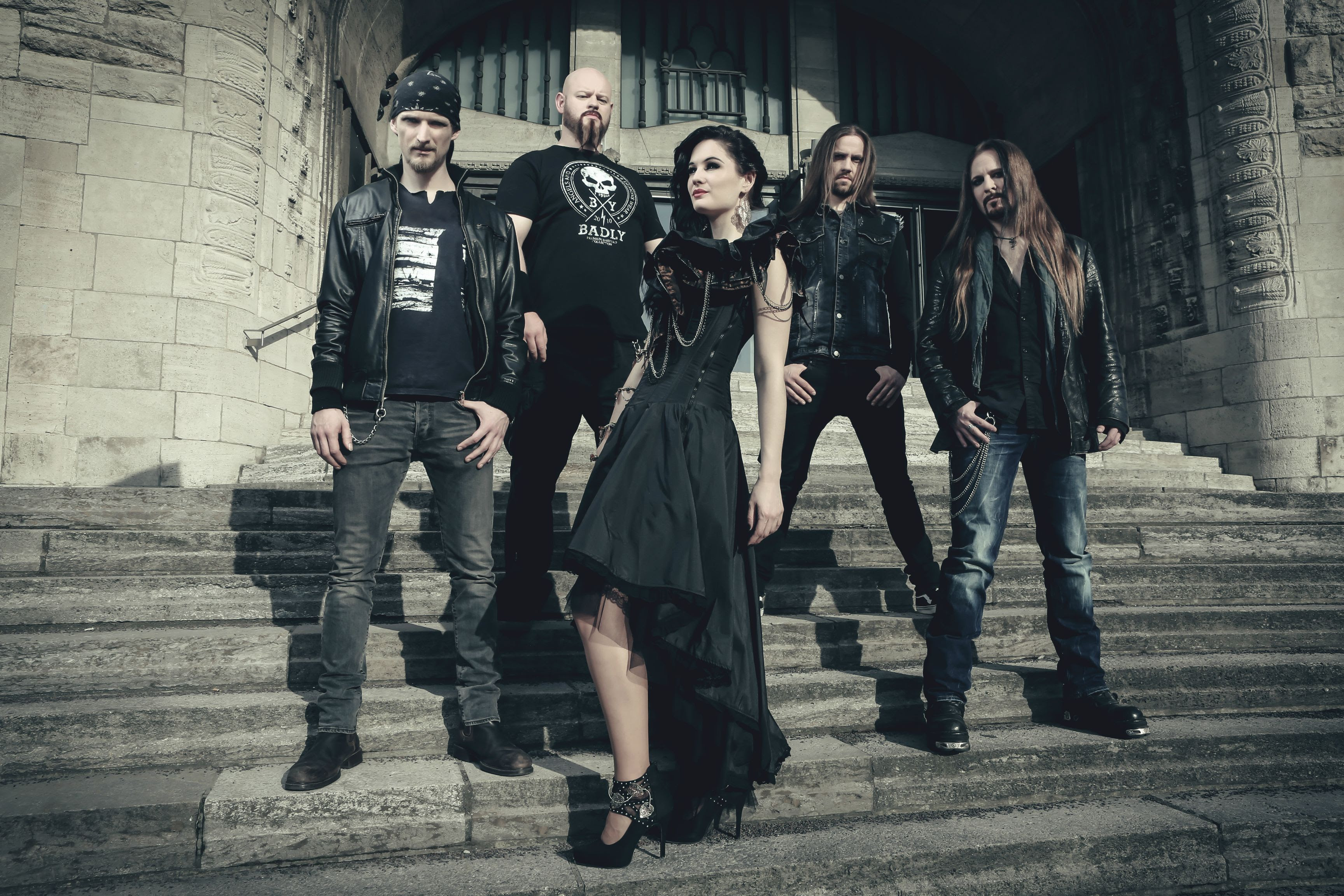 LFdM: Another curiosity that I hope you can satisfy it's about the setlist. How do you chose the songs to be included in it? Is there a song you would love to play but can't for whatever reasons?
Steven: At first there are a couple of songs that always have to be on the setlist. Songs the people really want to hear like “Valentine” or “Ravenheart”. Then you always add some new stuff to showcase your new material. Because the people want to hear it and you also want to play some of  the new tunes you`re so damn proud of.
After that, you maybe add some special songs you didn`t do for a long time or didn`t do ever since.
This is it. As easy as that. Well not that easy to be honest ;-). We always have some tough discussions which of the new songs we should take in the set after an album has been released. Of course this doesn`t mean that the songs that are not considered during a first run won`t be on the list for the next one. The set is always changing at least a little bit during a tour.

LFdM: During your career you made your audience used to always amazing and multifaceted releases, able to tell a lot of stories song after song and I think this is exactly what a band should do: blowing their fans minds away each and every time or die trying. Maybe is this the secret of your success?
Steven: Hahaha maybe. If there is a secret for success I would love to know it ;-) We just do what we love most. And if there is someone who likes it? Perfect!

LFdM: The relationship with the audience is like lifeblood for the artists. The desire to make eveyone happy with their music is what pushes artists to do always the best they can. How is your relationship with your fanbase?
Steven: This is a very good description! It can`t be better than standing on stage, looking into all those happy faces smiling at you, singing our songs and just having a good time. When I see what those songs mean to the people, songs that we loved creating, songs that we love playing, I sometimes get the feeling, even if it sounds maybe a bit cheesy, that we made the world a little bit better. Even it is only for the 90 minutes of a show of for the spin of a record. And believe me, this feeling is worth everything!

LFdM: What are your next tour plans? Do you consider the possibility to have one date in Italy? Have you ever been here?
Steven: In September and October we are supporting Powerwolf on their “Wölfsnächte 2015” Tour. And after some more single shows we are finally playing in China and maybe some other Asian countries in December for the first time.
For 2016 we are already planning to do another headlining run. Hope that we will be able to play in Italy then. But nothings fixed yet, everything is still in planning status right now. So stay tuned.

LFdM: Congrats for Fire & Ashes and for your amazing music. Hoping to see you performing here soon, thanks a lot again for your precious time.
Steven: You are always welcome! Thank you for your support and I hope to see you soon!