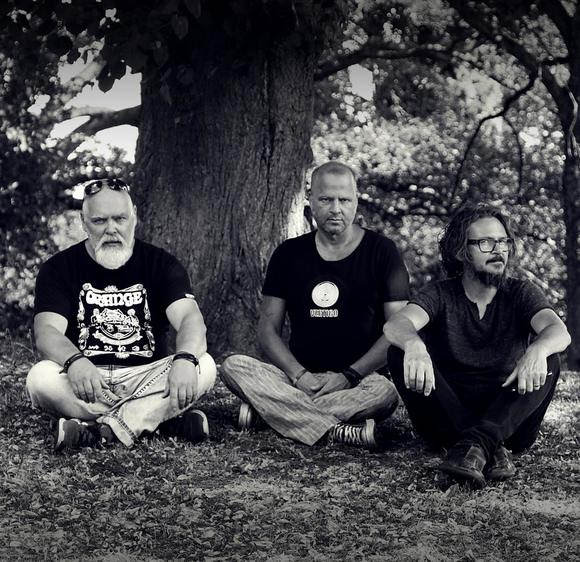 Heavy rockers Grandier are pleased to announce the collaboration with Argonauta Records for their first full length album, due for a release in 2019! Hailing from Norrköping, Sweden, Grandier was formed when guitarist Patrik teamed up with bassplayer and vocalist Lars (ex Bokor) for songwriting and studio sessions. With the inclusion of drummer Claes Pålsson Grandier moved forward as classic power trio.

True to their roots, Grandier focus on slow and heavy riffs influenced by the classic hard rock and early metal, but also with a massive hint of the doom, psych and stoner rock. Add a dose of grandeur and grunge sounds on the other hand, and Grandier deliver some finest head-crushing rock sound nowadays scene will have to offer!

The band released two singles, „Church Of Let It All Go" and „The Crows“, before they caught the attention of Argonauta Records in 2018. Grandier is currently putting final touches on their upcoming record in the studio, which will be seeing the light of day in 2019 with Argonauta Records.

„From the start of the band in late 2016, we wanted to focus on riffs and slow, heavy groove, and Lars vocals. Moody and groovy. So far, it has turned out pretty OK, and we’re quite obsessed with sound, recording and mixing so that’ll probably show, too. We’re also starting to look for shows to play live, but the focus right now is getting the album done.“