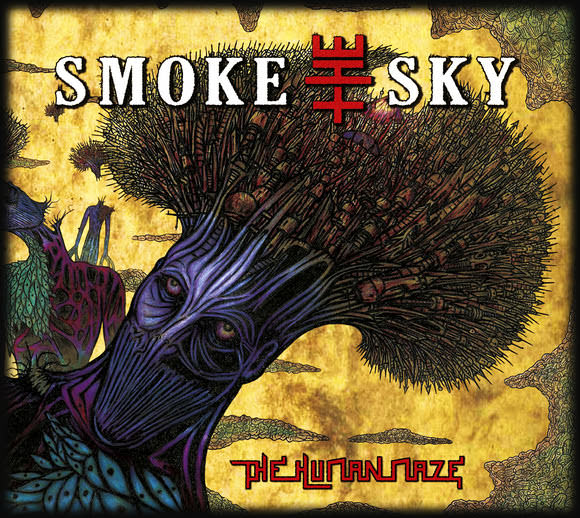 Heavy Metal meets epic rock riffs with a massive dose of the groove and a hint of some Nola-inspired sound: Welcome to up and coming SMOKE THE SKY! Formed in 2010, this four-piece from Munich, Germany, delivers an energetic Rock sound that relentlessly pounds their listener with catchy riffs and memorable choruses. After the band's critically acclaimed debut album 'Leave This World Loud', self-released in 2012 and followed by numerous shows with bands such as HELLYEAH ( R.I.P. Vinnie Paul Abbott ), CROWBAR or Dave Lombardo's PHILM , SMOKE THE SKY have now unleashed a brand new lyric video for the track 'It's Human'.

SMOKE THE SKY's upcoming and second full length album 'The Human Maze', mixed and mastered by Konst Fischer at the Frankin Studios, is set to be released on July 13th 2018. With their new album, SMOKE THE SKY continue to prove how the South of Germany can heavily rock and will surely satisfy all fans of bands alike PRONG, DOWN, ALICE IN CHAINS, PANTERA, CORROSION OF CONFORMITY and beyond!
To give a few more appetizer on the band's sound and new album, SMOKE THE SKY have just recently released the following video clips:

The tracklist for 'The Human Maze' reads as follows:

Coming as CD Digipak, LP and Digital Download on July 13th, 'The Human Maze' is now available to pre-order HERE